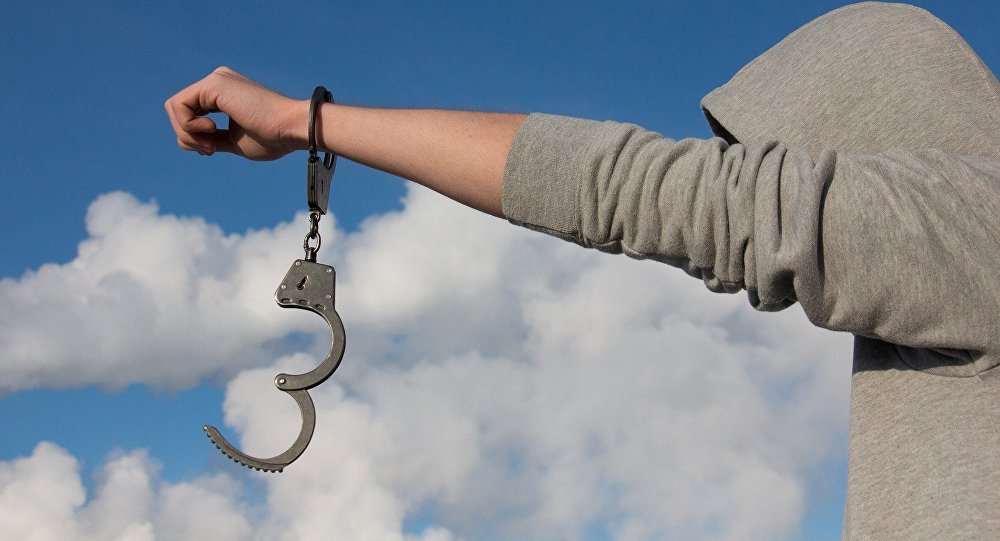 Excellent article by  reporter Chad Sokol of the Spokesman Review describes how, on any given day, thousands of inmates in Washington jails are eligible to be released based on their likelihood to commit new crimes and show up to court before trial, according to a new report from the state auditor’s office.

Auditors found roughly one-third of the state’s jail inmates are candidates for pretrial services such as electronic monitoring, mental health and substance abuse treatment, and texts and phone calls that remind people of court dates.

The auditors also found the cost of incarceration significantly outweighs the cost of pretrial services, concluding such reforms could save $6 million to $12 million in taxpayer money each year while maintaining public safety.

The audit, published last week, makes no policy recommendations but reaffirms what criminal justice activists have been saying for years: The cash bail system disadvantages the poor and fuels recidivism.

“When defendants cannot afford to pay bail, they remain in jail until the trial. Keeping them in jail is costly to the taxpayers . . . Perhaps more importantly, extended jail time before trial can have significant consequences for defendants, as they become more likely to be convicted, more likely to receive a longer sentence, and less likely to gain and maintain future employment.” ~ WA State Auditor’s Office

According to reporter Sokol, the state auditors examined 2016 jail inmate data using the Public Safety Assessment, a risk-assessment tool created by the Laura and John Arnold Foundation. About half of the 4,700 inmates deemed eligible for release were considered likely to reoffend without monitoring and services, while the rest were considered low-risk.

The auditors specifically examined data from Spokane and Yakima counties, which have made concerted efforts to reduce jail overcrowding and eliminate socioeconomic disparities. The auditors found that defendants given pretrial services reoffended at slightly lower rates than those released on bail, but in Spokane County the difference was not statistically significant.

Defendants released through pretrial services in Spokane County, however, were much more likely to show up to court than those released on bail, the auditors found. Failure-to-appear rates for the two groups were 38 percent and 53 percent, respectively.

The audit accompanies another report, published in February by Washington’s Pretrial Reform Task Force, which makes a range of policy recommendations aimed at safeguarding the presumption of innocence enshrined in the Constitution.

The reports found only 28 courts in the state use pretrial services programs. Those include Spokane Municipal Court and Spokane County’s district and superior courts, making the local justice system an outlier in Eastern Washington.

Logan noted bail is “not supposed to be a punitive measure,” and with few exceptions, court rules require defendants be released before trial. The task force concluded the government – not defendants – should bear the cost of pretrial services.

“Accused persons cannot and should not be required to incur additional costs or debts as a result of their participation in pretrial services,” they wrote.

My opinion? This is good news. Releasing individuals when it’s appropriate not only makes sense legally, but ethically and financially as well. Individuals facing charges may continue to support their families, pursue and maintain employment, and seek out mental health or substance use treatment while navigating court proceedings. The resulting stability only makes our community safer.

Please read my Legal Guide taking Making Bail and contact my office if you have a friend or family member who is incarcerated and facing criminal charges. Hiring an effective and competent defense attorney is the first and best step toward justice. Under CrR 3.2, judges can lower bail or release defendants on their personal recognizance while the charges are pending. Washington courts have the opportunity, with more information and robust pre-trial services, to safely release citizens who are charged with criminal offenses and awaiting trial, according to a report released today by Washington’s Pretrial Reform Task Force.

Washington’s Pretrial Reform Task Force was launched in June, 2017. Its purpose was to examine factors driving pretrial decisions that lead to high detention rates, and to develop recommendations for improving pretrial justice in Washington.

“Under current practices in Washington, many courts have limited information about an individual when making pretrial release or detention decisions, and have limited pretrial services to offer as an alternative to jail,” the report states.

“It is my hope that the report sparks dialogue within our trial  courts on what might be necessary improvements to the pretrial phase of the justice process,” said Washington Supreme Court Justice Mary Yu, Chair of the Washington Supreme Court Minority and Justice Commission, one of three sponsors of the Task Force. “We hope courts will review the recommendations and explore new partnerships   in their local communities to reinforce the constitutional presumption of innocence and our court rules that assume pretrial release. We believe the report will encourage alternatives to incarceration. ”

“There are a number of steps courts can take, with the help of the Legislature and local officials, to improve safety, promote justice and ensure that we have a pre-trial system that is fair and equitable,” said King County Superior Court Judge Sean O’Donnell, past-president of the Superior Court Judges’ Association and member of the Task Force’s Executive Committee.

“We know courts are already using pretrial risk assessments across Washington,” said Spokane Municipal Court Judge Mary Logan, co-chair of the Trial Court Sentencing and Supervision Committee and a member of the Task Force’s Executive Committee. “Judges should have all the tools necessary to make informed pretrial release decisions. Courts considering use of risk assessment tools should also plan how to monitor impacts and incorporate evidence-based best practices.”

Membership in the Task Force includes 55 judges, prosecutors, public defenders, bail business owners, court administrators and officials, community members and researchers. The Task Force received training from the national Pretrial Justice Institute through its 3DaysCount Campaign, which is working across the U.S. to encourage evidence-based improvements in pretrial practices.

My opinion? This is good news.

Pretrial detention can have severe consequences for accused persons, particularly in the areas of employment, housing and family. Unnecessary detention is also costly for taxpayers and communities, and conflicts with Washington’s constitution and judicial branch rules, which establish a presumption of release with the fewest conditions necessary. 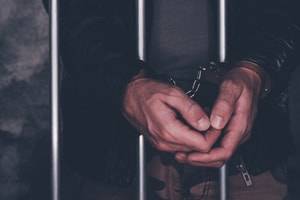 In Manuel v. Joliet, the U.S. Supreme Court held that a person’s pretrial detention for alleged crimes can violate the Fourth Amendment if the judge’s determination of probable cause was based solely on fabricated evidence.

During a traffic stop, police officers in Joliet, Illinois, searched the defendant Elijah Manuel and found a vitamin bottle containing pills. Suspecting the pills to be illegal drugs, the officers conducted a field test, which came back negative for any controlled substance. Still, they arrested Manuel and took him to the police station.

There, an evidence technician tested the pills and got the same negative result, but claimed in his report that one of the pills tested “positive for the probable presence of ecstasy.” An arresting officer also reported that, based on his “training and experience,” he “knew the pills to be ecstasy.” On the basis of those false statements, another officer filed a sworn complaint charging Manuel with unlawful possession of a controlled substance.

Relying exclusively on that complaint, a county court judge found probable cause to detain Manuel pending trial. While Manuel was in jail, the Illinois police laboratory tested the seized pills and reported that they contained no controlled substances. But Manuel remained in custody, spending a total of 48 days in pretrial detention.

For those who don’t know, pretrial detention refers to detaining of an accused person in a criminal case before the trial has taken place, either because of a failure to post bail or due to denial of release under a pre-trial detention statute.

The Federal District Court dismissed Manuel’s suit, holding, (1) that the applicable two-year statute of limitations barred his unlawful arrest claim, and, (2) that under binding legal precedent, pretrial detention following the start of legal process  could not give rise to a Fourth Amendment claim. Manuel appealed the dismissal of his unlawful detention claim. however, the Seventh Circuit Court of Appeals affirmed the ruling. Manuel appealed to the U.S. Supreme Court.

The U.S. Supreme Court decided that Mr. Manuel may indeed challenge his pretrial detention on Fourth Amendment grounds even though he was in custody. It explained that the Fourth Amendment prohibits government officials from detaining a person without probable cause. Furthermore, where legal process has gone forward, but has done nothing to satisfy the probable-cause requirement, it cannot extinguish a detainee’s Fourth Amendment claim.

“That was the case here,” said the Court. “Because the judge’s determination of probable cause was based solely on fabricated evidence, it did not expunge Manuel’s Fourth Amendment claim.” Consequently, Mr. Manuel proved a valid a Fourth Amendment claim when he sought relief for his arrest and pretrial detention.

Furthermore, the Court reasoned that the Seventh Circuit Court of Appeals should have determined the claim’s accrual date, unless it finds that the City has previously waived its timeliness argument. In doing so, the court should look to the common law of torts for guidance while also closely attending to the values and purposes of the constitutional right at issue.

With that, the U.S. Supreme Court reversed and remanded.

My opinion? Good decision. Pretrial release is a huge issue in criminal law.  In Washington, both CrR 3.2 and CrRLJ 3.2.1 govern the release of people accused of crimes. The purposes of the pretrial release decision include providing due process to those accused of crime, maintaining the integrity of the judicial process by securing defendants for trial, and protecting victims, witnesses and the community from threat, danger or interference.

Ultimately, the law favors the release of defendants pending adjudication of charges. Deprivation of liberty pending trial is harsh and oppressive, subjects defendants to economic and psychological hardship, interferes with their ability to defend themselves, and, in many instances, deprives their families of support.

Here, Mr. Manuel was held in jail for 48 days when police lacked probable cause on any charges. That’s awful. Fortunately justice was served when his case was dismissed and that the U.S. Supreme Court upheld his lawsuit.

For more information on getting released from jail, please read my Legal Guide titled, Making Bail. And please contact my office for a free consultation if you, a friend or family member find themselves in jail.