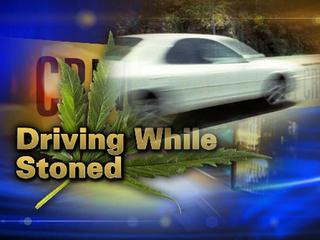 Following the recent passage of Washington Initiative 502 (I-502), it is now legal to possess marijuana in small amounts. Naturally, officers are more suspicious that motorists may be driving under the influence of marijuana, typically called “Drug DUI.” Attorney Alexander Ransom is knowledgeable of the developing legal trends in Drug DUI defense

Under I-502, the legal limit for THC is 5.00 nanograms. Currently, police officers obtain THC readings from blood tests administered in hospitals. Consequently, I-502 gives law enforcement officers more incentive to transport citizens to a hospital and seek a blood test if the officer suspects Drug DUI.

Although some defendants may use drugs under medical marijuana licenses and/or prescriptions, these shall not, by themselves, constitute a defense against charges of Drug-DUI.

Similar to the consequences of an alcohol DUI, citizens refusing blood test shall be charged with an upper level “Refusal” DUI for violating RCW 46.20.308, which is Washington’s Implied Consent Law. Worse, an officer has discretion to immediately seek a warrant for a citizen’s blood. With warrant in hand, the officer may obtain a blood test from the citizen anyway. In short, the impacts of I-502 are extremely egregious.

Fortunately, Alexander knows the developing case law and is aware of the errors law enforcement officers make when investigating citizens with Drug-DUI. Some of these issues – in the form of defenses – are as follows:

There are specific defenses to Drug-DUI charges which may impact your case:

All of these legal issues, and more, greatly affect the outcome of Drug-DUI cases.

Through the years, attorney Alexander has stood out as an experienced, effective and aggressive DUI attorney. He has successfully obtained “Not Guilty” jury trial acquittals and received dismissals on many Drug-DUI cases. Don’t hesitate to contact attorney Alexander F. Ransom for a no-pressure free consultation if you’re facing Drug-DUI charges in Skagit County or Whatcom County. He is here to assist you through these difficult times.