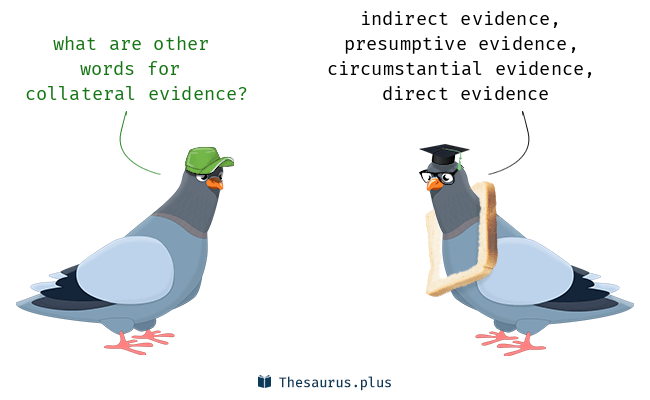 Collateral Evidence can be used to support defenses to criminal charges and give juries a more complete understanding of your case’s dynamics and people’s motives to testify.

What is Collateral Evidence?

A collateral issue is an issue regarding a matter which is tenuously connected to the merits of the case. A trial court can admit or exclude this evidence, depending upon the peculiarities of the case. Under the WA Rules of Evidence, court rules and case law; evidence on collateral issues can be relevant, if the fact(s) that it tends to establish will tend to prove or disprove a fact at issue.

On the related issue of whether the defendant had a reasonable apprehension of danger, evidence demonstrating the victim’s use of deadly weapons and quarrelsome disposition is possibly admissible. In these cases, collateral evidence could take the form of the victim’s prior bad acts, mental health examinations, criminal history, acts of aggression indicating a violent disposition, school disciplinary records, etc. All of these facts are potential collateral evidence which might be admissible to a jury.

How Do Judge’s Decide Whether Collateral Evidence Is Acceptable?

Collateral evidence must be material and relevant to the matters which are sought to be proved. Judges may properly exclude evidence which would have a tendency to mislead, distract, confuse, waste time, or be too remote. However, in order to be relevant, collateral evidence need not establish the proponent’s case theory in and of itself, but it must be at least a piece of the puzzle underlying the facts of the case itself.

What Are Some Examples of Collateral Evidence?

CPS Records, School Records, criminal history (with some exceptions), lawsuits between the parties, the defendant’s past negative contacts with State’s witnesses and/or the victim, etc. Competent defense attorneys are creative in this regard. Basically, any facts which may help clarify the dynamics of a case and/or relevantly challenge the credibility of witnesses and victims are fair game as collateral evidence to be used at trial.

How Do I Obtain Good Collateral Evidence & Get It Admitted?

Experienced attorneys try arguing motions to allow specific and specialized information from particular witnesses who have the authority, background and/or experience who are qualified to speak about the proposed collateral evidence. Some may try persuading judges to sign a Subpoena Duces Tecum.

Other experienced attorneys try admitting collateral evidence by arguing pretrial motions to the judge. Understandably, opposing counsel will undoubtedly object that your proposed collateral evidence is inadmissible hearsay, irrelevant, confusing and/or a waste of time. Consequently, a competent defense attorney will seek collateral evidence that tends to “stand by itself” and survive the inevitable flurry of objections from opposing counsel. These matters require extensive legal research, knowledge of the law, substantive defenses and criminal procedure.

Please contact my office if you, a friend or family member are considering a jury trial and want to admit collateral evidence. Attorney Alexander Ransom is knowledgeable in the rules of evidence, court rules and case law on this subject.