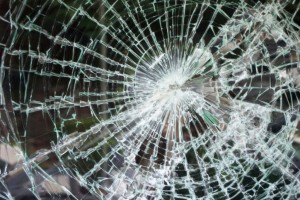 Malicious Mischief is a crime that happens when the defendant knowingly and maliciously causes physical damage to the property of another. It can include anything from breaking a vase while arguing with a loved one to shattering the window of a stranger’s car during a heated argument. Malicious Mischief can also include erasing records, information, data, computer programs, or similar computer-related files from the victim’s computer.

Dismissals: The Compromise of Misdemeanor

In some cases, Alexander has succeeded in dismissing Malicious Mischief cases through Compromises of Misdemeanor under RCW 10.22. This resolution allows dismissal of the charges if the defendant pays for the damages to the property and the victim signs a declaration stating they were paid and do not want the defendant prosecuted. For more information, please read Alexander’s Legal Guide titled, “DISMISSING PROPERTY CASES: THE COMPROMISE OF MISDEMEANOR.”

Prosecutors and judges consider a number of issues in Malicious Mischief cases. Most important, they consider the value of the property damage and whether you were involved in a domestic violence relationship.

Malicious Mischief in the First Degree happens when one knowingly and maliciously causes damage to another’s property in excess of $5,000.00. This is a class B felony.

Malicious Mischief in the Second Degree occurs when one knowingly and maliciously causes property damage in an amount exceeding $750.00. This is a class C felony.

If you or someone you care about is charged with a Malicious Mischief crime in Skagit County or Whatcom County, call attorney Alexander Ransom today for a free, no-pressure case evaluation. Alexander has a reputation in the legal community as an aggressive, effective and experienced criminal defense attorney. He is here to assist you through these difficult times.