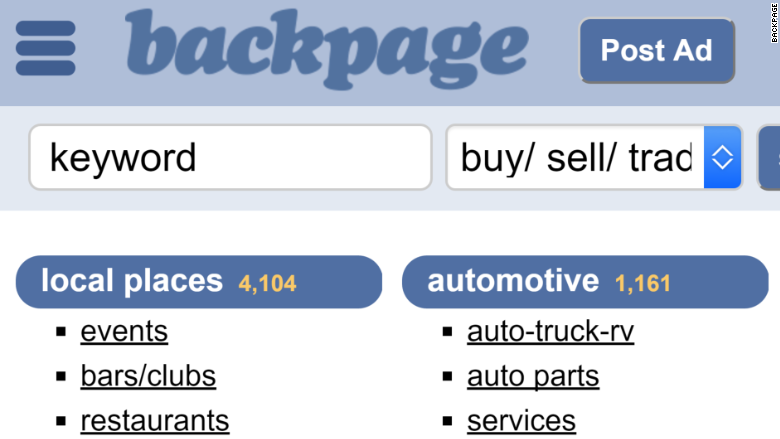 In State v. Butler, the WA Court of Appeals decided a trial court rightfully admitted business records connecting showing the defendant used Backpage.com to facilitate the commercial sexual abuse of a minor because the State’s failure to provide the written notice of the evidence did not prejudice the defendant, who was given the business records months before trial.

N.C. was 14 years old when she first met 22-year-old defendant Ivory Butler. One day, N.C. skipped school and spent the day with Butler. N.C.’s mother found out she had skipped school and punished her. N.C. ran away from home, and Butler picked her up. He took her to a motel room and arranged for her to meet men at the motel for sex. She gave the money she received to Butler. N.C. continued selling sexual services and giving the money to Butler.

Detective Raymond Unsworth found Internet ads on Backpage.com for female escort services with Butler’s phone number listed as the contact number. The ads included photographs of the body, but not the face, of a young woman. The ads alluded to sexual services that would be provided, with the prices that would be charged.

An undercover detective responded to the Backpage ads by contacting Butler’s phone number. The detective, posing as a customer, arranged to obtain sexual services for $300 from a woman in room 201 of the New Horizon Motel. Police found N.C. in that room, together with a disposable cellphone under the mattress, condoms in a Crown Royal bag, and a knife in the bedside table drawer.

At trial, the State sought to admit three exhibits. Exhibits #3 and #4 relate to Backpage ads for escort services. Exhibit #5 was the certification from the Backpage records custodian. Detective Unsworth testified that he found the ads on Backpage’s public website. Each ad included photographs of a young woman, information about the sexual services that could be provided, the price, and Butler’s telephone number as the contact.

Exhibits #3 and #4 compiled the ads that were online, more photographs that Detective Unsworth had not seen online, the date each ad was posted, and the poster’s fictitious name, mailing address, and e-mail address. Backpage provided the certification from its records custodian in response to a search warrant for business records.

The State provided these exhibits to Butler months before trial as part of discovery. The trial court admitted the exhibits over Butler’s objection.

The jury found Butler guilty as charged. On Appeal, Butler argues the Exhibits #3, #4 and #5 were wrongfully admitted.

Butler argues Exhibits #3, #4 and #5 were inadmissible because the State did not give proper notice under RCW 10.96.030(3). This statute contains an exception to the general rule requiring witness testimony to admit business records. To ensure the opposing party has a fair opportunity to challenge the business records and certification, the statute provides in part:

“A party intending to offer a record into evidence under this section must provide written notice of that intention to all adverse parties, and must make the record and affidavit, declaration, or certification available for inspection sufficiently in advance of their offer into evidence to provide an adverse party with a fair opportunity to challenge them.”

Here, Butler argued the State was required to provide a separate written notice to inform him that it intended to rely on RCW 10.96.030 for admission of the business records. But months before trial, the State provided the certification of the Backpage records custodian, together with the Backpage business records. Mid-trial, the State also offered to produce the custodian for live testimony and a defense interview. This allowed Butler ample opportunity to prepare to challenge the records. With that, the Court denied Butler’s arguments:

“Consistent with the cases addressing the child hearsay statute, we conclude the lack of written notice required by RCW 10.96.030 did not cause any prejudice to Butler. He had ample opportunity to prepare to challenge the business records when the State provided all of the proposed business records and the certification from the records custodian months prior to trial.”

Moreover, the Court reasoned that the State offered to call the records custodian as a witness and to allow Butler to interview the custodian. However, Butler declined to request a continuance to interview the witness.

Finally, the Court of appeals rejected arguments that the Backpage ads bolstered N.C.’s testimony tying Butler to the Backpage evidence. The Court reasoned that even without the admission of the Backpage ads, overwhelming evidence links Butler to his exploitation of N.C.:

Consequently, the Court concluded that the lack of written notice required by RCW 10.96.030 did not cause prejudice to Butler. Overwhelming evidence supported Butler’s guilt. 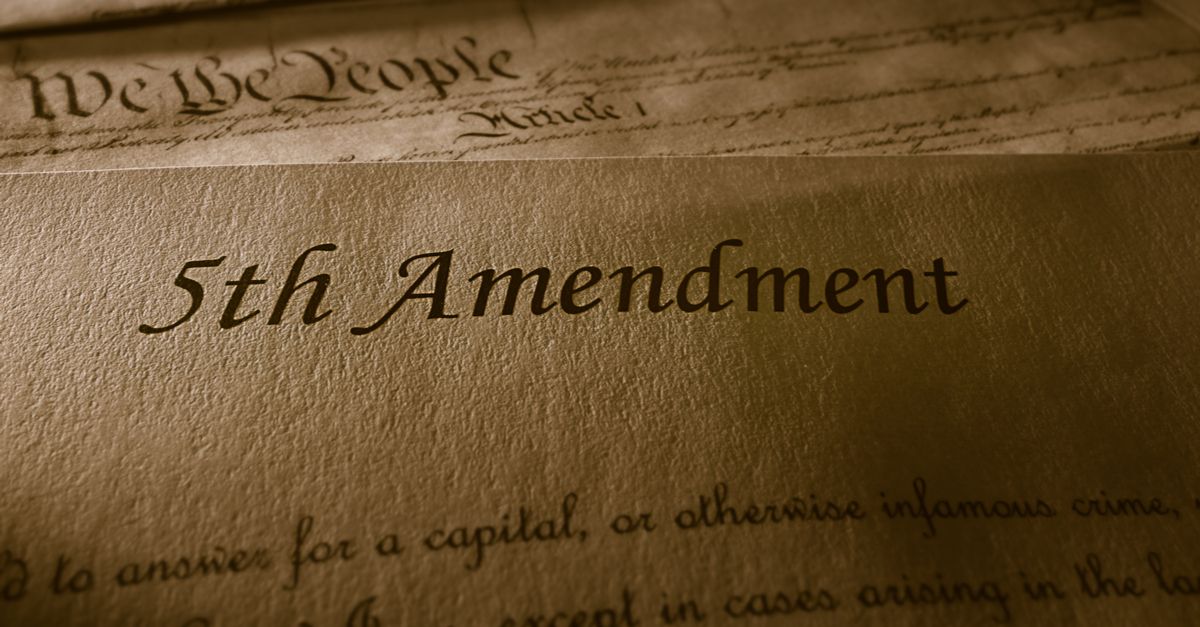 In State v. Magana, the WA Court of Appeals held (1) the Fifth Amendment is not an obstacle to the State’s introduction of a suspect’s pre-arrest silence as evidence of guilt, and (2) the State failed to lay a proper evidentiary foundation for the Lineup ID Report, however, the erroneous admission of the document was harmless error.

Sergio Magana Jr., an adult, met met fourteen-year-old Y.L. through Facebook. After exchanging text messages, Y.L. and Mr. Magana made plans to meet at Y.L.’s home. Mr. Magana wanted to be alone with Y.L. When the day they planned to meet arrived, Mr. Magana went inside Y.L.’s home and forcibly raped her. Not long after leaving, Mr. Magana texted and told Y.L. not to mention his name and to delete all of their text messages because her “age scared him.”
After approximately two weeks, Y.L. reported Mr. Magana’s conduct to the police. Y.L. identified Mr. Magana from a photo lineup and submitted her phone so text messages could be extracted. The police then began looking for Mr. Magana.
After about six weeks, Mr. Magana made contact with the police and spoke to a detective over the telephone. During the call, Mr. Magana arranged to meet with the police. However, he never showed up for his appointment. About a month later, Mr. Magana finally met with a police detective in person. He was advised of his Miranda rights and acknowledged that he had indeed met Y.L. over Facebook, but he denied having intercourse. Mr. Magana was charged with one count of third degree rape of a child. Following a mistrial and then a second trial, he was found guilty by a jury and sentenced by the trial court. Mr. Magana appealed.
1. PRE-ARREST SILENCE.
On appeal, Mr. Magana argued the jury should not have known about his failure to appear for his initial police interview. He claims this was an improper comment on his right to silence, in violation of the Fifth Amendment to the United States Constitution.
However, the Court of Appeals reasoned that the rule from the  United States Supreme Court’s Salinas v. Texas holds that the Fifth Amendment is not an obstacle to the State’s introduction of Mr. Magana’s pre-arrest silence as evidence of guilt. Furthermore, although Washington State’s Constitution typically provides more protections than the U.S. Constitution, “this is not an area where our state’s constitution affords greater protection than the federal constitution.”
Consequently, the Court of Appeals reasoned Mr. Magana was not under arrest or any sort of police custody. They said his scheduled police interview was voluntary, and to the extent Mr. Magana’s failure to appear for the interview was relevant, the State was entitled to present this evidence.
PHOTO LINEUP EVIDENCE.
Also on appeal, Mr. Magana argued the State’s photo lineup exhibit was hearsay and admitted into evidence without proper foundation. However, the State argued that the exhibit was a properly authenticated business record.
The Court reasoned that under RCW 5.45.020 and ER 803(6), a document may be admitted as a business record as long as a witness testifies to the document’s identity and mode of preparation, and explains that the document “was made in the regular course of business, at or near the time of the act, condition or event.”
Here, the exhibit at issue consisted of three pages. The first page is an array of six hand-numbered photos, one of which depicts Mr. Magana. The second page is entitled “Lineup ID Report,” which is a computer-generated report that documents biographical information, including dates of birth, for the six individuals depicted on the photo array. The third page is a copy of the written admonishment form Y.L. signed prior to reviewing the photo array.
However, The Court of Appeals reasoned that during the photo identification process, Y .L. failed to review the second page of the report. Also concerning was that at trial, no witness testimony was presented regarding the creation of the Lineup ID Report included on page two.
For these reasons, and because no foundation was laid for the Lineup ID Report, it was improperly admitted as a business record. Nevertheless, and given the entirety of the evidence, the erroneous inclusion of the Lineup ID Report was harmless error which did not impact the jury’s verdict. With that, the Court of Appeals affirmed Mr. Magana’s convictions, but remand to the trial court for resentencing.