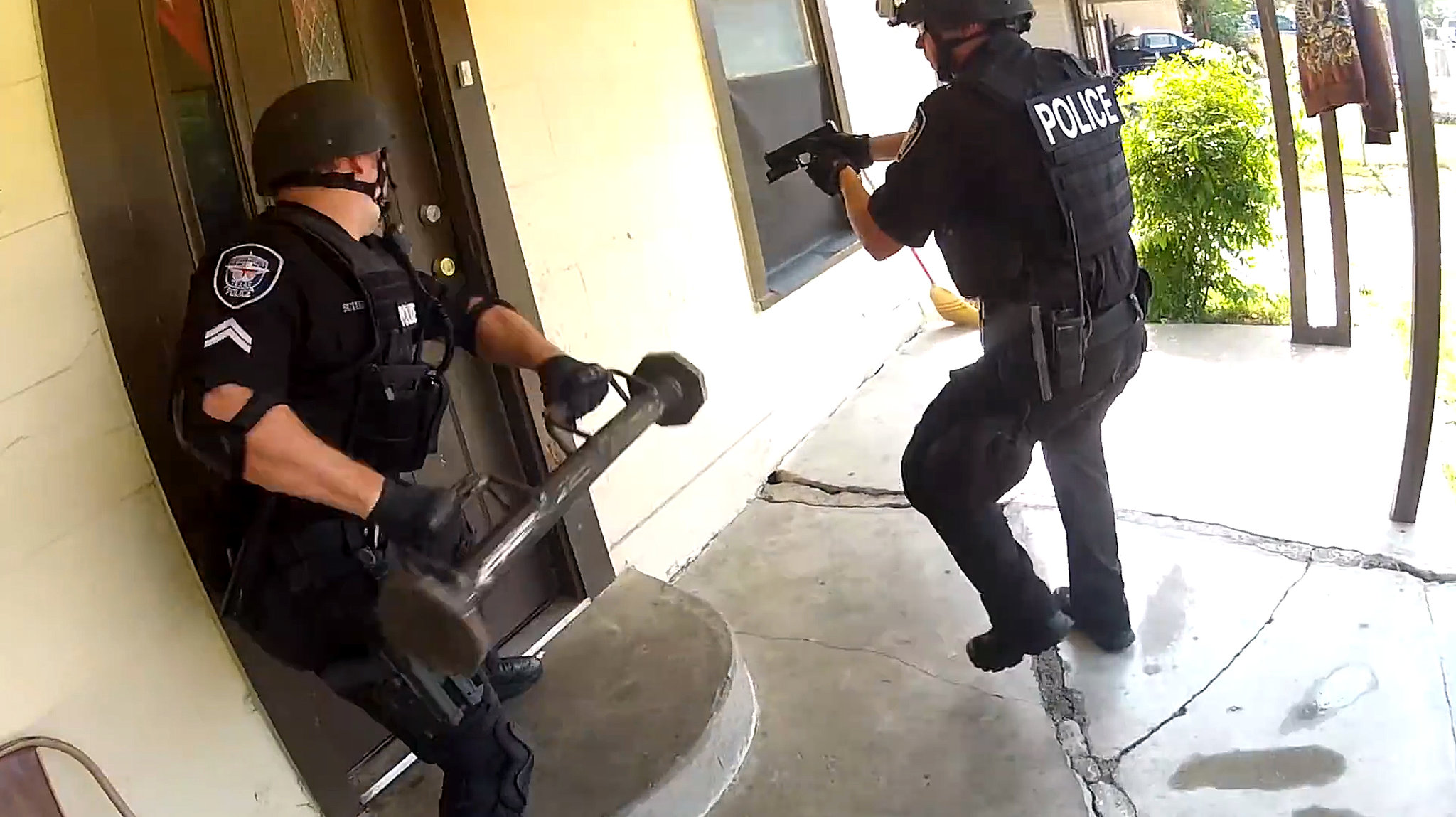 In  County of Los Angeles v. Mendez, the U.S. Supreme Court held that the Fourth Amendment provides no basis to uphold the Ninth Circuit’s “provocation rule,” a doctrine which makes officers liable for injuries caused by their use of force.

The Los Angeles County Sheriff’s Department received word from a confidential informant that a potentially armed and dangerous parolee-at-large had been seen at a certain residence. While other officers searched the main house, Deputies Conley and Pederson searched the back of the property where, unbeknownst to the deputies, respondents Mendez and Garcia were napping inside a shack where they lived.

Without a search warrant and without announcing their presence, the deputies opened the door of the shack. Mendez rose from the bed, holding a BB gun that he used to kill pests. Deputy Conley yelled, “Gun!” and the deputies immediately opened fire, shooting Mendez and Garcia multiple times.

Officers did not find the parolee in the shack or elsewhere on the property.

For those who don’t know, the “Provocation Rule” holds that if a police officer recklessly promotes a potentially violent confrontation with a Fourth Amendment violation, the officer is liable for any injury caused by a subsequent use of force that results from that confrontation, even if the use of force itself was reasonable.

Armed with the “Provocation Rule,” Mendez and Garcia sued the police deputies and the County under 42 U. S. C. §1983. They advanced three Fourth Amendment claims: a warrantless entry claim, a knock-and-announce claim, and an excessive force claim. On the first two claims, the Federal District Court awarded Mendez and Garcia nominal damages. On the excessive force claim, the court found that the deputies’ use of force was reasonable, but held them liable nonetheless under the Ninth Circuit’s provocation rule, which makes an officer’s otherwise reasonable use of force unreasonable if (1) the officer “intentionally or recklessly provokes a violent confrontation” and (2) “the provocation is an independent Fourth Amendment violation,.

The Government appealed the case to the Ninth Circuit Court of Appeals. On appeal, the Ninth Circuit held that the officers were entitled to qualified immunity on the knock-and-announce claim and that the warrantless entry violated clearly established law. It also affirmed the District Court’s application of the provocation rule, and held, in the alternative, that basic notions of proximate cause would support liability even without the provocation rule.

The Government appealed the Ninth Circuit’s ruling to the U.S Supreme Court.

In short, the U.S. Supreme Court held that the Fourth Amendment offers no basis for the Ninth Circuit’s “provocation rule.” It reasoned that the rule is incompatible with this Court’s excessive force jurisprudence, which sets forth a settled and exclusive framework for analyzing whether the force used in making a seizure complies with the Fourth Amendment. The Court reasoned that the legal issue is “whether the totality of the circumstances justifies a particular sort of search or seizure.” Tennessee v. Garner.

The U.S. Supreme thought this approach was mistaken. First, the rule relies on a vague causal standard. Second, while the reasonableness of a search or seizure is almost always based on objective factors, the provocation rule looks to the subjective intent of the officers who carried out the seizure:

“There is no need to distort the excessive force inquiry in this way in order to hold law enforcement officers liable for the foreseeable consequences of all their constitutional torts.”

Plaintiffs can, subject to qualified immunity, generally recover damages that are proximately caused by any Fourth Amendment violation. Here, reasoned the Court, if respondents cannot recover on their excessive force claim, that will not stop them from recovering for injuries proximately caused by the warrantless entry.

“The Ninth Circuit’s proximate-cause holding is similarly tainted,” said the Court. Its focuses solely on the risks foreseeably associated with the failure to knock and announce—the claim on which the court concluded that the deputies had qualified immunity—rather than the warrantless entry.

My opinion? I concur with  blogger Radley Balko’s insights on this. He blogs about criminal justice, the drug war and civil liberties for The Washington Post, and says the following:

“The cops, on the other hand, engaged in some incredibly sloppy policing that nearly got someone killed. They violated the Mendezes’ Fourth Amendment rights not once, but twice. Then they filled the couple with bullets after they mistook Angel Mendez’s reach for his pellet gun as a threat. Angel Mendez was shot five times, and lost his right leg below the knee. Jennifer Mendez was shot in the back. That was 6½ years ago. They still haven’t seen a dime. And after Tuesday’s ruling, it seems unlikely that they ever will.”