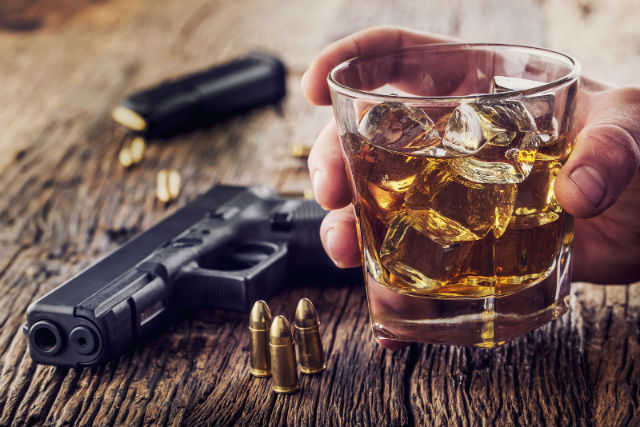 In United States v. Vandergroen, the 9th Circuit Court of Appeals held that the police’s search of a suspicious person was reasonable under the circumstances when bar patrons called 911 minutes before to report the man had a pistol on him.

Late on a Saturday evening of February 17, 2018, a worker at a bar in California called 911 to report that three patrons had seen a man in the area with a pistol on him. In response to this call, the police stopped the man as he drove away, discovered a pistol in his car, and placed him under arrest. The man, Mr.  Vandergroen, argued a Rule 12 motion to suppress the evidence. The lower federal court denied the motion. Vandergroen was subsequently convicted of being a felon in possession of a firearm in violation of 18 U.S.C. § 922(g)(1), which is a federal criminal conviction.

On appeal, Vandergroen now argues that the 911 call should never have led to his stop in the first place because it did not generate reasonable suspicion, and that the evidence of the pistol should therefore have been excluded.

The 9th Circuit Court of Appeals disagreed with Mr. Vandergroen. It affirmed the lower court’s denial of Vandergroen’s motion to suppress and upheld his conviction.

The Court began by saying that under the Fourth Amendment, an officer may conduct a brief investigative stop only where s/he has a particularized and objective basis for suspecting the particular person stopped of criminal activity, commonly referred to as “reasonable suspicion.”

The Court further elaborated that while a 911 call may generate reasonable suspicion, it can only do so when, under the totality-of-the circumstances, it possesses two features. First, the tip must exhibit sufficient indicia of reliability, and second, it must provide information on potential illegal activity serious enough to justify a stop.

With the above in mind, the Court of Appeals delved into its analysis.

“The totality of the circumstances in this case demonstrates that the 911 call was sufficiently reliable to support reasonable suspicion,” said the Court. It reasoned that first, the statements by an independent witness were undoubtedly reliable. “Witness #2 provided his name and employment position, making him a known, and therefore more reliable, witness,” said the Court.

Second, the Court of Appeals reasoned that the statements by the bar’s patrons were also reliable. “Although the patrons remained anonymous during the call, which generally cuts against reliability, their statements exhibited sufficient indicia of reliability to overcome this shortcoming,” said the Court. Finally, the Court reasoned that the reported activity — possessing a concealed weapon  was presumptively unlawful in California and was ongoing at the time of the stop.

In conclusion the Court of Appeals held that the 911 call generated reasonable suspicion justifying the stop and the lower court was correct to deny Vandergroen’s motion to suppress the evidence obtained during the stop. His criminal conviction was upheld.

My opinion? Mind you, this is a federal opinion. Under Washington law, however,  a bare report that someone is in possession of a firearm does not provide reasonable suspicion for an investigative stop. This is because Washington is both an open carry state and liberally grants concealed weapons permits. United States v. Brown.

In Washington, under RCW 9.41.300(1)(d), a stop may have been permissible in this case if the individual with the pistol had been in that portion of the lounge classified by the state liquor and cannabis board as off-limits to persons under twenty-one years of age. That’s because it is unlawful for any person to enter a bar with a firearm.

Please read my Legal Guide on Search and Seizure and contact my office if you, a friend or family member face criminal charges involving a questionable search or seizure of evidence. Hiring a competent and experienced defense attorney is the first and best step towards justice.