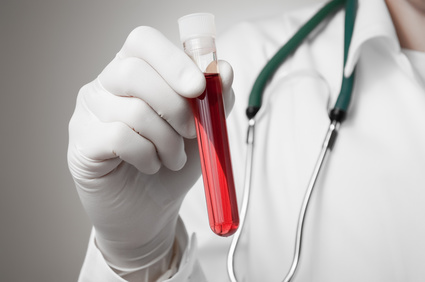 In State v. Rawley, the WA Court of Appeals held that Exigent Circumstances justified an emergency DUI blood draw at the scene of a car collision. Here, the driver exhibited the effects of alcohol and a telephonic search warrant could not be obtained.

At 2:55 PM, Deputy Aman responded to a two-car, head-on collision. The defendant Ms. Rawley had crossed the center line, causing her vehicle to collide with another vehicle. Rawley was trapped in her vehicle.

As Deputy Aman spoke to Rawley, he noted a strong smell of alcohol and that her speech was slurred and repetitive. Rawley admitted to drinking alcohol.

The paramedics freed Rawley from the vehicle and placed her in the ambulance. Deputy Aman went to the ambulance and learned that IV fluids and medications were about to be administered to Rawley.

Rawley appealed on the issues of whether exigent circumstances justified a warrantless blood draw.

The Court began by stating that warrantless searches and seizures are per se unreasonable and in violation of the Fourth Amendment and article I, section 7 of the Washington State Constitution. However, under Missouri v. McNeely, the U.S. Supreme Court recognized an exception to the warrant requirement allows a warrantless search or seizure when exigent circumstances exist.

“Exigent circumstances exist where the delay necessary to obtain a warrant is not practical because the delay would permit the destruction of evidence,” said the Court.  “But the natural dissipation of alcohol in the blood may support a finding of exigency in a specific case, for example, when delay results from the warrant application process.”

Next, the Court of Appeals addressed whether the warrantless blood draw was lawful under the exigent circumstances based on State v. Inman, a WA Court of Appeals case involving  a DUI motor vehicle injury collision occurring in a rural area with spotty phone service. In Inman, the Court held that a search warrant was not required before a blood sample collected under the exigent circumstances exception is tested for alcohol and drugs.

“The circumstances here are like those in Inman. Rawley was in a head-on collision and was trapped inside her vehicle. Her speech was slurred and Deputy Aman could smell intoxicants on her breath. Rawley admitted to drinking. One of the paramedics told Deputy Aman he would be administering IV fluids and then taking Rawley to the hospital. Deputy Aman was aware that IV fluids are generally administered if there is concern for internal injuries. In Deputy Aman’s experience, a warrant request could take on average up to 45 minutes during the day.” ~WA Court of Appeals

The Court of Appeals decided Inman was similar to the present case and was properly relied upon by the trial court. “Accordingly, the trial court’s findings of fact support the trial court’s conclusion of law that exigent circumstances justified the warrantless blood draw based on Inman.”

In closing, the Court of Appeals rejected Rawley’s arguments that a police officer must inquire into the type of IV fluid being administered in order to show that exigent circumstance existed because the IV fluids would alter the blood test results.

“There is no binding legal authority requiring police officers to be knowledgeable of medicines and their effect on blood alcohol content.” ~WA Court of Appeals

With that, the Court of Appeals affirmed Rawley’s conviction for Felony DUI.

Please contact my office if you, a friend or family member face Alcohol DUI charges and evidence was obtained through a warrantless blood draw. Hiring a competent and experienced trial attorney is the first and best step toward justice.