The WA State Patrol (WSP) issued a press release stating WSP Troopers will be out looking for impaired drivers this week in preparation for the New Year. Patrols will be increased to include Troopers brought out to supplement regularly assigned patrols. WSP has partnered with five other states to form the Western States Traffic Safety Coalition. Washington, Oregon, California, Idaho, Nevada and Arizona are working together to save lives by removing impaired drivers from all of our roadways. The message is clear; A New Year but an old truth- There’s no safe place for impaired drivers to hide.

Please contact my office if you, a friend or family member face DUI or any other alcohol-related driving crimes. It’s imperative to hire an experienced defense attorney who is knowledgeable of DUI defense. 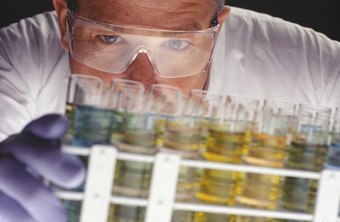 In the deeply divided 5-4 court decision State v. Salgado-Mendoza, the WA Supreme Court held that the trial court did not abuse its discretion in denying the defendant’s motion to suppress the toxicologist’s testimony under CrRLJ 8.3(b) even though the defendant was not informed which State toxicologist would testify.

I originally discussed this case in my blog titled, “Prosecutors Must Reveal Toxicologist Identities in DUI Trials.” At that time, the WA Court of Appeals Division II reversed the defendant’s DUI conviction because the Prosecutor failed to give Defense Counsel the name of their Toxicologist expert witness before trial.

On appeal, however, the WA Supreme Court decided differently. It overturned the Court of Appeals and said the trial court, in fact, was correct in denying the defendant’s motion to suppress the toxicologist’s testimony.

On the evening of August 11, 2012, a Washington State Patrol trooper stopped and arrested Mr. Salgado-Mendoza for DUI. His BAC test showed a blood alcohol concentration of 0.103 and 0.104; which is over the .o8 limit.

Before trial, the State initially disclosed the names of nine toxicologists from the Washington State Patrol toxicology laboratory, indicating its intent to call “one of the following.” It whittled the list to three names the day before trial, but did not specify which toxicologist it would call until the morning of trial, noting that it provided the witness’s name “as soon as we had it and that’s all that we can do in terms of disclosure.”

Mendoza moved to suppress the toxicologist’s testimony under CrRLJ 8.3(b) based on
late disclosure, asking the court to “send a message to the state patrol crime lab and
say this isn’t okay anymore.” The trial court refused, finding no actual prejudice to the defense and observing that the practice of disclosing a list of available toxicologists rather than a specific witness was driven more by underfunding of the crime labs than by mismanagement.

Salgado-Mendoza appealed to the superior court, which found the district
court had abused its discretion. The Court of Appeals affirmed, reasoning that the
delayed disclosure violated the discovery rules and caused prejudice. Again, however, the WA Court of Appeals disagreed.

The WA Supreme Court reasoned that while the State’s disclosure practice amounted to mismanagement within the meaning of CrRLJ 8.3(b), Salgado-Mendoza has not demonstrated actual prejudice to justify suppression.

The majority Court explained that under CrRLJ 8.3(b), the party seeking relief bears the burden of showing both misconduct and actual prejudice.

“In this case, Salgado-Mendoza can demonstrate misconduct within the meaning of the rule, but not actual prejudice. He can prove misconduct because a discovery violation need not be willful—simple mismanagement will suffice. Here, the State’s failure to at least narrow the list of possible toxicology witnesses pretrial reflects mismanagement,” said the Court. “However, Salgado-Mendoza cannot show prejudice that wan’ants complete suppression of the toxicologist’s testimony.”

With that, the WA Supreme Court held that Mr. Mendoza has not demonstrated actual prejudice to justify suppression of the toxicologist’s testimony. “Because there was no abuse of discretion, we reverse the Court of Appeals.”

Justice Madsen authored the dissenting opinion. She was joined by Justices Yu, Gordon McCloud and Johnson.

In short, the dissenting judges disagreed with the majority because they believed the defendant was prejudiced by this delayed disclosure of the possible toxicologists who would testify. They reasoned that forcing a defendant to bear the burden of preparing to cross-examine a long list of witnesses when the State only intends to call one is not how our system of justice operates.

“The State cannot cite funding deficiencies and simply shift its burden of prosecution onto defense counsel,” wrote Judge Madsen. “If the State wishes to pursue prosecution, it must allocate sufficient resources to its departments so that they may operate in a way that is consistent with a defendant’s right to a fair trial.”

“By under-staffing the State’s toxicology laboratory so that they cannot confirm who will testify until the day of trial, the State is not meeting this burden and defendants are being forced to compensate for the deficiency. Therefore, I would find that the trial court abused its discretion by denying Salgado-Mendoza’s motion to suppress the toxicologist’s testimony.”

My opinion? I must agree with the dissenting opinion. Under the Sixth Amendment and the WA Constitution, The State bears the burden of proving their charges beyond a reasonable doubt. Also, the State must follow discovery rules under CrR 4.7. One of the State’s discovery obligations is to name their witnesses who they call to testify. Period. Collateral issues revolving around the State’s under-staffing and a lack of funding should not excuse violating a defendant’s Constitutional rights.