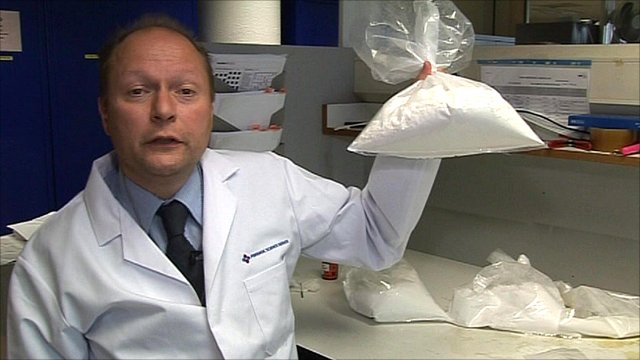 Excellent article by reporter Lewis Kamb of the Seattle Times reports that recent samplings at the Washington’s forensic toxicology laboratory found areas contaminated with methamphetamine and cocaine. This raises further skepticism among defense lawyers about the integrity of blood testing being performed at a lab relied upon in thousands of criminal cases and death investigations statewide.

Apparently, residual levels of cocaine on five sites and meth on four sites within the lab — mostly ceiling vents and air intake systems, a report posted this month on the lab’s website shows. Samples of three additional sites also tested presumptively positive for other drugs.

Kamb reports that defense attorneys are seeking more transparency from the state about the lab’s ongoing contamination problems since last year. The latest sampling only underscores the need for the state to own up to and fix a problem that potentially throws all of the lab’s blood testing into question.

The latest sampling results come after the Tox Lab had falsely detected meth in blood samples tested for 11 cases since 2019. The problems surfaced after the lab expanded its operations in March 2018 across a hallway and into an annex work area where scientists with the State Patrol’s crime lab once had set up makeshift meth labs for training purposes.

But the contamination problems have persisted, with false meth results showing up in two of the 11 cases this year. The results found detectable levels of both methamphetamine and cocaine in samples collected from ceiling vents and the air intake for a lab table in the main laboratory. Cocaine also was found separately in a sample taken from the air intake of a sink in the lab.

Three additional samples garnered presumptive positive results for other drugs, including the diuretics Mannitol and Sorbitol, detected on a lab refrigerator, as well as Nicotine and the psychotropic drug Mitragynine, commonly known as Kratom, found on a lab workbench and on a floor tile outside the entrance to an office.

More samples from Washington’s tox lab will be sent to NIST for its study, and the lab is planning an on-site assessment from the National Institute for Occupational Safety and Health in November — the earliest the federal workplace safety agency could visit.

Kamb reports that internal documents about the Tox Lab’s contamination and expert testimony have helped at least three defendants with meth detected in their blood. All of these defendants denied using the drug and beat DUI charges. And a judge in a Pierce County case ruled in March that the Tox Lab’s testing in a contaminated area amounted to “gross governmental mismanagement.”

My opinion? Unfortunately, these problems are nothing new for the Tox Lab. In 2007, former Tox Lab Director Anne Marie Gordon was accused of falsely certifying quality-assurance samples used in DUI breath-testing. She later resigned. However, Gordon’s denials supported arguments from defense lawyers who later got dismissals on DUI charges.