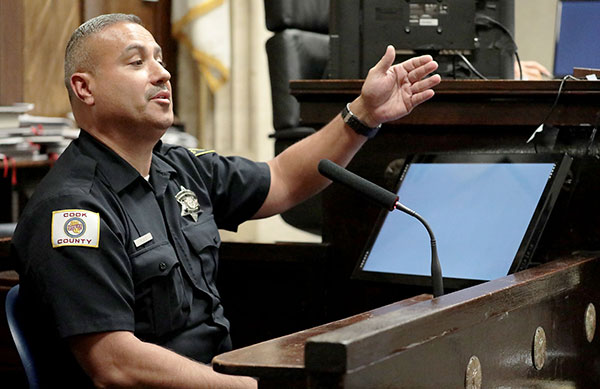 In State v. Palmer, the WA Court of Appeals held that the defendant’s Fifth Amendment Right Against Self-Incrimination was violated when the detective commented about the defendant’s post-arrest silence.

Palmer and his girlfriend, DD, moved in together in 2013. They lived together with DD’s two biological children from a prior marriage, her son AD, and her daughter PD. Palmer and DD also had a baby together, LP. Sometime in 2014, the family moved to Washington. Palmer served as caregiver to the children and in that role disciplined both PD and AD.

During a family car trip in 2016, Palmer grabbed AD by the neck, leaving a scratch. At
some point after the car trip incident, Palmer told DD that PD had touched his penis. Thereafter, PD disclosed to DD that Palmer had touched her vagina. Approximately four months after PD’s disclosure, DD contacted law enforcement. Law enforcement authorities interviewed the children on two separate occasions. Detective Ramirez participated in PD’s interview during which he learned of the accusations against Palmer.

Eventually, Detective Ramirez took Palmer into custody, read him Miranda rights, and questioned him. Ramirez ended the questioning after Palmer repeatedly refused to admit to any wrongdoing. Ramirez returned the next morning for additional questioning, but Palmer refused to talk. The State charged Palmer with one count of child molestation in the first degree and two counts of assault of a child in the second degree.

At trial, the Prosecutor questioned DSetective Ramirez and asked if he had spoken to Palmer after his initial interview. In the presence of the jury, Ramirez testified that he “went back the next morning, thinking that, you know, a day sitting in the county jail, you know, there’s some time to think, and maybe Mr. Palmer would want to do the right thing here.” Ramirez further testified that he told Palmer, “You’ve had some time to think. Do you want to talk?” and that Palmer responded that he did not want to talk.

The jury convicted Palmer of all charges.

On appeal, Palmer argued his right against self-incrimination was violated when Detective Ramirez discussed Palmer’s decision to remain silent.

The Court began with an engaging discussion of the Fifth Amendment. In short, a defendant’s right against self-incrimination prohibits the State from eliciting comments from witnesses about the defendant’s pre- or post-arrest silence. The State may also not suggest the defendant is guilty because they chose to remain silent, because the assurance of Miranda is that remaining silent will not be penalized.

Here, the State unequivocally elicited a comment from Ramirez about Palmer’s decision
to remain silent.

“Ramirez’s testimony was a comment on Palmer’s right to remain silent. More pointedly, contrary to State v. Easter, the State suggested that Palmer was guilty due to his silence. Indeed, Ramirez testified that Palmer remained silent after being given a chance to “do the right thing” by admitting criminal conduct. This statement presupposed Palmer’s guilt and created an impossible choice: Palmer could either do right by confessing to molesting a child or do wrong by remaining silent.”

“Implicit in the ‘silence equals wrongfulness’ notion is that silence withholds the ‘truth’—that ‘truth’ being one’s criminal conduct, even if there was no criminal conduct. In this context, a defendant cannot maintain their presumption of innocence by remaining silent. A detective’s belief on this front may assist with their investigative duty, but established authority prohibits using a defendant’s right to remain silent to suggest guilt to the jury.” ~WA Court of Appeals.

The Court of Appeals concluded by saying that alone, this violation may warrant reversal and a new trial. “However, because we reverse on other grounds, we remind the State that it is forbidden from eliciting comments about Palmer’s silence during his new trial.” With that, the Court of Appeals reverse the convictions and remanded to the trial court for a new trial.