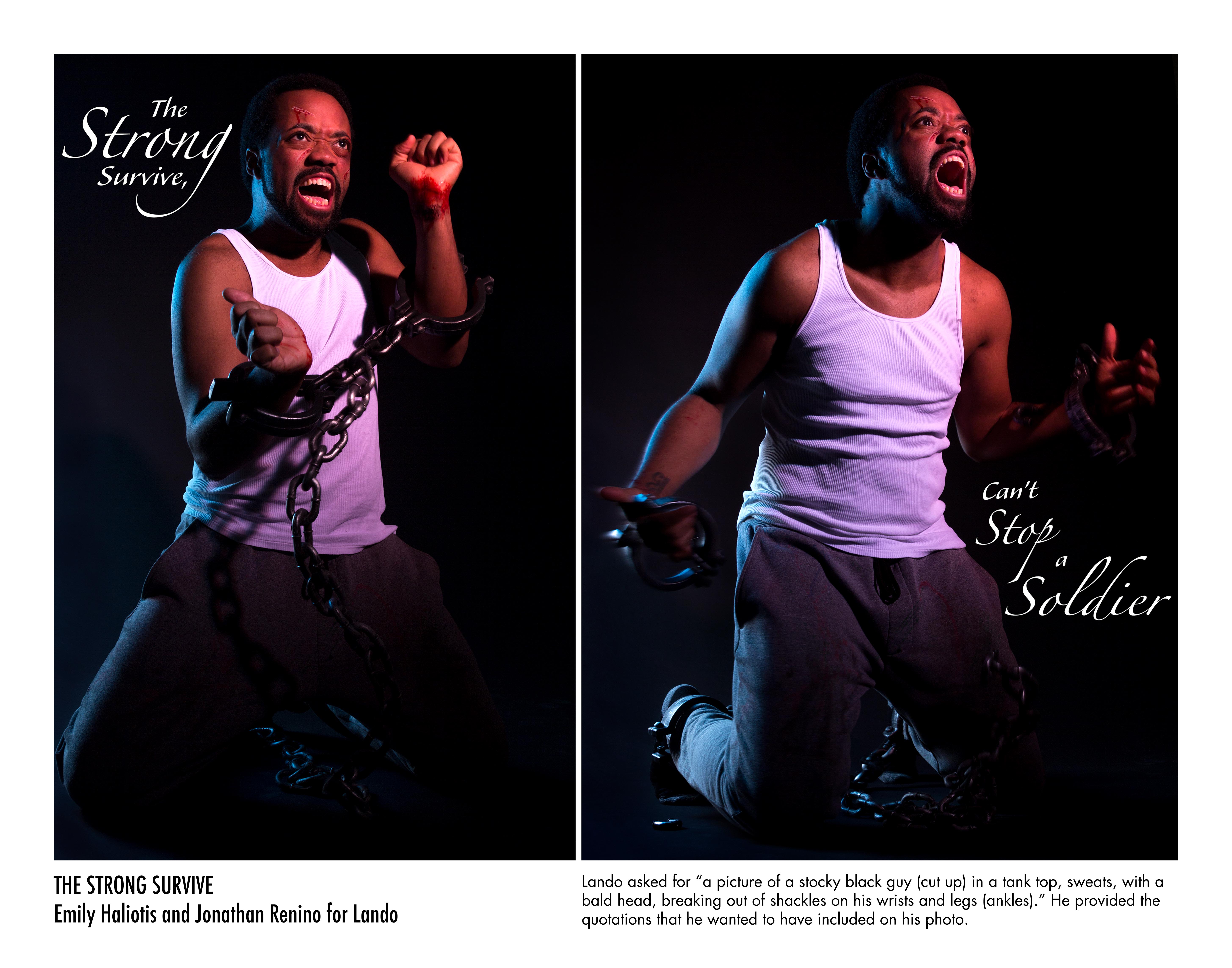 The project “Photo Requests from Solitary” offers inmates held in solitary confinement a chance to ask for any image that they want, and to get their request fulfilled by professional photographers, artists. The inmates’ ideas range from the mundane to the elaborate—from a simple photo of a frog in its natural habitat, to an imaginary scene where a black man dramatically unshackles.

According to Kozlowska, the exhibition opened Sept. 13 as part of Photoville, a photography festival in New York’s Brooklyn Bridge Park. Viewers see the requests and the photos alike. It’s meant to raise awareness about solitary confinement, as a movement to abolish isolation in New York prisons is gaining ground. Meanwhile, the photos, sent to inmates in their cells, provide them some form of relief in conditions of extreme sensory deprivation and isolation proven to be psychologically damaging.

“The idea is that human imagination can survive even this,” said Jean Casella co-director of the watchdog group Solitary Watch. “When you ask people what they want to see, there’s never any shortage of images or fantasies… Part of the message of this show is that you can’t take that away, no matter what you do.” The exhibit also shows the inmate’s detailed requests, which the organizers say are just as powerful, if not more moving to the viewer.

The project started in 2009, within a group working to shut down the notorious Tamms Correctional Center, a super-max prison in Illinois. The inmates were strictly isolated from each other and the outside world, says Laurie Jo Reynolds, an artist and activist.

When discussing a poetry exchange with inmates, someone asked if they could send the prisoners photos. But with each photo sent, the inmate would have to give up one of their own. Reynolds asked: “Why not ask them what they want?”

Tamms was shut down in 2013, and the project was expanded to other states. The Brooklyn exhibition shows requests and photos from New York.

Over the years, certain categories emerged in what the inmates wanted to see in their cells. “I think those categories are useful in thinking about the experience of being in prison,” Reynolds says.

Artistically speaking, inspiration can come from many places. Dark and lonely places; even, where people are forgotten, downtrodden, separated from families and their aspirations destroyed by their choices and terrible circumstances. What do prisoners think about when placed in solitary confinement? What does one dream and yearn for? These visions of freedom are powerful indeed.