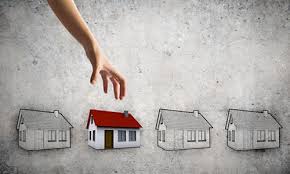 In State v. Rivera, the WA Court of Appeals Div. II decided a trial court lacks authority to order defendants to forfeit their property as a condition of their felony sentencing.

On September 20, 2014, Alicia Clements arrived at defendant Kevin Rivera’s home to serve him papers concerning a civil matter. Ms. Clements exited her vehicle to tape the documents to a post near Mr. Rivera’s driveway. While Clements was posting the paperwork, Rivera and his wife came out the front door and into the driveway. Rivera yelled at Clements that she was trespassing and needed to leave.

As Clements was getting back into her car, Rivera took down the documents she posted and approached her car to return them. In the process of returning the documents, Rivera shattered the driver’s side window on Clements’s car, causing glass to cascade into the car and onto the street.

Ms. Clements claimed that her window was completely rolled up and that Rivera had deliberately punched through the window with the documents in hand, striking her twice with his fist in the process. However, Rivera stated that Clements’s window was still open when he returned the documents, but that because Clements was attempting to roll up her windows, his fingers caught the edge of the window causing it to shatter.

At trial, Rivera conceded that he had broken Clements’s window, but argued he did so accidentally rather than intentionally. The jury convicted Rivera of second degree assault and third degree malicious mischief. As part of his sentence, Rivera was required to forfeit “all property.”

The Court of Appeals held that the trial court lacked authority to order property forfeiture as a sentencing condition.

With that, the Court of Appeals held that the trial court erred by ordering forfeiture of seized property as a sentencing condition.

My opinion? Good decision. I’ve never heard of courts seizing a defendant’s property as a condition of sentencing. Indeed, the Fifth Amendment states that a person may not be deprived of property by the government without “due process of law,” or fair procedures. Typically, if property is an issue, then courts can lawfully order a defendant to pay restitution to the victim for the loss or damage to victim’s property. This makes sense. But to actually take a defendant’s property as a sentencing condition? No.