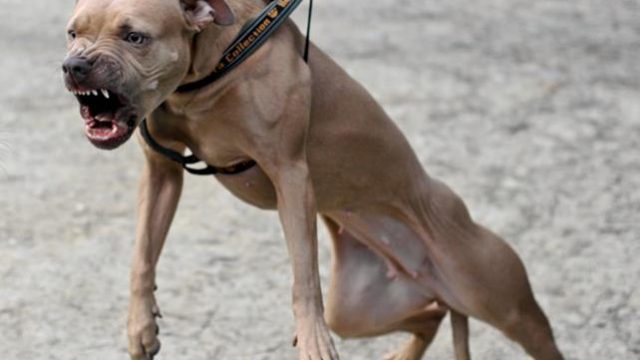 In State v. Werner, the WA Supreme Court held that a defendant is entitled to a jury instruction on self-defense in the prosecution for first degree assault after accidentally discharging a firearm when confronted by a neighbor’s pack of dangerous dogs.

“Victim” Daniel Barnes moved to the property next door to to defendant Gary Werner. Almost immediately, Werner and Barnes  began an ongoing property dispute concerning a shared easement.  Barnes kept seven dogs on Barnes’s property, including a Rottweiler and pit bulls. At least  three times before the incident giving rise to criminal charges, the dogs came onto Werner’s property and acted menacingly, barking and circling Werner. Werner started carrying a handgun with him on the property because he was afraid of the dogs.

The property dispute  intensified.  On the day of the incident, Werner was on his property in the easement area when one of Barnes’s pit bulls approached him, baring its teeth. Werner noticed six other dogs with the pit bull, including the Rottweiler and other pit bulls.  The dogs started circling Werner.  He pulled out his pistol, thinking he could scare the dogs, and started yelling for Barnes to call off the dogs.  Werner panicked and called 911 on his cell phone, but due to his arthritis, the gun went off, discharging into the ground.  The police were contacted.

The Court reviewed the law on self-defense.  “To prove self-defense, there must be evidence that (1) the defendant subjectively feared that he was in imminent danger of death or great bodily harm; (2) this belief was objectively reasonable; [and] (3) the defendant exercised no greater force than was reasonably necessary.” Callahan, 87 Wn. App. at 929 (citation omitted).

The Court reasoned that here, Werner stated that he was afraid. That fear was arguably reasonable, given that he was facing seven snarling dogs, including several pit bulls and a Rottweiler.  Pursuant to State v. Hoeldt, 139 Wn. App. 225, 160 P.3d 55 (2007), a pit bull can be a deadly weapon under RCW 9A.04.110(6). There is evidence that Barnes’s friend refused requests to call off the dogs. By that conduct, Werner could reasonably have believed that Barnes’s friend personally posed a threat through the agency of a formidable group of canines that were under his control.

My opinion?  Good decision.  A pack of wild dogs surrounding and growling at you definitely warrants self-defense.  That’s a no-brainer!  The “victim” is lucky none of his dogs were killed.