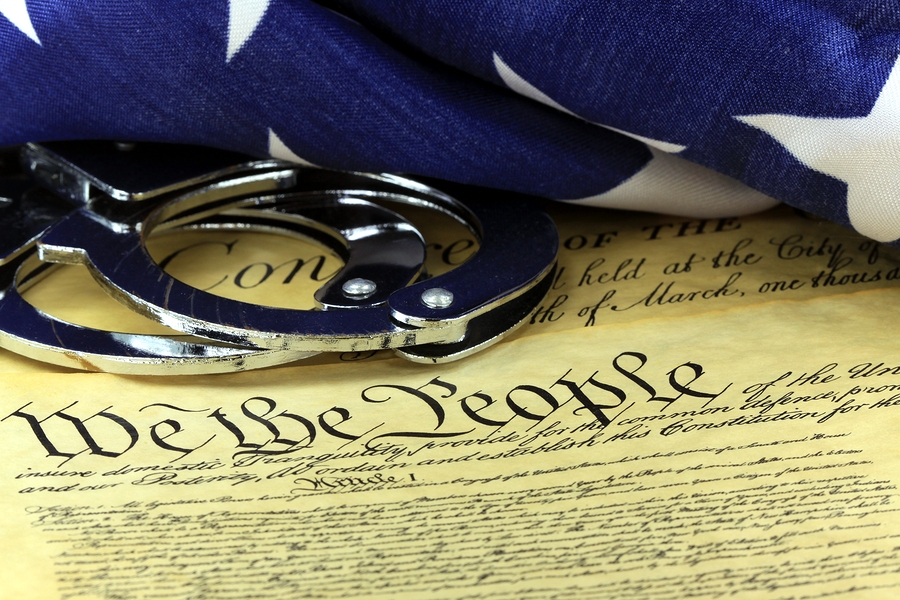 In Utah v. Strieff, the U.S. Supreme Court held in a 5-3 vote that an illegal police stop and resulting drug arrest did not ultimately violate the Fourth Amendment because the officer later discovered the defendant had an outstanding traffic warrant.

The case began when a police officer stopped Edward Strieff on the street and ran his identification. The state of Utah concedes that this was an illegal police stop. However, when the Officer ran Strieff’s identification, it was discovered that Strieff had an outstanding traffic warrant. The officer then arrested him, searched him, and discovered drugs in his pockets. Strieff argued that the drugs should have been inadmissible under the Fourth Amendment because they are the fruits of an illegal search.

In an opinion authored by Justice Clarence Thomas, the U.S. Supreme Court disagreed with Mr. Strieff, ruled for the State, and found there was no flagrant police misconduct:

Furthermore, the Court also noted that although the Exclusionary Rule prohibits the admissibility of evidence which is illegally seized in violation of people’s Constitutional rights, there are several exceptions to the rule. One exception is the Attenuation Doctrine, which admits typically inadmissible evidence when the connection between unconstitutional police conduct and the evidence is sufficiently remote or has been interrupted by some intervening circumstance.

The Court reasoned that the Attenuation Doctrine therefore applies here, where the intervening circumstance is the discovery of a valid, pre-existing, and untainted arrest warrant: “Assuming, without deciding, that Officer Fackrell lacked reasonable suspicion to stop Strieff initially, the discovery of that arrest warrant attenuated the connection between the unlawful stop and the evidence seized from Strieff incident to his arrest.” Justice Thomas’s majority opinion was joined by Chief Justice John Roberts and Justices Anthony Kennedy, Stephen Breyer, and Samuel Alito.

“The Court today holds that the discovery of a warrant for an unpaid parking ticket will forgive a police officer’s violation of your Fourth Amendment rights. Do not be soothed by the opinion’s technical language: This case allows the police to stop you on the street, demand your identification, and check it for outstanding traffic war rants—even if you are doing nothing wrong. If the officer discovers a warrant for a fine you forgot to pay, courts will now excuse his illegal stop and will admit into evidence anything he happens to find by searching you after arresting you on the warrant. Because the Fourth Amendment should prohibit, not permit, such misconduct, I dissent.”

“This case tells everyone, white and black, guilty and innocent, that an officer can verify your legal status at any time. It says that your body is subject to invasion while courts excuse the violation of your rights. It implies that you are not a citizen of a democracy but the subject of a carceral state, just waiting to be cataloged.”

My opinion? I agree with Sotomayor’s dissent. Utah v. Strieff is a terrible blow to every American’s Fourth Amendment rights to be free from unlawful and intrusive government searches. Period.

That aside, will Utah v. Strieff negatively impact the constitutional rights of citizens in Washington State? Probably not. We already have time-tested precedents like State v. Doughty, State v. Afana and State v. Winterstein. All of these WA Supreme Court cases – and more – are recent opinions that are factually similar to Utah v. Streiff. Fortunately, these cases have already ruled against police officers violating people’s Constitutional rights against illegal search and seizure.

As a colleague of mine said, “The rest of the country may be SOL, but Utah v. Strieff should not survive here in WA State.”