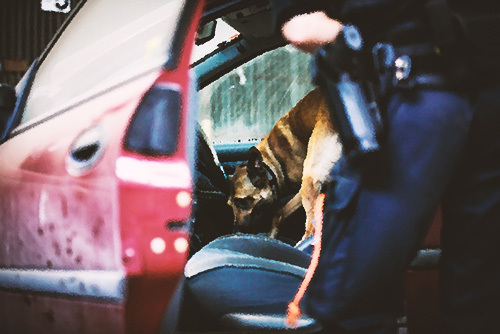 In State v. Patton, the WA Supreme Court held that an automobile search which happens after arrest is not justified unless the defendant is within reaching distance of the passenger compartment at the time of search and the search is necessary for officer safety or to secure evidence of the crime of arrest.

Randall Patton was wanted on a felony warrant.  A Skamania County Sheriff Deputy spotted him. Patton was on his property and leaning into his own car through the window, rummaging with something on the seat.  The Deputy told Patton he was under arrest.  Patton fled, but was soon apprehended inside a trailer.

Deputies searched the car and found methamphetamine. Patton challenged that the search violated his state and federal constitutional rights because it was not a valid search incident to arrest. The trial court suppressed the evidence but was reversed by the Court of Appeals.

The Court found that Patton was arrested when the officer “manifest[ed] an intent to take [him] into custody” while Patton was standing by his car. Nevertheless, “the search incident to arrest exception is narrow and should be applied only in circumstances anchored to the justifications for its existence.”  The court elaborated their reasoning with the following:

Congratulations to Justice Jim Johnson, who found the case identical to Arizona v. Gant, decided earlier this year by the United States Supreme Court.   In Gant, the U.S. Supremes held that a search conducted by police officers after handcuffing the defendant and securing the scene violates the Fourth Amendment’s protection against unreasonable searches and seizures.

Please contact my office if you, a friend or family member are charged with a Drug Offense or any other crime involving Search and Seizure. Hiring an effective and competent defense attorney is the first and best step toward justice.