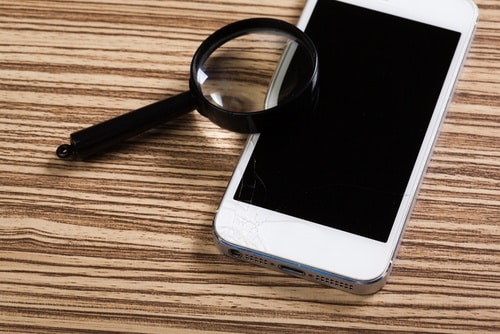 In State v. Keodara, the WA Court of Appeals ruled that a search warrant was overbroad in violation of the particularity requirement because it allowed police to search a cell phone “for items that had no association with any criminal activity and for which there was no probable cause whatsoever.”

In 2011, the defendant Say Keodara was involved in a shooting at a bus stop.  Several weeks later, police arrested him for an unrelated incident. They searched his backpack and found his cell phone. Outside the backpack police found drugs, drug packaging and drug paraphernalia.  An officer submitted an affidavit in support of a search warrant for the contents of the cell phone.

The affidavit made several generalizations about drug dealers and gang members in support of the officer’s conclusion that there was evidence of crime on the cell phone. The judge issue the warrant pursuant to the affidavit, which ultimately allowed police to search Keodara’s entire phone without any limitations.  Police searched the phone and found evidence that the State used when trying Mr. Keodara for the shooting at the bus stop.

Ultimately, the court held that although the search of Keodara’s phone violated the federal
constitution, the failure to suppress the evidence was harmless. It also held that Keodara’s sentence violated the 8th Amendment because the court failed to Keodara’s youth and other age-related factors into account. Accordingly, the court affirmed Keodara’s conviction but remanded for a new sentencing hearing.

In reaching its decision, the court reasoned that a warrant is overbroad if it fails to describe with particularity items for which probable cause exists to search. In this case, the affidavit for the warrant for Keodara’s phone contained blanket statements about what certain groups of offenders tend to do and what information they tend to store in particular places. Furthermore, the warrant’s language also allowed Keodara’s phone to be searched for items that had no association with any criminal activity and for which there was no probable cause whatsoever. The court also said the following:

Here, no evidence was seized that would have linked Keodara’s phone to the crimes listed in the warrant-unlawful possession of firearms, possession with intent to deliver or sell narcotics, or assault. Nothing in the record suggests that anyone saw Keodara use the phone to make calls or take photos. In addition, the phone was found in a backpack, separate from the drug paraphernalia or the pistol. There was no indication that evidence of firearms or drugs were found with the phone. We conclude that the warrant was overbroad and failed to satisfy the Fourth Amendment’s particularity requirement.

Nevertheless, the Court of Appeals also held that the trial court committed harmless error in admitting evidence police found on the phone:

Here, the untainted evidence of Keodara’s guilt was strong. Cellular phone tower records placed him near the location of the shooting, two eyewitnesses identified him, and another witness testified that Keodara contacted him and told him about the shooting. We find that the trial court’s denial of Keodara’s motion to suppress does not warrant reversal and, accordingly, we affirm his convictions.

The Court of Appeals also addressed the issue of whether Keodara’s sentence violated the Eighth Amendment. In short, the court said, “Yes.” It reasoned that the trial court did not take into account that Keodara was a juvenile at the time he committed the crimes or consider other age related factors that weigh on culpability or his capacity for rehabilitation. Based on that, the Court concluded that the sentence imposed in this case violated Keodar’s constitutional rights under the Eighth Amendment. Accordingly, the Court of Appeals vacated the sentence and remanded for a new sentencing hearing.

My opinion? Good decision. It appears that, more and more, our courts are rightfully acknowledging a Defendant’s youth at sentencing.