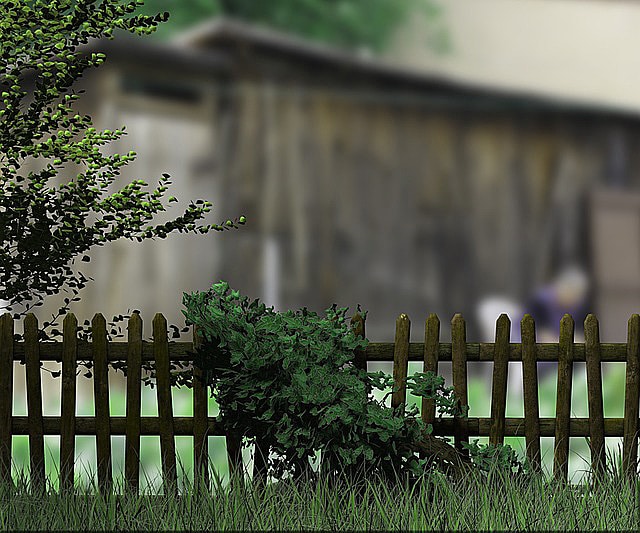 In State v. Engel, the WA Supreme Court ruled that a man suspected of stealing aluminum auto wheels from a rural business wasn’t guilty of committing Burglary in the Second Degree — an extremely serious felony — because the property wasn’t fenced on all sides.

Roger Engel was convicted of second-degree burglary after stealing some wheels from a large private yard that was partially enclosed by a fence and partially bordered by sloping terrain. Burglary in the second degree requires entering or remaining in a “building.” RCW 9A.52.030. A “building” is defined to include a “fenced area.” RCW 9A.04.110(5). Engel challenged his conviction, claiming the yard was not a “fenced area” under the statute.

The business premises Engel entered covered seven or eight acres and included several buildings and a large yard. The entrance to the property was gated. One-third of the property, including the side fronting the road, was fenced by chain link fence with barbed wire on the top.

The Supreme Court agreed with Engel’s argument, with Justice James Johnson writing the unanimous opinion. “Upholding an overly broad definition of ‘fenced area’ would extend criminal liability beyond what is warranted by the plain language of the statute, as understood in the context of the common law.

Therefore, the Court of Appeals decision affirming Engel’s conviction is reversed and the case is remanded with instructions to vacate the conviction and dismiss the charge.”

My opinion?  I wholeheartedly agree with the WA Supremes for two reasons.  First, under the state’s interpretation of “Burglary,” would-be petty criminals who trespass might be liable for burglary even if the property line at their point of entry were unfenced and unmarked, even if they remained on the property without approaching any buildings or structures, and even if the property were such that they could enter and remain without being aware that it was fenced.  These kinds of examples are well outside the category of offenses the legislature intended to punish as burglary.

Second, Burglary is a serious crime with serious consequences. An arrest and conviction for a residential burglary, or any other property crime, can be a life-changing event that may result in penalties such as mandatory state prison time. Residential burglaries have reached epidemic proportions in many communities and courts are routinely handing out stiff penalties, even to first time offenders.