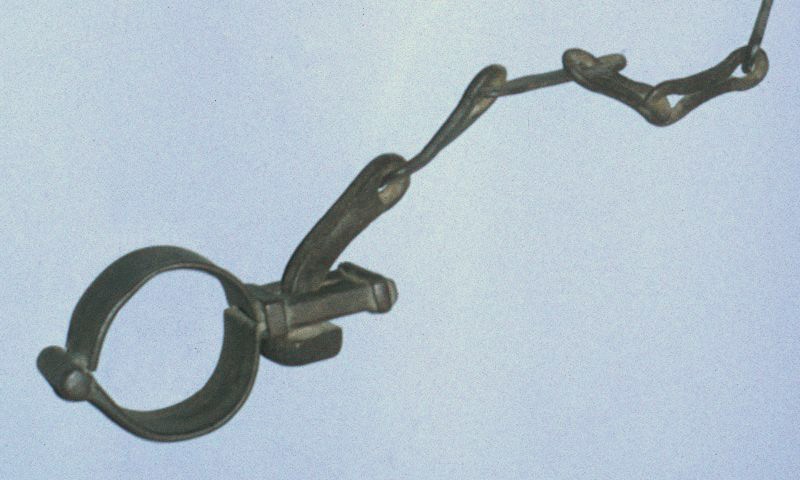 In State v. Lundstrom, the WA Court of Appeals held that a trial court’s failure to state why a jailed defendant must wear shackles, handcuffs and other restraints to court violates a defendant’s due process rights.

The State charged Lundstrom with two counts of unlawful possession of a controlled
substance. At a pretrial hearing, Lundstrom appeared in restraints. Before the proceeding ended, defense counsel took exception to Mr. Lundstrom appearing in court with 5-point restraint shackles.

The trial court did not respond to defense counsel’s statement or concerns.

Lundstrom subsequently filed a motion objecting to the restraints and requesting removal of the shackles. The motion included a certified statement from defense counsel, which stated that he had made a public disclosure request with the Clallam County Sheriff’s Office (CCSO) for their policies and discovered that CCSO policy 15.106.1 required all inmates to be brought to court in full restraints (waist chain, cuffs, and leg irons) for their first appearance. There is no record showing whether Lundstrom noted the motion for hearing before the trial court, whether the trial court held a hearing on the motion, or whether the trial court ruled on the motion.

Ultimately, however, Lundstrom pleaded guilty to two counts of unlawful possession of a controlled substance. On appeal, Lundstrom argued that his pretrial restraint violated his due process rights because the trial court failed to make an individualized determination on the necessity of the restraints.

The Court of Appeals agreed with Mr. Lundstrom.

It reasoned that under the  WA Constitution, the accused shall have the right to appear and defend in person. That right includes the use of not only his mental but his physical faculties unfettered, and unless some impelling necessity demands the restraint of a prisoner to secure the safety of others and his own custody, the binding of the prisoner in irons is a plain violation of the constitutional guaranty.

Additionally, under State v. Damon, the Washington Supreme Court has long recognized that a prisoner is entitled to be brought into the presence of the court free from restraints.

“Restraints are disfavored because they may interfere with important constitutional rights, including the presumption of innocence, privilege of testifying in one’s own behalf, and right to consult with counsel during trial.”

“But a defendant’s right to be in court free from restraints is not limitless,” said the Court of Appeals. “The right may yield to courtroom safety, security, and decorum. A defendant may be restrained if necessary to prevent injury, disorderly conduct, or escape.”

Interestingly, Lundstrom was not trying to overturn his conviction or seek any other remedy due to the violation of his due process rights. He only wanted the Court of Appeals to address his claim as a matter of continuing and substantial public interest.

“Generally, we do not consider claims that are moot or present only abstract questions,” said the Court of Appeals. However, we have the discretion to decide an issue if the question is one of continuing and substantial public interest.”

My opinion? Good decision. It’s harsh to see defendants in handcuffs and chains. Indeed, it’s unconstitutional. And for the most part, shackling defendants at court hearings is unnecessary unless there’s reason to believe the defendant may escape or harm others.