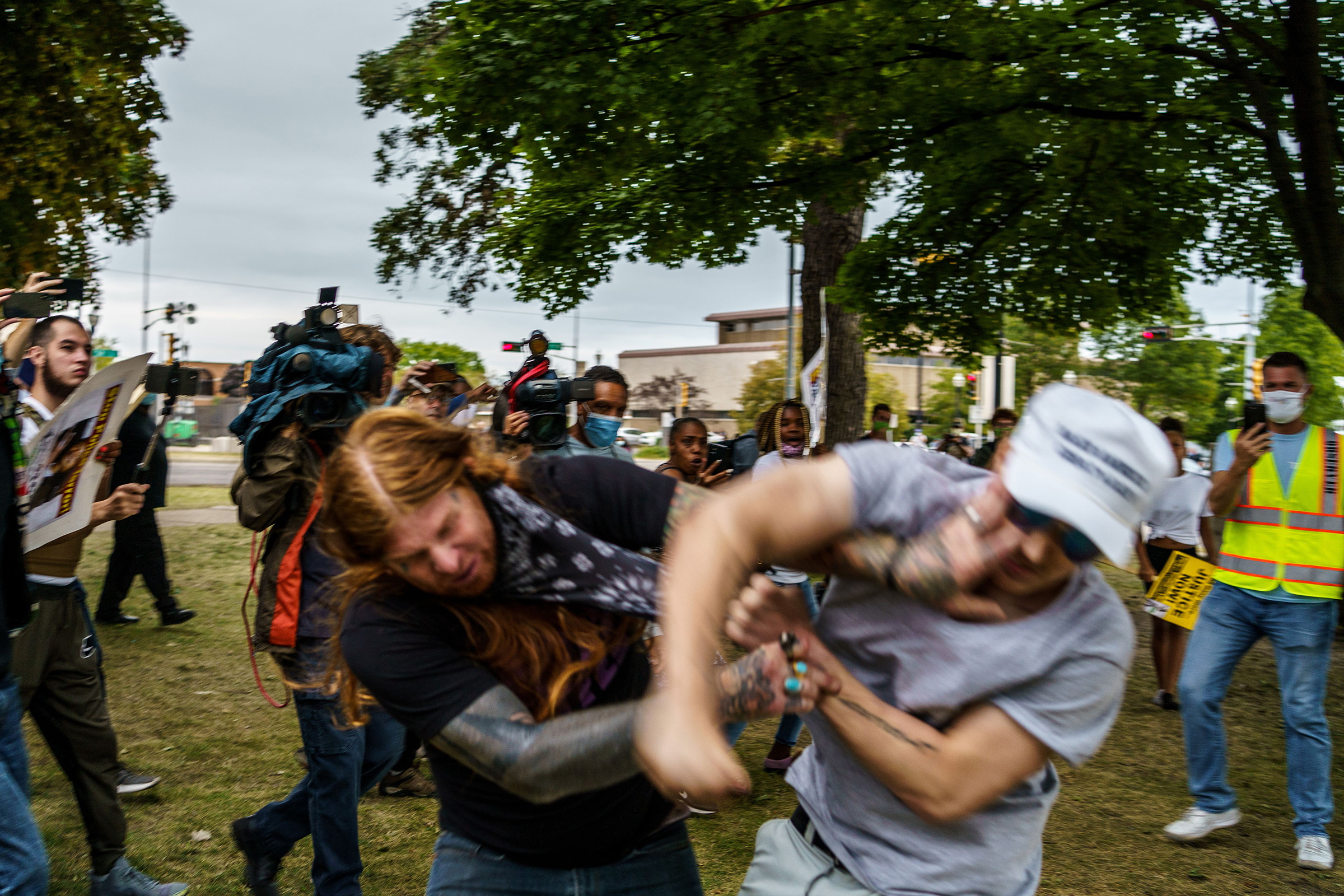 Wonderful article from CNN reporter Paul LeBlanc discusses the rising acceptance of political violence in the aftermath of the January 6th riot.

According to LeBlanc, two recent polls on this issue show our country is deeply divided on political lines. Thirty-four percent of Americans think violent action against the government is sometimes justified, according to a poll from The Washington Post and the University of Maryland released Saturday. The survey, conducted December 17-19, revealed stark partisan splits. Apparently, 40% of Republicans and 41% of independents said violence against government is sometimes justified, compared with 23% of Democrats.

Our New Normal? Listen to what David Frum, a veteran of the George W. Bush White House, told CNN’s Brian Stelter this weekend about the mentality of Trump’s allies and followers a year after the Capitol attack.

LeBlanc also discusses a recent survey from the Institute of Politics at the Harvard Kennedy School that found most American adults younger than 30 are concerned about the US and its democracy. Young adults say, by 55% to 44%, that they’re more fearful than hopeful about the future of America. This shows a shift from earlier in 2021, when most said they were hopeful. Only about one-third describe the US as a healthy or even “somewhat functioning” democracy, with 52% saying it’s a “democracy in trouble” or that it’s failed altogether.
Young Republicans are especially pessimistic. 70% say American democracy is in trouble or failed, compared with 45% of young Democrats who say the same.

“After turning out in record numbers in 2020, young Americans are sounding the alarm . . . When they look at the America they will soon inherit, they see a democracy and climate in peril — and Washington as more interested in confrontation than compromise.” ~John Della Volpe, Director of the Institute of Politics Polling

My opinion? There’s a fine line between freedom of speech and political violence. Please contact my office if you, a friend or family member are charged with Harassment, Resisting Arrest, or any other crime. Hiring an effective and competent defense attorney is the first and best step toward justice.