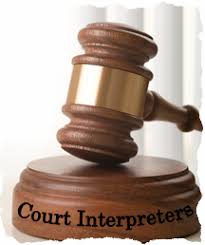 In State v. Jieta, the WA Court of Appeals held that a trial court judge may dismiss a criminal prosecution due to the court’s failure to arrange for an interpreter for all scheduled court hearings.

On May 19, 2015, Mr. Jieta was first arraigned on charges of fourth degree assault and third degree malicious mischief in Snohomish County District Court. The court continued the arraignment after ordering that Jieta be provided a Marshallese interpreter. Over the next 15 months, the court held 14 more pretrial hearings, and the interpreter repeatedly failed to appear telephonically or personally.

On August 26, 2016, Jieta moved under CrRLJ 8.3(b) to dismiss all charges. On September 12, — another hearing where the interpreter failed to appear — the court dismissed all charges with prejudice and found the interpreter’s absences “seriously interfered with Mr. Jieta’s right to representation by counsel.” In short, out of 14 pretrial hearings conducted after the court directed the appointment of a interpreter, the interpreter failed to appear 10 times, appeared by phone – ineffectively – two times, and appeared in person two times. The superior court affirmed the dismissal on the State’s appeal.

The State sought discretionary review in this court, which was granted on the narrow question whether CrRLJ 8.3(b) can apply when court administration mismanages a case.

Furthermore, the Court of Appeals explained that CrRLJ 8.3(b) gives courts discretion to dismiss “any criminal prosecution due to arbitrary action or governmental misconduct when there has been prejudice to the rights of the accused which materially affect the accused’s right to a fair trial.” To satisfy the rule, the alleged misconduct “need not be of an evil or dishonest nature; simple mismanagement is sufficient.”

The Court also reasoned that the judiciary has a statutory duty of appointing an interpreter to assist the defendant throughout the proceedings:

The purpose of CrR 8.3(b) is to ensure fairness to defendants by protecting their right to a fair trial. Thus, when mismanagement by court personnel prevents a defendant from receiving reliable interpreter services and effective assistance of counsel for more than one year, the defendant has a viable claim of “governmental misconduct” consistent with the text and purpose of CrRLJ 8.3(b).

Here, the Court of Appeals reasoned that “governmental misconduct” can extend to mismanagement by court administration.

“We need not decide the exact types of court mismanagement that could warrant relief or when dismissal is an appropriate remedy for such mismanagement,” said the Court. “On the record before us, the State does not establish that the trial court erred in its conclusion that CrRLJ 8.3(b) may extend to a court’s administrative mismanagement of its statutory obligation to provide translator services.”

With that, the Court of Appeals affirmed the dismissal of all charges.

Please contact my office if you, a friend or family member are charged with a crime and they need an interpreter to move forward in their defense. Hiring a competent, experienced attorney is the first and best step toward achieving justice.