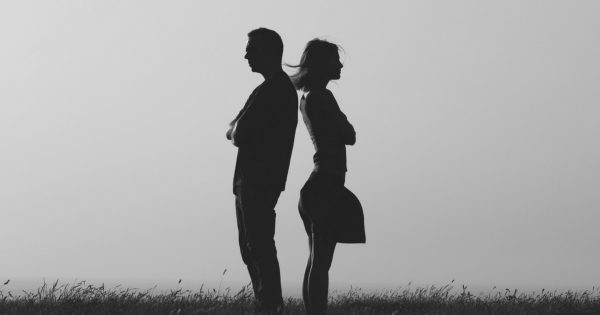 In State v. Horn, the WA Court of Appeals held that the trial court’s refusal to admit evidence of the defendant’s and the victim’s engagement and trip taken after the date of a domestic violence offense did not violate the defendant’s Sixth Amendment rights.

Horn and Ms. Oubre became romantically involved while Oubre was estranged from another man with whom she had had a relationship. Horn and Oubre began openly dating in January 2015.

In January 2015, Horn and Oubre were at Oubre’s residence drinking alcoholic beverages. While Oubre was using her cellphone, Horn grew angry and accused her of texting the man with whom she had been involved. According to Oubre, she had never seen him have “an episode like this before.” Horn grabbed Oubre’s night shirt and ripped it open, hitting her on the chest in the process.

Scared that the downstairs neighbor would hear the scuffle, Oubre and Horn went to Horn’s home. Once they arrived and got out of the car, Oubre told Horn that she was going to leave, but Horn grabbed her. They began wrestling when Horn pushed her against a wall and down into a flower bed. He bit her multiple times. Oubre did not call the police.

On August 7, 2015, Horn and Oubre were together at her home. Oubre was on her cell phone playing a game. Horn grew aggressive, believing that Oubre was texting an ex-boyfriend. A violent exchange occurred between Horn and Oubre. Horn straddled Oubre on the bed, pointed a gun at himself and Oubre, and gave numerous threats against her life.

Later, Oubre went to the hospital. She spoke with the police while at the hospital, and Horn was then arrested. Among other offenses, Horn was charged with domestic violence felony harassment based on the August incident. Horn posted bail on August 20, 2015.

Oubre and Horn got engaged on September 5 and took a trip together.

Horn was later charged with violating a no-contact order, to which he pled guilty. As part of the events related to that charge, videotape evidence showed Horn naked while jumping on top of Oubre’s car.

Before trial on the felony harassment charge, the State sought to introduce evidence of
the January 2015 incident under ER 404(b) to show that Horn’s threat to kill Oubre in August 2015 placed her in reasonable fear that the threat would be carried out. One of the elements of felony harassment is that the victim be placed in reasonable fear that a threat will be carried out.

Before trial, both the State and defense counsel argued over whether the evidence of the January 2015 incident should be admitted. The defense objected and in the alternative argued that if the State was permitted to introduce this evidence, the defense should be able to introduce evidence of Oubre and Horn’s engagement and trip after August 2015. In the defense’s view, this evidence showed that Oubre did not have a reasonable fear that Horn would carry out his threat to kill her on August 7.

The State opposed the admission of evidence of their engagement and trip because “it triggers a bunch of things,” including Horn’s later violation of a no-contact order where he was naked and jumping on top of Oubre’s vehicle. The State also did not believe the evidence was relevant to whether Oubre was fearful in August 2015.

The jury found Horn guilty of two counts of fourth degree assault, unlawful possession of
a firearm, and domestic violence felony harassment. Horn appealed. He argued that his Sixth Amendment right to present his defense was violated because the trial court did not admit evidence of Oubre and Horn’s engagement and trip taken after the August 2015 incident.

“We review a Sixth Amendment right to present a defense claim under a three-step test,” said the Court of Appeals. First, the evidence that a defendant desires to introduce must be of at least minimal relevance. A defendant only has a right to present evidence that is relevant. Second, if relevant, the burden shifts to the State to show that the relevant evidence is so prejudicial as to disrupt the fairness of the fact-finding process at trial. Third, the State’s interest in excluding prejudicial evidence must also be balanced against the defendant’s need for the information sought, and relevant information can be withheld only if the State’s interest outweighs the defendant’s need.

The Court reasoned that to show a violation of the right to present a defense, the excluded evidence, that of Horn and Oubre’s engagement and trip, must first be of at least minimal relevance. Evidence is relevant if it has any tendency to make the existence of any fact that is of consequence to the determination of the action more probable or less probable than it would be without the evidence. The threshold to admit relevant evidence is very low.

The court reasoned that here, Oubre’s subsequent engagement and trip with Horn thus would be relevant, if at all, to impeach her testimony that she feared Horn at the time he threatened to kill her.

“With the frightening nature of the threats and violence against Oubre on August 7 and the passage of nearly a month until their engagement, Oubre’s change of heart casts little doubt on her testimony that on August 7, in the face of repeated violence and death threats, she feared for her life.”

The court said that for these reasons, especially in combination with the cycles of violence and reconciliation in domestic violence relationahips, the evidence of Oubre’s engagement to and trip with Horn was not relevant.

“The trial court’s exclusion of that evidence was neither manifestly unreasonable, based on untenable grounds, nor based on untenable reasons,” said the Court of Appeals. “Thus, under the abuse of discretion standard, the exclusion of this evidence did not deprive Horn of his right to present a defense.” Furthermore, because Horn does not meet the first requirement of the three-step test, his claim that the trial court deprived him of the right to present a defense fails.

With that, the Court of Appeals ruled that Horn’s right to present a defense was not violated. Therefore, his convictions were affirmed.

Please contact my office if you, a friend or family member face domestic violence charges.