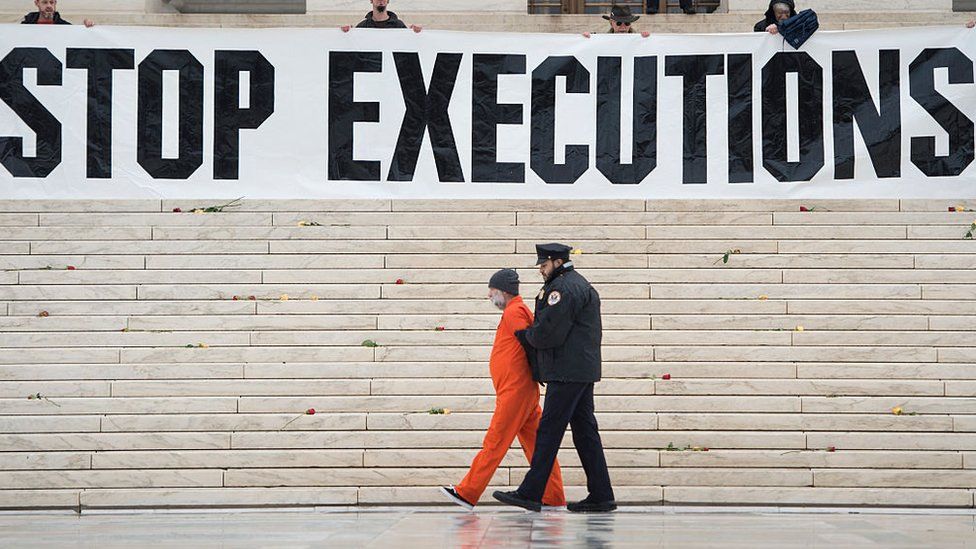 In a memo to senior officials, he said serious concerns have arisen about the arbitrariness of capital punishment, its disparate impact on people of color, and “the troubling number of exonerations” in death penalty cases.

“The Department of Justice must ensure that everyone in the federal criminal justice system is not only afforded the rights guaranteed by the Constitution and laws of the United States but is also treated fairly and humanly.” ~Attorney General Merrick Garland

Court fights over the traditional three-drug memo for carrying out lethal injections, and a shortage of one of those drugs, brought federal executions to a halt for nearly two decades.

But in 2019, under the Trump Administration then-Attorney General William Barr directed federal prison officials to begin carrying lethal injections using a single drug — a powerful sedative. Using that method, 13 people on federal death row were executed between July 2020 and January 2021.

Garland ordered a review of the revised lethal injection protocol and directed the Bureau of Prisons to stop using that method while that is underway. He also said the department would study a Trump administration regulation that allowed federal prisons to carry out executions in any manner authorized by the state where the death sentence was imposed.

Garland’s memo did not address whether the federal government would continue to seek the death penalty in criminal cases. However, no federal executions will be scheduled while the reviews are pending.

The Attorney General’s memorandum can be found here.