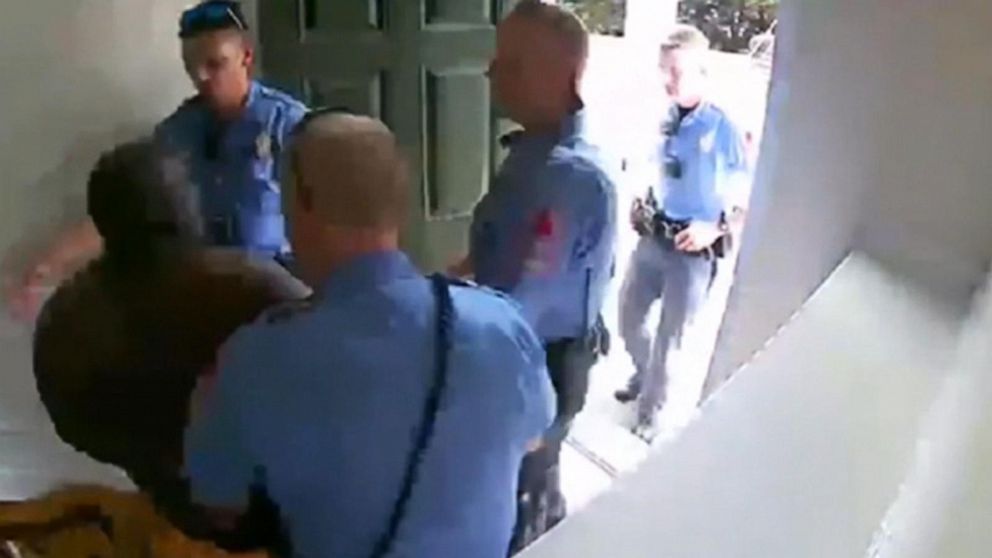 In United States v. Holiday, the 9th Circuit Court of Appeals held that the police officer’s opening of the defendant’s unlocked front door constituted a search that was not justified by Exigent Circumstances exception to the warrant requirement because officers had no reason to believe that an emergency existed.

Mr. Holiday was tried and convicted for seven counts of armed robbery and three instances of attempted armed robbery under 18 U.S.C. 1951. The federal district court sentenced him to a mandatory minimum term of eighty-five years’ imprisonment.

The body camera footage was taken on February 7, 2017. It was taken after police received a report that a man was hitting a child in the backseat of a blue Jaguar. In a “contemporaneous line” of actions from the report of the incident, police ran the license plate and found it was registered to a person with the initials M.B.

Mr. Holiday moved to suppress the bodycam footage of this exchange on the ground that it was collected in violation of the Fourth Amendment. However, the federal district trial court denied Mr. Holiday’s motion to suppress the aforementioned bodycam evidence.  Later, Holiday was found guilty. The court sentenced him to a mandatory minimum term of eighty-five years’ imprisonment.

Holiday appealed on grounds that the trial court errored by denying his motion to suppress the body camera footage of him.

First, the 9th Circuit reasoned that The San Diego Police Department did not obtain a
warrant to search Holiday’s home in connection with the report of child abuse in a blue Jaguar registered to Holiday’s address.

“Searches and seizures inside a home without a warrant are presumptively unreasonable and therefore violate the Fourth Amendment, unless subject to an established exception,” said the 9th Circuit, quoting  Kentucky v. King, 563 U.S. 452, 459 (2011).

Next, the 9th Circuit addressed the Government’s argument that the search was legal because it was pursuant to the Emergency Exception to the Warrant Requirement (Exigent Circumstances).

“The officers’ conduct does not fall within the scope of the emergency exception to the warrant requirement.” ~ 9th Circuit Court of Appeals.

The 9th Circuit concluded, however, that the error in admitting the body camera evidence was harmless because of the strength of the other evidence that the defendant committed the ARCO robbery.

Please review my Search and Seizure Legal Guide and contact my office if you, a friend or family member are charged with a crime and the police search/seizure might be unlawful. Hiring an effective and competent defense attorney is the first and best step toward justice.