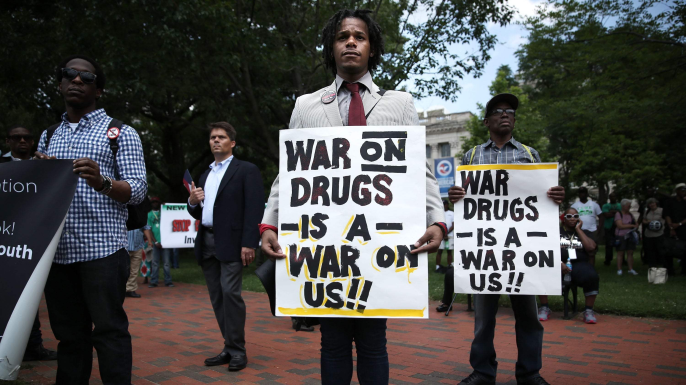 New drug arrest data shows the persistence and extent of racial disparities in the “War on Drugs” in the United States.

The report indicates dramatic racial disproportions among incarcerated drug offenders.  It states, “Since blacks are more likely to be arrested than whites on drug charges, they are more likely to acquire the convictions that ultimately lead to higher rates of incarceration.” The report also shows that although data indicates that blacks represent about one-third of drug arrests, they constitute 46 percent of persons convicted of drug felonies in state courts.

My opinion?  The “War on Drugs” should rename itself as the  “War on Race.”  The data speaks for itself.