In State v. Phillips, the WA Court of Appeals held that the trial court did not violate an African-American defendant’s right to an impartial jury by dismissing a prospective juror despite the juror’s feelings that African American men are more prone to violence.

On July 1, 2016, Mr. Phillips came home late after his wife Ms. Philips was in bed asleep with their infant daughter. Ms. Philips told Mr. Phillips to leave her alone. Their daughter called 911 and reported that Mr. Phillips was hitting Ms. Philips. When Mr. Phillips saw his daughter was calling the police, he knocked the phone from her hands.

King County Sheriff’s deputies responded to the 911 call and found the house in chaos. Mr. Phillips was arrested and booked into jail. From jail, Mr. Phillips repeatedly called Mrs. Philips demanding that she get him out and expressing his anger at the police having been called. Mr. Phillips was charged with Assault in the Second Degree Domestic Violence (DV) and Tampering With a Witness.

During jury selection, the trial judge asked if any of the jurors had personal experience
with domestic violence. Juror 10 was among the members who raised their hand. When asked to elaborate, he explained that his sister and his wife’s sister-in-law were both involved in abusive relationships with intimate partners.

Juror #10 also revealed an experience in college after an intramural basketball game when an African American player on the opposing team assaulted him. Juror 10 explained, “nothing came of it, but it left an emotional imprint.” He further elaborated,

“And this is an emotional truth. I don’t live this way; I don’t believe this; but I’m also aware that feelings happen in reality that black men are more prone to violence . . . It was also notable that afterwards when, you know, the gym supervisor was called and there was just a huddle on the spot, and then, of course there was denial and, you know, dismissiveness of it. And that’s another narrative; that those who are violent try to get out of it; so those are two personal emotions imprints that are there, as well.”

From these comments, both the State Prosecutor and Mr. Philips’ defense attorney asked numerous questions to Juror #10. Ultimately, neither the State nor defense counsel exercised a peremptory challenge or moved to strike Juror #10 for cause. Later, Juror #10 served on the jury.

Ultimately, the jury found Phillips guilty of second degree assault and found the State prove aggravating circumstances. The jury was unable to reach a verdict on the witness tampering charge, and it was dismissed. Mr. Philips was sentenced to 120 months.

He appealed. One of the issues was whether Juror #10 should have been struck from serving on the jury panel.

The Court started by giving a substantial amount of background on the issue of jury selection. It said the Sixth and Fourteenth Amendments of the United States Constitution, and article 1, section 22, of the Washington Constitution, guarantee a criminal defendant the right to trial by an impartial jury.

Furthermore, in order to ensure this constitutional right, the trial court will excuse a juror for cause if the juror’s views would prevent or substantially impair the performance of his duties as a juror in accordance with his instructions and his oath. The presence of a biased juror cannot be harmless; the error requires a new trial without a showing of prejudice.

Also, at trial, either party has a statutory right to challenge a prospective juror for cause. “Actual bias is a ground for challenging a juror for cause,” said the Court of Appeals. “Actual bias occurs when there is the existence of a state of mind on the part of the juror in reference to the action, or to either party, which satisfies the court that the challenged person cannot try the issue impartially and without prejudice to the substantial rights of the party challenging.”

Furthermore, Under State v. Irby, RCW 2.36.110 and CrR 6.4 it is the judge’s duty to excuse potential jurors from  jury service if they have manifested unfitness as a juror by reason of bias, prejudice, indifference, inattention or any physical or mental defect. These court precedents, statutes and court rules give a trial judge an independent obligation to excuse a juror, regardless of inaction by counsel or the defendant.

However, the Court of Appeals ultimately reasoned that the present case was distinguishable from Irby.

Also, the Court of Appeals reasoned that defense counsel was alert to the possibility of biased jurors.

“Defense counsel actively questioned Juror #10, including questioning whether, despite juror 10’s concerns, the juror would follow the court’s instructions and base his decision on the evidence presented,” reasoned the court of Appeals. “As a result, defense counsel did not challenge Juror #10. This suggests that defense counsel observed something during voir dire that led counsel to believe Juror #10 could be fair.”

Furthermore, the Court of Appeals said it was also significant that Phillips used his peremptory challenges to strike several jurors, but had one peremptory challenge remaining when he accepted the jury, including Juror #10. “Again, this suggests that defense counsel either wanted juror 10 on the jury, or did not want one or both the next potential jurors on the panel,” said the Court of Appeals.

Consequently, the Court of Appeals held that the trial court did not abuse its discretion in failing to excuse Juror #10 for cause and upheld Mr. Philips’ conviction.

I’ve conducted nearly 40 jury trials, which is more experience than most criminal defense attorneys have. In my experience, potential jurors have a tendency to mitigate, justify, deny, back-pedal and just plain cover up any biases they have. It’s human nature. Therefore, if any juror states they have a biases which prejudice a criminal defendant, then that juror should be excused. Period.

Unfortunately, it appears Defense Counsel also failed to strike Juror #10. That is unfortunate as well. As the judge said, however, this may have been strategic. Perhaps Defense Counsel wanted to avoid impaneling a potential juror who was actually more biased than Juror #10. We don’t know. 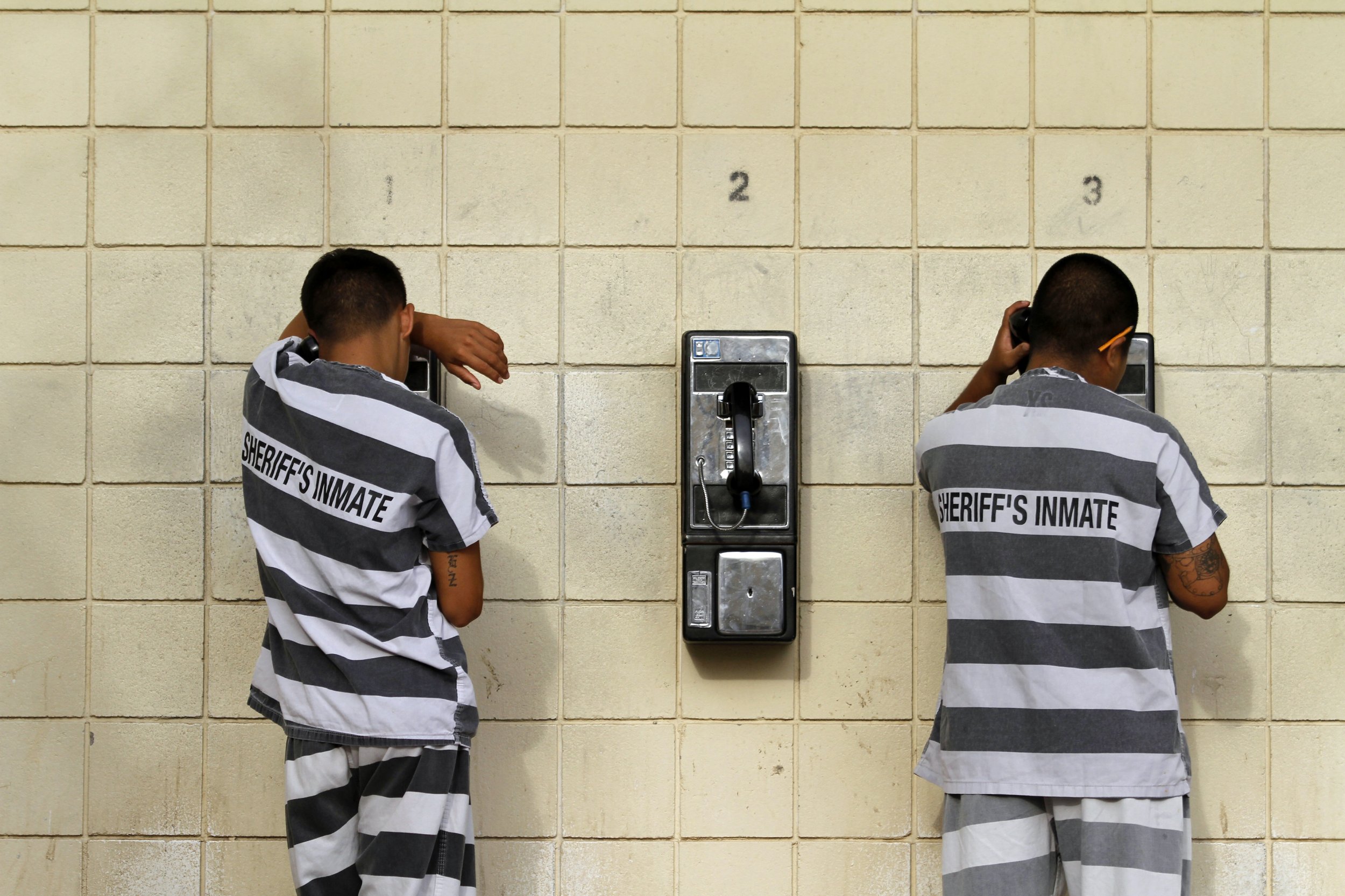 In State v. Gonzalez, the WA Court of Appeals decided there was sufficient evidence that the defendant attempted to influence a witness to testify falsely where he asked the witness to give a different story than the one she told the police.

The defendant Leonel Gonzalez was in a relationship with Nona Hook for several years. Hook lived with her mother, Carol Salyers, and several other family members, and Gonzalez was frequently in the home. Salyers owned a Jeep and permitted Hook, but not Gonzalez, to drive it.

In the early morning hours of September 21, Gonzalez called Hook, and she asked him if
he had taken her Jeep. According to Hook, Gonzalez denied knowing anything about the Jeep, but he told her that he was “coming home.” At some point after this call, someone contacted the police.

The police were waiting when Gonzalez arrived at Hook’s home in the Jeep. Upon seeing
the police, Gonzalez drove away, jumped out of the Jeep while it was still moving, and attempted to flee on foot. The Jeep rolled into and damaged a parked vehicle. The police caught and arrested Gonzalez. Following his arrest, officers discovered a white substance that later tested positive for both methamphetamine and cocaine in Gonzalez’s back pocket.

While in jail following his arrest, Gonzalez called Hook. This call was recorded.

During the call, Gonzalez insisted that Hook listen to him and told her that some people
were trying to contact her and that when his “investigator” or “somebody” called her, she was to tell them that she “gave him permission.” Hook responded, “Tell them that I gave you permission,” and Gonzalez interrupted her and told her to “listen” and said adamantly, “That’s it.”

Hook responded by chuckling and saying, “That’s gonna be a little bit hard for me to do.”  Gonzalez appears to respond, “Well, then don’t do it.” The rest of Gonzalez’s response is unclear.

Hook replied, “I mean, for one thing, I was—you already know what the deal was.” And Gonzalez told her aggressively to “listen” and that they were not “going to talk about all that.” He then stated, “You know what to do, so.” Gonzalez and Hook then talked about when Hook could visit so they could talk about their relationship and whether they would marry even if he was in prison. During this part of the conversation, Hook commented about how hard it was for her to be away from him, and Gonzalez responded by asking her whether she “would rather deal with” 6 or 15 years.

The State charged Gonzalez with theft of a motor vehicle, unlawful possession of a controlled substance (methamphetamine), hit and run, and tampering with a witness.

At trial, Ms. Hook testified about the jail calls. Ultimately, the jury found Gonzalez guilty of unlawful possession of a controlled substance and tampering with a witness.

Gonzalez appealed under arguments that the evidence was insufficient to support the witness tampering conviction because (1) he asked Hook to speak to his investigator and never discussed her testimony and (2) there was no evidence he was asking Hook to testify falsely.

“We disagree,” said the Court of Appeals. The Court reasoned that Gonzalez’s request that Hook tell the defense investigator a different story than she told the police would have little effect if it did not also imply that Hook needed to also be willing to testify consistently with what she told the defense investigator. “Thus, a rational finder of fact could have easily found that Gonzalez was attempting to influence Hook’s potential testimony,” said the Court.

Gonzalez also argued that there was insufficient evidence to establish that he asked Hook
to testify falsely.

“Again, we disagree,” said the Court of Appeals. “At no point in her testimony did Hook testify that she had given Gonzalez permission to take the Jeep on September 18th,” said the Court. Instead, she testified that she dropped Gonzalez off, drove the Jeep home and parked it, and left the keys near the back door. Although Gonzalez came into her bedroom the next morning, Hook did not testify that he asked for or that she gave him permission to drive the Jeep.

“Given that Gonzalez asked Hook to state that she had given him permission, a rational finder of fact could have easily found that Gonzalez was asking Hook to testify falsely. Accordingly, Gonzalez’s insufficient evidence arguments fail, and we affirm his witness tampering conviction.”

In sum, the Court of Appeals affirmed Gonzalez’s convictions, but remanded for re-sentencing on the unlawful possession of a controlled substance conviction consistent with this opinion.