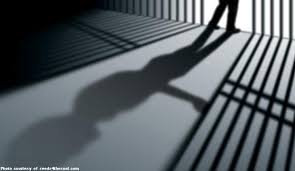 Excellent article in Politico Magazine from Ben Miller and Daniel S. Harawa highlights a pressing related problem in our criminal legal system: the lack of meaningful mechanisms in place to allow people in prison to obtain release once they have proven to no longer pose a danger to our communities, or in some cases, proven to be actually innocent. As the authors succinctly said:

“For decades, while we made it increasingly difficult to obtain release, we have sent people to prison for longer and longer. We became reliant on extreme sentences, including mandatory minimums, “three-strike” laws, and so-called truth-in-sentencing requirements that limit opportunities for people to earn time off their sentences for good behavior. As a result, the United States laps the world in the number of people it incarcerates, with 2.2 million people behind bars, representing a 500 percent increase over the past four decades, with 1 in 9 people in prison serving a life sentence.”

Moreover, the authors argue that legislation is needed at the federal level and in every state to allow everyone after a certain period in prison the opportunity to seek sentence reductions. Sentence review legislation recognizes that as we have increased the length of prison sentences and limited the ability to obtain release, our prisons have become overwhelmed with people whose current conduct proves further incarceration is not in the public interest.

“We increased sentence lengths and made it more difficult for people to be released because we were told it was needed for public safety,” said the authors. “But sending people to prison for long periods does not reduce crime.”

In fact, longer sentences, if anything, create crime. David Roodman, a senior adviser for Open Philanthropy, reviewed numerous studies on the impact of incarceration and concluded that “in the aftermath of a prison sentence, especially a long one, someone is made more likely to commit a crime than he would have been otherwise.”

Additionally, the authors say that not only are lengthy prison sentences ineffective at reducing crime, but they have devastated low-income and minority communities. As the Vera Institute aptly put it: “We have lost generations of young men and women, particularly young men of color, to long and brutal prison terms.” While black people are just 13-percent of the country’s population, they account for 40 percent of the people we incarcerate.

If the ineffectiveness of long prison terms or the impact on poor communities of color is not reason enough to revisit lengthy prison sentences, the financial drain of long prison terms is staggering. For example, U.S. prisons spend $16 billion per year on elder care alone. Billions of dollars are diverted to prisons to care for the elderly who would pose no real risk if released when that money could be going to our schools, hospitals, and communities.

Given this reality, the authors say, we need to pursue every option that would safely reduce our prison population. One proposal by the American Law Institute recommends reviewing all sentences after a person has served 15 years in prison. Another example is the bill Sen. Cory Booker (D-N.J.) and Rep. Karen Bass (D-Calif.) introduced that would provide sentence review for anyone who has served more than 10 years in prison or who is over 50 years old. Notably, neither proposal is restricted by the type of offense, which is critical, because to combat mass incarceration, to echo the Prison Policy Initiative, reform has “to go further than the ‘low hanging fruit’ of nonviolent drug offenses.”

And numerous studies have shown that decreasing sentences does not increase crime. A recent Brennan Center for Justice report documented 34 states that reduced both their prison population and their crime rates, the Sentencing Project concluded that unduly long prison terms are counterproductive for public safety, and the Justice Policy Institute found little to no correlation between time spent in prison and recidivism rates.

My opinion? Some crimes need punishment. However, we have forgotten that our justice system is supposed to rehabilitate people, not just punish them. Our policies should reflect the ability of people to change over the course of years—or decades—of incarceration.

On October 15,2009, defendants Charles Farnsworth and James McFarland were suffering heroin withdrawals and had no money to purchase more. The pair made a plan to “rob” a bank. The plan was for McFarland to wait outside in the car while Farnsworth entered a bank wearing a wig and sunglasses as a disguise, and retrieve money. Farnsworth would present a note to the teller, which read, “No die packs, no tracking devices, put the money in the bag.”

They executed the plan. The bank teller handed Farnsworth about $300 in small bills, and McFarland left. Farnsworth and McFarland drove away, but they were pulled over and arrested a few blocks from the bank. Both were charged with Robbery in the First Degree pursuant to RCW 9A.56.200(1 )(b) (robbery committed in a financial institution).

Both defendants had long criminal histories. Farnsworth faced the possibility of a life sentence under the Persistent Offender Accountability Act (POAA) of the Sentencing Reform Act of 1981 if convicted of this robbery, as he was previously convicted of a 2004 Robbery and a 1984 Vehicular Homicide in California. The POAA requires a life sentence when a repeat offender commits a third felony that is classified as a “most serious offense” (often referred to as a “third strike”).

Farnsworth went to trial and was found guilty. The trial court sentenced him to life in prison without the possibility of release. Farnsworth appealed, arguing that the evidence was insufficient to support robbery because (1) there was no threat of force and (2) he agreed to aid only a theft, not a robbery. The case ended up the WA Supreme Court.

The court upheld Farnsworth’s conviction.  It reasoned that sufficient evidence supports an implied threat of force:

“Although the note did not convey an explicitly threatening message, we believe it was laden with inherent intimidation. When a person demands money at a bank, with no explanation or indication of lawful entitlement to money, it can imply a threat of force because without such a threat, the teller would have no incentive to comply. An ordinary bank teller could reasonably infer an implied threat of harm under these circumstances.”

Because of this implicit threat, reasoned the Court, banks have security guards and distinctive policies in place to prevent harm flowing from precisely these types of encounters.

The Court also reasoned that the defendants were well aware that banks generally instructed their employees to react to such notes as if they contained an explicit threat. “In fact, the pair relied on that knowledge and fear to commit this crime,” said  the Court.

Finally, the Court reasoned that no errors deprived Farnsworth of a fair trial. With that, the Court affirmed Farnsworth’s conviction for first degree robbery.

My opinion? It’s generally difficult to see how threatening notes create a basis to support a prosecution and conviction for Robbery, which can be a Class or a Class B violent felony “strike” offense. Still, a threatening note passed to a bank teller in a financial institution must be taken seriously. This is, in fact, how most bank robberies happen. 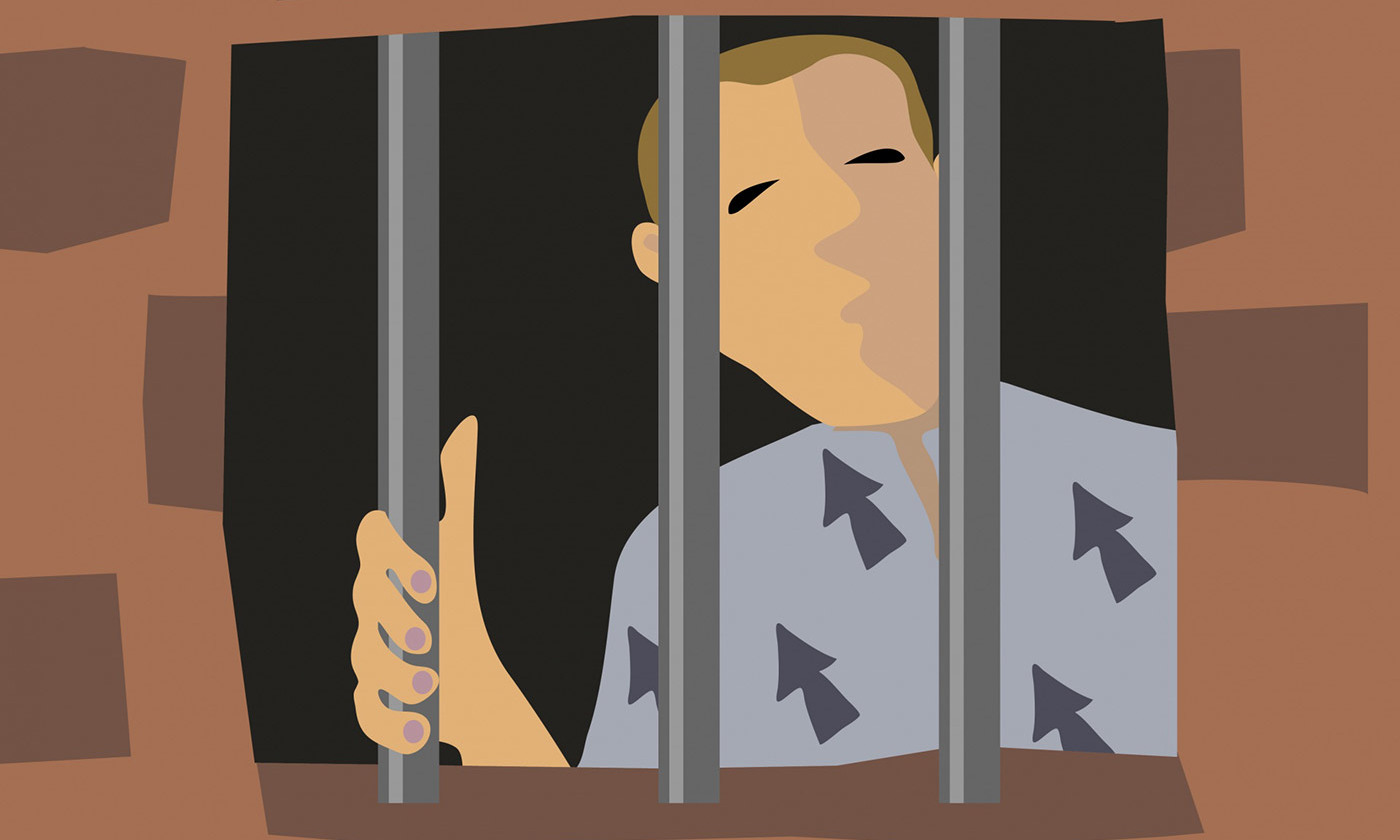 Good reading!  The Sentencing Project’s report addresses a key concern for policy makers regarding whether deterrence is better achieved by increasing the (1) likelihood of apprehension, or (2) severity of sanctions.  The report, titled Deterrence in Criminal Justice: Evaluating certainty vs. the Severity of Criminal Punishment is written  is written by Valerie Wright, PhD.

Overall, the report concludes that:

•    There is no significant public safety benefit to increasing the severity of sentences by imposing longer prison terms, particularly at high levels of incarceration.

•    Policies such as “three strikes and you’re out” and mandatory minimum sentences only burden state budgets without increasing public safety.

•    Evidence-based approaches would require increasing the certainty of punishment by improving the likelihood of detection.

My opinion?  The report seems accurate.  I’ve blogged numerous times on this topic, particularly the need for the criminal justice system to seek rehabilitation instead of incarceration for many crimes, especially drug offenses.  At a time when fiscal concerns have propelled policymakers to consider means of controlling corrections budgets, the findings on deterrence suggest that a focus on examining harsh sentencing practices is long overdue. 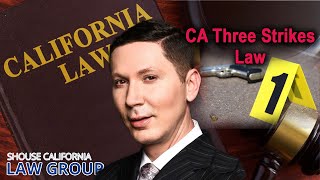 Our criminal justice system is based on the concept that the punishment must fit the crime. Stated another way, the sentence imposed for a particular crime should be proportional to the circumstances of the crime.

The problem?  Under Washington’s “Three Strikes” law, which imposes a mandatory life sentence without parole on individuals convicted of any of almost two dozen felony offenses, the crime of Robbery in the Second Degree is one of the listed crimes.  An individual can be charged with second-degree robbery even if no weapon is used or no one is injured!

A solution?  The ACLU supports the removal of Robbery Second Degree from the list of strike offenses.  The bottom line is this: while serious in and of itself, Robbery Second Degree does not rise to the level of being Strike-worthy. When dealing with a potential life sentence, it is simply unjust to include a crime that sweeps so broadly.

Additionally, the “Three Strikes” law does not deter crime, and it disproportionately affects minority offenders. It takes sentencing discretion away from judges, who should be able to consider individual circumstances when imposing sentences. It adds costs to already tight government budgets by incarcerating elderly persons who are not a threat to public safety. Passing the legislation will reduce the number of people who are imprisoned for life out of all proportion to their offenses.