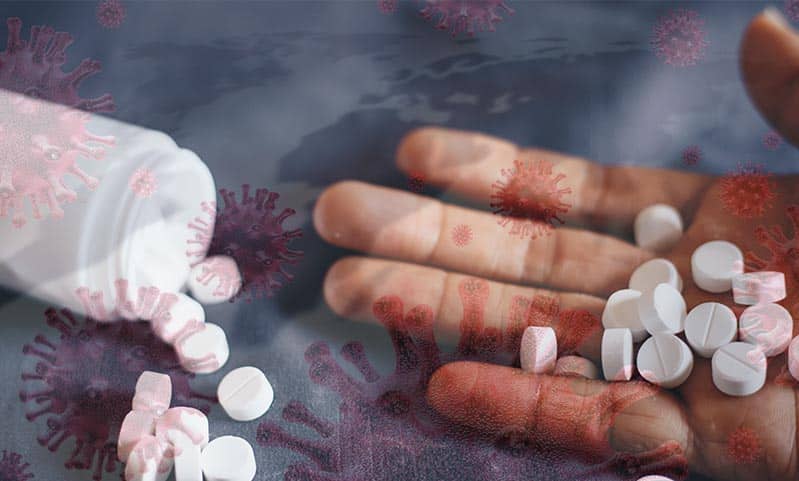 Excellent article by Adriana Belmonte of yahoo!news reports that the Coronavirus Pandemic has had devastating mental health effects on Americans, and drug abuse is hitting record levels.

New data from the Centers for Disease Control and Prevention (CDC) revealed that over 81,000 drug overdose deaths occurred in the U.S. in the 12-month period ending in May 2020. That’s the highest number ever recorded by the CDC.

“This pandemic and all that’s come along with it has really just exacerbated those vulnerabilities and the shortcomings of our own approach to treating those people.” ~Dr. Ryan Marino, a medical toxicologist and emergency physician based out of Ohio.

Ms. Belmonte reports that in San Francisco, the number of overdose deaths (621) outpaced COVID-related deaths (173) in 2020. And more than 40 states reported annual increases in opioid overdose deaths, “as well as ongoing concerns for those with a mental illness or substance use disorder,” according to the American Medical Association.

According to Belmonte, a CDC survey in June found that 40.9% of Americans reported at least one adverse mental or behavioral health condition, with 13.3% of respondents having started or increased substance use to cope with stress or emotions related to COVID-19:

Please contact my office if you, a friend or family member face criminal allegations such as Drug Charges, Assault or Domestic Violence. Chances are, the various compounding stresses brought by the Coronavirus Pandemic could factor into the allegations. Hiring and experienced and effective criminal defense attorney is the first and best step towards justice. Should we be prosecuting poverty? Great article by Amy Radil of KUOW reports that Seattle lawmakers are considering a law that would excuse suspects from most misdemeanor crimes if they can be linked to poverty or mental illness.

If approved, it would make the Emerald City the nation’s first to have such a measure on the books.

The Seattle City Council said the proposal, crafted with input from local public defenders, would excuse suspects from minor crimes like theft, trespassing, or assault — but not in cases of domestic violence or DUI, KUOW-TV reported.

“In a situation where you took that sandwich because you were hungry and you were trying to meet your basic need of satisfying your hunger, we as a community will know that we should not punish that,” Anita Khandelwal, King County Director of Public Defense, told KUOW. “That conduct is excused.”

Anita Khandelwal said the “poverty defense” isn’t meant to ignore the needs of businesses and others harmed by these offenses. She said the current system doesn’t provide them redress either, and it does more harm to offenders.

“It’s meeting nobody’s needs. This is not that we don’t care about the business community or about people who have experienced harm. It is that we know that this process – this processing of human beings through the system – is harmful to our clients and again very racially disproportionate, and also not getting business owners what they need either.” ~ Anita Khandelwal, King County Director of Public Defense,

The push comes as crime has spiked in Seattle this year, including during the Capitol Hill Occupied Zone protests in the city, Fox affiliate WSFX-TV reported.

At the same time, the city’s homeless population has risen by 5 percent since last year. However, not everyone in the Northwest city is on board with the proposed law change.

“It sends this powerful signal that as a city government, we don’t really care about this type of criminal behavior in our city,” former city councilman Tim Burgess told KUOW.

Burgess called the proposal “a defense lawyer’s dream.” Briefing documents say the Council would need to define whether the new affirmative defense applies only to someone meeting immediate basic needs, like stealing a sandwich in order to eat, or to items that are stolen for resale “so the defendant can pay rent.” Herbold says her committee will continue its work on the proposal in January.

Please contact my office if you, a friend or family member are charged with a crime like Theft, Possession of  Stolen Motor Vehicle, etc., and the Poverty Defense might apply. Hiring an experienced criminal defense attorney is the first and best step toward justice.