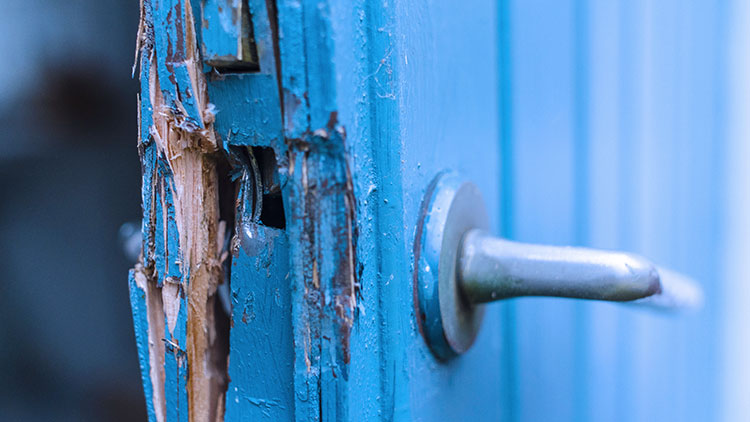 In July 2014, Michael Boisselle encountered Brandon Zomalt, an old acquaintance. Zomalt told Boisselle that he was homeless, had nowhere to sleep, and that he needed assistance obtaining a food handler’s permit in order to secure a job. Boisselle offered to let Zomalt stay with him in his duplex unit. With Boisselle’s assistance, Zomalt received his food handler’s permit and began working at a nearby restaurant. However, Zomalt was fired after one week for fighting at work.

Zomalt was addicted to alcohol and methamphetamine. He also had a history of violence. Several people, including Zomalt’s mother and two of his former girlfriends, had been granted protection orders against him. After losing his job, Zomalt drank throughout the day. Boisselle did not feel safe around Zomalt and avoided him when possible.

The tension in the house culminated into a confrontation. Apparently, Zomalt began to behave strangely. He also drank heavily. One night, Boiselle and Zomalt were home. According to Boiselle, Zomalt held him hostage in their home and threatened Boiselle with a firearm. Later that night, Boiselle managed to reach the gun. He fired the weapon at Boiselle, apparently in self-defense. No witnesses summoned police or heard the firearm.

Olivarez and Wiggins knocked on the door of the duplex but received no response. There was, however, a dog inside that was barking aggressively. The deputies walked around the outside of the duplex and attempted to look inside, but all of the windows were closed and covered with blinds. There was a light on in the upstairs western bedroom. The deputies smelled a foul odor coming from the house and the garage. Olivarez thought that “something about it just seemed off’ and was concerned with “trying to figure out if someone needed help.” Olivarez and Wiggins then contacted the neighbors in order to gather more information. Two neighbors informed the deputies that they had not seen anyone coming or going from the duplex for about “four or five days.”

With no person apparently able to consent to a police entry of the unit and believing that they did not have a sufficient basis to obtain a search warrant, Adamson and Clarkson made a joint decision to force entry into the duplex. Clarkson broke through the front door. An animal control officer secured the dog. The officers then performed a security sweep of the duplex, looking for anyone who was hurt. Adamson and Clarkson searched the second floor of the duplex while Wiggins and Olivarez searched the first floor. The officers checked all of the rooms, looking in closets and other large spaces for a person or a body but ignoring drawers and other areas where a person could not fit.

Sergeant Clarkson believed that the smell was coming from inside of the garage and was consistent with a dead body. Once all of the rooms inside the duplex had been checked, deputies Wiggins and Olivarez forced entry into the garage from inside of the duplex. Once inside the garage, all four officers could see a large, rolled up carpet with a shoe sticking out and maggots pouring out of the bottom. Sergeant Clarkson opened the garage door using the automatic door opener and all four officers went around to the outside of the garage for a clear view of the carpet. From outside of the house, the officers saw an arm hanging out of the front end of the carpet. Clarkson told the other officers that “this is a crime scene now,” and that “it’s time we have to seal this off.” None of the officers collected evidence or touched the carpet.

Boisselle was charged with second degree murder and unlawful possession of a firearm. Before trial, he argued a CrR 3.6 motion to suppress. The judge denied the motion. At trial he was convicted of both charges.

On appeal, and among other issues Boisselle contends that the trial court erred by denying his motion to suppress the search of his home.

The Court of Appeals reasoned that the United States Constitution prohibits unreasonable searches and seizures. “The Fourth Amendment does not prohibit ‘reasonable’ warrantless searches and seizures,” said the Court. Furthermore, the Court said the analysis under the Fourth Amendment focuses on whether the police have acted reasonably under the circumstances.

Additionally, the Court explained that Article 1, section 7 of the Washington Constitution is more protective than the Fourth Amendment, particularly where warrantless searches are concerned. “Article 1, section 7 provides that ‘no person shall be disturbed in his private affairs, or his home invaded, without authority of law,'” said the Court.  The WA Constitution also prohibits any disturbance of an individual’s private affairs without authority of law. The Court said this language prohibits unreasonable searches.

Here, the court reasoned the police officers rightfully conducted a community caretaking search under the circumstances:

“In any event, the record establishes that the officers acted promptly given the circumstances. From the moment they arrived at the duplex, until entry, the officers individually and collectively began to ascertain the situation at hand. This included checking doors and windows to determine whether anyone was inside the duplex, contacting both the owner of the duplex and the individual listed on the lease in attempts to obtain consent to enter, questioning neighbors, and contacting animal control.”

The Court emphasized that, ultimately, the officers reached a point where two things were clear: (1) obtaining consent to enter was not possible as no person entitled to consent could be identified, and (2) there was nothing further the officers could do to discern the welfare of any person inside the unit absent entry. “At this point, the officers reasonably concluded that forcible entry was necessary to determine the need for and to render assistance. Given the circumstances, this was an immediate response to a likely emergency,” said the Court.

Finally, the Court reasoned the officers’ warrantless search of the duplex was justified pursuant to the community caretaking function exception as considered by a majority of the Supreme Court in State v. Smith.