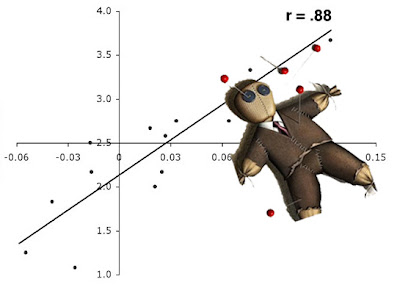 Interesting article from the Wall Street Journal written Alex Kozinski , a judge on the Ninth Circuit Court of Appeals since 1985, discusses how the U.S. has relied on flawed forensic evidence techniques for decades, resulting in false convictions.

According to Judge Kozinski, the White House released a report that fundamentally changes the way many criminal trials are conducted. The new study from the President’s Council of Advisors on Science and Technology (PCAST) examines the scientific validity of forensic-evidence techniques—DNA, fingerprint, bitemark, firearm, footwear and hair analysis. It concludes that virtually all of these methods are flawed, some irredeemably so.

The study indicates that only the most basic form of DNA analysis is scientifically reliable. Some forensic methods have significant error rates and others are rank guesswork. “The prospects of developing bitemark analysis into a scientifically valid method” are low, according to the report. In plain terms, says Judge Kozinski, “Bitemark analysis is about as reliable as astrology.” Yet many unfortunate defendants languish in prison based on bad science.

Even more disturbing, the article states that forensic scientists – who are often members of the prosecution team – sometimes see their job as helping to get a conviction. This can lead them to fabricate evidence or commit perjury, says Judge Kozinski. Many forensic examiners are poorly trained and supervised. They sometimes overstate the strength of their conclusions by claiming that the risk of error is “vanishingly small,” “essentially zero,” or “microscopic.” The report calls such claims “scientifically indefensible,” but jurors generally take them as gospel when presented by government witnesses who are certified as scientific experts.

Apparently, problems with forensic evidence have plagued the criminal-justice system for years.

The PCAST report recommends developing standards for validating forensic methods, training forensic examiners and making forensic labs independent of police and prosecutors. “All should be swiftly implemented,” says Judge Kozinski, who adds that preventing the incarceration and execution of innocent persons is as good a use of tax dollars as any:

“Among the more than 2.2 million inmates in U.S. prisons and jails, countless may have been convicted using unreliable or fabricated forensic science. The U.S. has an abiding and unfulfilled moral obligation to free citizens who were imprisoned by such questionable means. If your son or daughter, sibling or cousin, best friend or spouse, was the victim of voodoo science, you would expect no less.”

My opinion? Jurors rely HEAVILY on forensic evidence in their deliberations. And it makes sense: it’s a huge task to weigh evidence and sift through the rhetoric of arguments from the prosecution and defense. Cold, hard, quantifiable and scientific facts make it easy for jurors to render decisions.

Consequently, the information from this report is both good and bad news. It’s good because the truth about  “voodoo science” in the courtroom has finally surfaced to the mainstream. It’s bad because hundreds, if not thousands of innocent people are convicted of crimes and serve years in prison based on unreliable evidence for crimes they didn’t commit.

Competent attorneys should immediately gain an understanding of challenging prosecution experts who bring voodoo science in the courtroom. It’s the only way to shed light on this grim subject and bring justice to our courts.