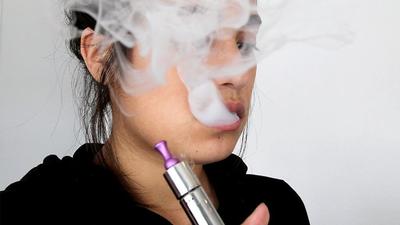 A new study from the journal Pediatrics suggests ways to reduce the risk that children will drive under the influence of alcohol or drugs as teenagers.

The study found that 12-year-old children who believed marijuana could help them relax or was otherwise beneficial were more likely to drive under the influence when they were 16. The study also showed these minors were also significantly more likely to ride with someone else who was buzzed, drunk or high behind the wheel.

“Youth view marijuana use as less dangerous than drinking,” the study authors wrote. “We must begin to address how changing views of marijuana might increase risk for not only marijuana use, but other behaviors.”

So researchers from Rand Corp. in Santa Monica and Arlington, Va., went looking for risk factors in middle school that could predict these dangerous behaviors in high school. They turned to data from a substance use prevention program called CHOICE that was tested in 16 middle schools in greater Los Angeles.

Using statistical models to control for the students’ age, gender, race and ethnicity, school and whether their mothers had graduated from high school, the researchers identified several factors that seemed to predict unsafe driving at age 16.

According to the study, those who held more tolerant ideas about marijuana when they were 12 (in sixth or seventh grade) were 63% more likely than their peers to admit either driving under the influence themselves or to ride with someone who was under the influence

Additionally, 12-year-olds who felt most confident that they could resist marijuana use wound up being 89% more likely to mix alcohol and drugs with cars, motorcycles or other vehicles. This finding surprised the researchers, they wrote.

By the time the students were 14, some of the risk factors had changed. Those who said they had used alcohol in the last month were more than twice as likely as their peers to drive under the influence or ride with an intoxicated driver two years later.

And positive beliefs about marijuana still mattered — 14-year-olds who had them were still 67% more likely to mix alcohol, drugs and motor vehicles at age 16.

The researchers noted that marijuana has taken on a benign image among middle schoolers “as medical and recreational marijuana legalization increases in our country, adolescents are becoming more accepting of marijuana use,” they wrote. “This highlights the need to address these types of beliefs as early as sixth grade.”

My opinion? If these studies are accurate, they merely reveal our need to EDUCATE our youth about drugs, alcohol and vehicles. In short, DRUGS/ALCOHOL AND VEHICLES DON’T MIX. It doesn’t matter what type of drug you’re taking; whether it be prescription, medical marijuana or street drugs. Don’t do drugs and drive. And it doesn’t matter what type of alcohol you’re drinking. Don’t drink and drive.  If your doctor informs you that taking your prescription medication may affect your ability to operate a motor vehicle, then please think twice about operating a motor vehicle.

I’ve assisted many clients facing DUI charges of varying degrees. However, studies like this show that society is becoming less tolerant and sympathetic toward individuals charged with DUI. It takes a very competent and experienced defense attorney to reveal the science, forensics and idiosyncrasies of DUI litigation in today’s anti-drug climate.