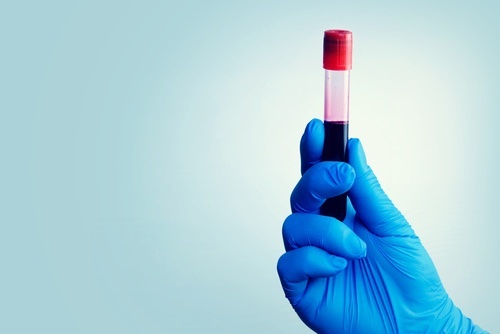 In State v. Goggin, Division II of the Court of Appeals held that when a blood test is collected pursuant to a search warrant, the officer is not required to advise the defendant that the defendant has a right to additional tests. Also, proof of the defendant’s prior DUI conviction from Idaho was admissible; and the admission did not violate the confrontation clause.

Mr. Goggin was arrested for DUI. After taking Mr. Goggin in for a blood alcohol concentration (BAC) test, Officer Marcus read Mr. Goggin his implied consent warnings, including his right to have additional tests performed by a person of his own choosing. Mr. Goggin indicated he understood his rights and signed the implied consent form. Officer Marcus obtained a search warrant to draw a sample of Mr. Goggin’s blood. It was taken about three hours after his arrest and without any further independent-testing advisement.

Mr. Goggin was charged with Felony DUI because he allegedly had four prior DUI convictions.

At trial, Goggin moved to suppress the results of the blood test based on the officer’s failure to advise him of his right to an additional test after obtaining the warrant. The trial court said, “This was a blood draw authorized by a search warrant. The trooper did not have to advise the defendant of the right to additional tests.” Later, Goggin was found guilty. He appealed.

During cross-examination, defense counsel asked Trooper Marcus whether he re-read the implied consent warnings to Mr. Goggin after obtaining the search warrant:

Defense counsel: Did you at any time advise him as part of any warnings related to the blood test that he could get an additional blood test?

Trooper Marcus: That was in part of the implied consent warnings for breath. It states in there that you have the right to additional tests administered by a qualified person of your own choosing.

Defense counsel: You have separate warnings for blood; do you not?

Trooper Marcus: We do, but implied consent warnings for blood weren’t read in this case.

Later in trial, the Prosecutor admitted evidence of the defendant’s prior DUI from Idaho. Although no witnesses actually testified that Mr. Goggin actually had a prior DUI from Idaho, the prosecutor successfully admitted into evidence the Judgment and Sentence conviction data from the Idaho court. Mr. Goggin tried dismissing the case based on the State’s failure to produce a witness from Idaho who could provide evidence that he had been arrested in Idaho. The court denied the motion, finding sufficient circumstantial evidence to go to the jury. The jury found Mr. Goggin guilty of felony OUI. He appealed.

The Court of Appeals held that the arresting officer was not required to advise Mr. Goggin of the right to additional tests because the blood draw was authorized by a search warrant, not the implied consent statute. The Court reasoned that City of Seattle v. Robert St. John, and  RCW 46:20.308(1) allows officers to “obtain a search warrant for blood alcohol tests regardless of the implied consent statute.”

In St. John, the motorcyclist refused to take the voluntary test; but, the evidence that the motorcyclist was driving under the influence constituted sufficient probable cause to justify a warrant. Similarly here, the search warrant and subsequent blood alcohol test were the result of evidence showing Mr. Goggin was driving under the influence. Thus, the State was not required to re-advise Mr. Goggin of his right to additional tests after issuance of the search warrant.

The Court also held that Goggin’s constitutional right to confront a witness under Crawford v. Washington were not violated when the State failed to produce a witness who could testify about Goggin’s prior DUI from Idaho. Here, the State met its burden of proving Mr. Goggin was the same Joseph Goggin convicted of the 2009 DUI in Idaho by submitting Mr. Goggin’s 2007 to 2011 Washington State Identification card.

his photographic identification card included Mr. Goggin’s height and weight, hair and eye color, and his address. This information matched the identifying information in the 2009 Idaho judgment and sentence. The identification card was issued in 2007 and was valid until 2011; thus, it corresponded with the date of the Idaho conviction. Accordingly, the State provided sufficient evidence of this fourth DUI to support the conviction for felony DUI.

Also, Mr. Goggin’s Idaho judgment and sentence was inherently trustworthy. It was not created in anticipation of litigation or to prove a fact at trial; therefore, it was not necessary to cross-examine the clerk who certified the document. A certified record not prepared for use in a criminal proceeding but created for the administration of an entity’s affairs is not testimonial evidence under Crawford v. Washington. Accordingly, the admission of the Idaho judgment and sentence did not violate Mr. Goggin’s confrontation rights.