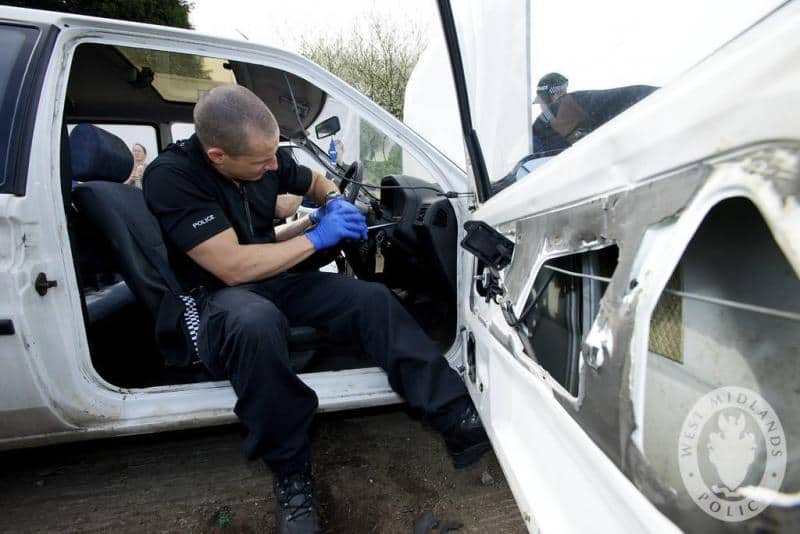 Interesting. In State v. Witherrite, the Court of Appeals decided that law enforcement officers need not give Ferrier warnings for car searches because an automobile should not be treated in the same manner as a home.

A deputy sheriff stopped Ms. Witherrite for a traffic violation and had her perform field sobriety tests. The deputy then received permission to search Ms. Witherrite’s car after advising her that at any time she could stop or limit the scope of the search. The deputy did not tell her that she had the right to refuse consent.

The vehicle search turned up marijuana, methamphetamine, and drug paraphernalia. The prosecutor ultimately charged Drug Offenses for each of those items. She moved to suppress the evidence, arguing that her consent was invalid due to the absence of the warnings required by State v. Ferrier, 136 Wn.2d 103,960 P.2d 927 (1998). The trial court disagreed, concluding that Ferrier did not extend to vehicles and that Ms. Witherrite had consented to the search. The court found her guilty as charged. Ms. Witherrite timely appealed.

The issuel presented on appeal was whether the Court would extend Ferrier warnings to vehicle searches.

Some background on Ferrier is necessary. In Ferrier, the Washington Supreme Court faced a situation where officers wanted to get inside a house to see if they could smell growing marijuana which they suspected was present on the basis of an unsupported tip. The officers did not tell the occupant that she had the ability to refuse consent. After being invited into the home, the officers asked for consent to search the residence. A detective explained that this “knock and talk” procedure was used in order to avoid seeking a search warrant. The defendant consented to the search and was convicted of the charges.

The Washington Supreme Court reversed the conviction, ruling that because the woman had a heightened right of privacy in her home. Under article I, section 7 of the WA Constitution, officers could not enter a home to seek voluntary consent to search the dwelling without first informing her that she did not need to consent to the entry. The court’s analysis repeatedly emphasized the heightened protection given the home under our constitution. The court then adopted the following rule:

When police officers conduct a knock and talk for the purpose of obtaining consent to search a home, and thereby avoid the necessity of obtaining a warrant, they must, prior to entering the home, inform the person from whom consent is sought that he or she may lawfully refuse to consent to the search and that they can revoke, at any time, the consent that they give, and can limit the scope of the consent to certain areas of the home.

Despite the above rule, the WA Court of Appeals in this case decided Ferrier warnings are NOT applicable outside of the home because the Washington Supreme Court has long distinguished houses from vehicles in the search and seizure context.

One particularly instructive case the court examined was State v. Vrieling, 144 Wn.2d 489,28 P.3d 762 (2000). There, a deputy sheriff stopped a motor home and arrested the driver, Ms. Vrieling. A search of the motor home was conducted incident to the arrest. The question before the court was whether the then-existing vehicle search doctrine applied to the search of the motor home, which is essentially a house-like vehicle. The court ultimately concluded that when a motor home is used as a vehicle, the vehicle search doctrine applied and apparently, Ferrier warnings do not.

The treatment of the home as most deserving of heightened protection under the WA constitution led the court to conclude that Ferrier warnings need not be given prior to obtaining consent to search a vehicle.

My opinion? Sad as it seems, this opinion makes sense. There certainly are differences between a car and a home. Simply put, homes have more privacy protections than cars.