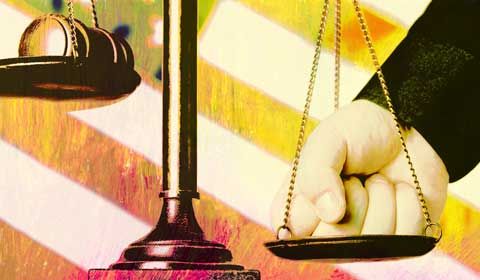 In State v. Fedoruk, Division II overturned the conviction of a defendant charged with Murder in the Second Degree. The court ruled (1) Mr. Fedoruk received ineffective assistance of counsel because his attorney failed to timely pursue a mental health defense and did not object to alleged prosecutorial misconduct; and (2) the prosecutor committed flagrant and ill-intentioned misconduct in closing argument by undermining the presumption of innocence, encouraging the jury to decide the case on grounds other than reasoned evaluation of the evidence, expressing personal opinions as to Fedoruk’ s guilt, and presenting evidence not admitted at trial.

Mr. Fedoruk was charged with Murder in the Second Degree of a relative named Ischenko, whom Fedoruk had accused of raping a family member.

Apparently, Mr. Fedoruk had a long history of serious mental illness. He suffered a head injury in a motorcycle accident at the age of 18, was diagnosed with schizophrenia, and was twice admitted to a psychiatric hospital. Doctors have prescribed numerous psychotropic and antipsychotic medications, but Fedoruk had a history of poor compliance with the medication regimens.

During a 2007 competency evaluation, doctors at Western State Hospital diagnosed Fedoruk with bipolar disorder, most recent episode manic, with psychotic features. Fedoruk underwent another mental health evaluation after the State charged him with Robbery, Assault, Theft, and Criminal Trespass in 2008, and a court ultimately found Fedoruk not guilty by reason of insanity.

Despite the above background of mental health issues, Fedoruk’ s defense counsel stated at a pretrial hearing that “the Defense has no intention of putting forward an affirmative defense of diminished capacity or arguing that … Fedoruk was incapable of forming intent at the time.” And although defense counsel later requested a 60-day continuance to pursue an Insanity defense, the trial judge denied the motion and ruled defense counsel failed to lay the foundation for the defense, and that diligence was not shown.

Fedoruk’s case proceeded to trial. At trial, the medical examiner testified that Ischenko died from blunt force trauma, and possibly also strangulation. A crime laboratory analyst testified that the DNA (deoxyribonucleic acid) profile obtained from bloodstains on Fedoruk’ s clothing matched Ischenko’ s. DNA from numerous bloodstains at the end of the driveway also matched Ischenko’ s profile, as did DNA in blood obtained from under Fedoruk’ s fingernails.

The trial proceeded to Closing Argument. The Prosecutor had a lengthy closing argument on PowerPoint. Among other improper statement, the Prosecutor concluded the presentation by showing a large image of Ischenko’ s body in a ravine under the heading “Murder 2.” On the final PowerPoint slide, under an enlarged ” Murder 2″ heading, the word “GUILTY” flashes, written with all capitals in a 96 -point red font. As these words and images appeared on the screen, the prosecutor delivered the following summation:

Fedoruk’s attorney did not object to any portion of the State’ s closing argument, or to the PowerPoint presentation.

Second, the Court addressed the issue of whether the Prosecutor’s closing argument was improper. To prevail on a prosecutorial misconduct claim, a defendant must show that the Prosecutor’ s conduct was both improper and prejudicial. To establish prejudice, the defendant must show a substantial likelihood that the misconduct affected the jury verdict.

Additionally, a Prosecutor who throws the prestige of her public office and the expression of her own belief of guilt into the scales against the accused deprives the defendant of the constitutional right to a fair trial. Finally, a Prosecutor enjoys wide latitude to argue reasonable inferences from the evidence, but must seek convictions based only on probative evidence and sound reason.

The court also reasoned that a prosecutor should not use arguments calculated to inflame the passions or prejudices of the jury. Although a Prosecutor may point out a lack of evidentiary support for the defendant’ s theory of the case or  state that certain testimony is not denied, the general rule is that the State cannot comment on the lack of defense evidence because the defense has no duty to present evidence.

Second, the Prosecutor asked the jury to infer guilt from the intuition of other witnesses who testified. Indeed, this served as the theme of her prepared remarks during closing argument. Therefore, this argument was improper. Finally, the prosecutor improperly commented on the lack of defense evidence by arguing that because Fedoruk did not present contrary evidence, Fedoruk agreed with the State’ s position. This, also, was improper. In sum, the court found the Prosecutor’s conduct was improper,  reversed the defendant’s conviction and remanded for a new trial.

My opinion? Although my heart goes out to the victim’s family, I’m happy with the Court of Appeals decision. Prosecutorial misconduct violates a defendant’s rights to a fair trial. It creates prejudices against the defendant which overwhelm a juror’s clear and rational thinking. And ultimately, it’s unnecessary. If a Prosecutor’s case is strong, then there is no need for misconduct. And the Court of Appeals said it best at the end of the opinion:

In legal doctrines, some distinctions seem cut with a jeweller’ s eye. Others seem more a work of watercolor, with one shade blurred into another. Although the line between zealous advocacy and improper argument may seem drawn in part in watercolor, the conduct at issue here fell outside its blurred zones. The prosecutor’ s actions described above constituted misconduct.