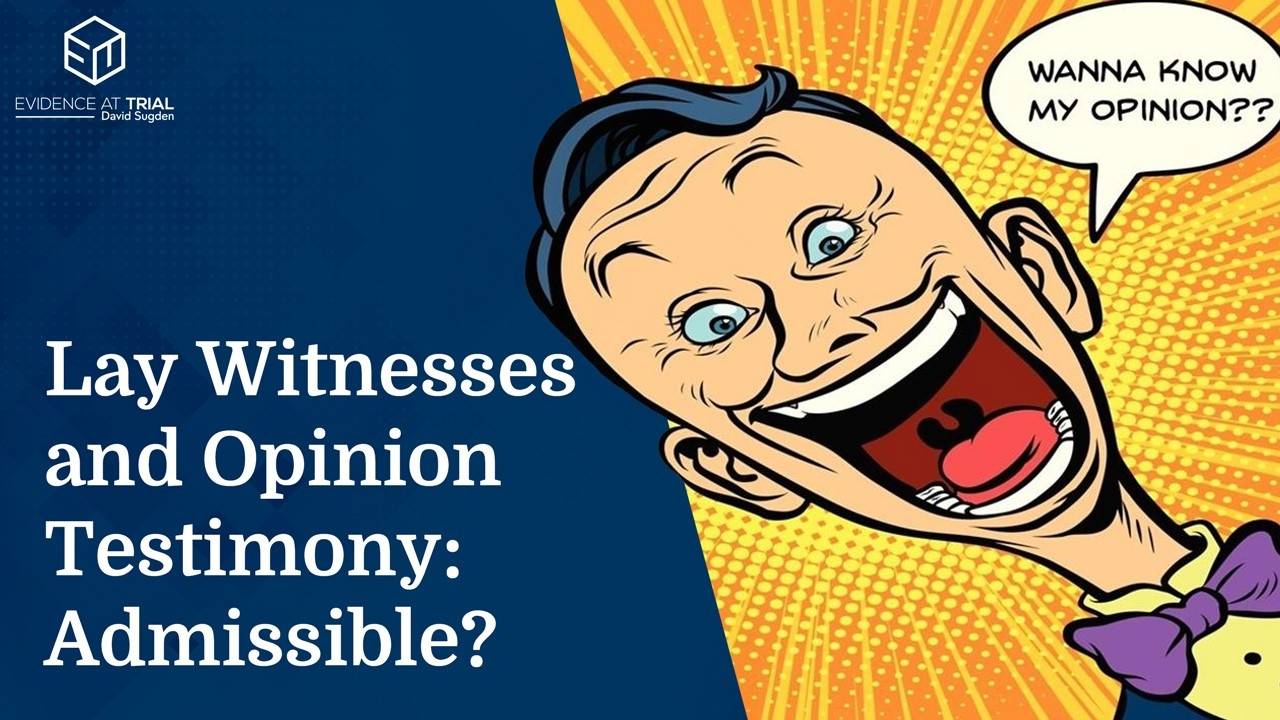 Some explanation of the HGN test is necessary. The HGN test is a routinely used field sobriety test in which the administrator tells the subject to follow a pen or fingertip with his or her eyes as the administrator moves the stimulus from side to side. After consuming alcohol, a person will have difficulty smoothly following the stimulus; the person’s eyes will jerk or bounce as they move from side to side.

For those who don’t know, “Nystagmus” is this very involuntary oscillation of the eyeballs – the jerking – which results from the body’s attempt to maintain orientation and balance. HGN is the inability of the eyes to maintain visual fixation as they turn from side to side or move from center focus to the point of maximum deviation at the side.

Here, Trooper Stone testified that in his opinion, the HGN test is very important to determining impairment because, unlike the walk the line test, which a person can practice, the HGN test measures an involuntary reflex. Trooper Stone did not perform any other sobriety tests on Quaale in the field.

During the HGN test, Trooper Stone observed Quaale’s eyes bounce and have difficulty tracking the stimulus. Trooper Stone placed Quaale under arrest for DUI, Reckless Driving, and Attempting to Elude. At the station, Trooper Stone informed Quaale of the implied consent warnings for a breath test. Quaale refused to take the test. Quaale was charged with Attempting to Elude a police vehicle and with Felony DUI. The DUI was charged as a felony because Quaale had been previously convicted of Vehicular Homicide While Under the Influence. RCW 46.61.502(6)(b)(i).

Quaale was tried twice. At the first trial, the jury convicted him of attempting to elude but could not agree on a verdict for the DUI charge. During a second trial on the DUI charge, the State concluded its direct examination of Trooper Stone with the following questions:

The WA Supremes reasoned that Trooper Stone’s testimony that he had “no doubt” the defendant was impaired was an improper opinion on the defendant’s guilt and therefore inadmissible. Trooper Stone based his opinion solely on a HGN test, which can indicate physical signs consistent with alcohol consumption. The test, however, cannot establish impairment by itself, and testimony to the contrary violates the limitations imposed by the Supreme Court’s decision in State v. Baity.

An explanation of State v. Baity is necessary. In Baity, the WA Supreme Court considered whether drug recognition protocol employed by police officers to detect behavior associated with certain drugs constituted novel scientific evidence generally accepted in the scientific community, satisfying the Frye test for admissibility of expert testimony.  Police officers trained to use this protocol are often referred to as Drug Recognition Experts (DREs).

DREs use a 12-step procedure to classify behavioral patterns associated with seven categories of drugs. Officers employ the HGN test as one ofthe 12 steps. In Baity, the Court analyzed whether the HGN test satisfied Frye when used for drug detection. The Court held that it did. It reasoned that the underlying scientific basis of the test-an intoxicated person will exhibit nystagmus was undisputed. T

he Court also noted that officers perform the test in the same way whether the officer tests for alcohol or drug impairment and that the officer also looks for the same result: involuntary jerking in the driver’s eyes. Thus, the Court’s analysis of the HGN test in the DUI drug detection context, as discussed in Baity, applies equally to the DUI alcohol detection context in this case.

Although the Baity Court heard testimony on the HGN test admissible as evidence that a person was intoxicated on drugs, the Court also placed limits on that testimony because the HGN test merely shows physical signs consistent with ingestion of intoxicants. The Court said that an officer may not testify in a manner that casts an “aura of scientific certainty to the testimony.”

The officer also cannot predict the specific level of  drugs present in a suspect.  Furthermore, the Baity court held that a DRE officer, properly qualified, could express an opinion that a suspect’s behavior and physical attributes are consistent or inconsistent with those behaviors and physical signs associated with certain categories of drugs.

With that background, the Quaale Court reasoned that the Trooper’s testimony that Quaale was “impaired” parroted the legal standard contained in the jury instruction definition for “under the influence.” The word “impair” means to “diminish in quantity, value, excellence, or strength.” WEBSTER’S THIRD NEW INTERNATIONAL DICTIONARY 1131 (2002).

Thus, the trooper concluded that alcohol diminished Quaale in such an appreciable degree that the HGN test could detect Quaale’s impairment. Because the Trooper’s inadmissible testimony went to the ultimate factual issue-the core issue of Quaale’s impairment to drive-the testimony amounted to an improper opinion on guilt.

With that, the WA Supremes affirmed the Court of Appeals, reversed the judgment and sentence, and remanded Mr. Quaale’s case for a new trial.