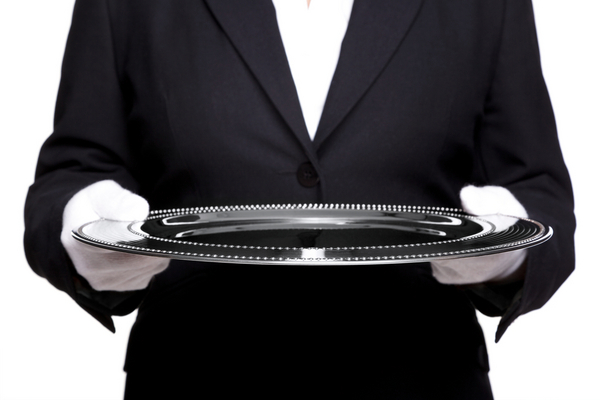 In State v. Martinez, the WA Court of Appeals held that the defendant’s computer hard drive which Texas police seized in Texas pursuant to a search warrant was lawfully searched by the Washington State Patrol without a Washington search warrant under the silver platter doctrine.

Carlos Martinez began working at the Monroe Police Department in 1989. He worked in several capacities, including as a Drug Abuse Resistance Education (D.A.R.E.) program instructor. While working as a D.A.R.E. instructor, Martinez met A.K., who was in fifth grade at the time.

Beginning in 2001 or 2002, when A.K. was 13 or 14 years old, she began baby-sitting Martinez’s two young children.  A.K. also came to the Martinezes’ house when she was not baby-sitting. She would sometimes show up unannounced. She would help Martinez with chores and do her schoolwork at the house. At the time, Martinez was married to his then-wife Julie West.

Apparently, Martinez began touching A.K. in a sexual manner when she was 14. He also set up a video camera in the bathroom and digitally recorded her when she used the facilities.

Ms. West went on vacation. During that time, A.K. stayed at the family home. When Ms. West returned from vacation, she discovered a love note from A.K. to Martinez. She also discovered a video recording that Martinez had made of A.K. getting out of the shower and stored on the family computer. West confronted Martinez about the recording. He said he wanted to see if A.K. had cut herself on the kitchen knife as she had claimed. West claimed that when she asked Martinez why he still had the recording on the computer, he responded that it was “nice to look at.”

Not long after this, A.K. and her family moved from Monroe to Eastern Washington. Martinez and A.K. kept in touch. Martinez claims that in February 2007 they began a consensual sexual relationship when A.K. was 18 years old. In fall 2009, the Army recalled Martinez to active duty and stationed him in San Antonio, Texas. A.K. moved to Texas to be with him. They lived together for a short time.

The Texas police obtained a warrant to search Martinez’s home and seize his laptop computer and digital media storage devices. Then, a grand jury was convened in Texas to consider a possession of child pornography charge. But the grand jury refused to indict, returning a “no bill.” The case was dismissed. Texas police made a mirror image of Martinez’s computer hard drive and, at WSP’s request, sent it to WSP. Without obtaining a separate warrant, WSP searched this mirror image hard drive. Texas police also sent WSP two actual laptop computers and hard drives seized from Martinez. After obtaining a warrant, WSP searched those items.

The jury found Martinez guilty on both counts. Because the voyeurism charge occurred outside the statute of limitations, the trial court dismissed that count and convicted him on only the possession count.

The Court of Appeals accepted review on the issues of (1) whether the warrantless search of Martinez’s computer hard drive was lawful when Texas police – and not WA law enforcement – searched the computer, and (2) whether spousal privilege applies to suppress the testimony of his ex-wife at trial.

The Court of Appeals held that (1) the silver platter doctrine allowed the Washington State Patrol to later examine the hard drive without a warrant, and (2) because Martinez acted
as a guardian to the victim, the spousal privilege does not apply here.

The Court of Appeals reasoned that Fourth Amendment guarantees the right of the people to be secure in their persons, houses, papers, and effects, against unreasonable searches and seizures.  If a government action intrudes upon an individual’s “reasonable expectation of privacy,” a search occurs under the Fourth Amendment. Furthermore, the Washington Constitution provides greater protection of a person’s privacy rights than does the Fourth Amendment. Article 1, section 7 of the Washington Constitution focuses on those privacy interests which citizens of this state have held, and should be entitled to hold, safe from governmental trespass absent a warrant.

“Martinez does not dispute that Texas lawfully obtained the hard drive,” reasoned the Court of Appeals. “And he does not challenge the trial court’s findings that Washington State Patrol (WSP) had no involvement in obtaining or serving the Texas warrant and that Texas police did not act as agents of WSP when they obtained or served the warrant.” Thus, under the silver platter doctrine, the evidence was admissible.

Next, the Court of Appeals rejected Martinez’ arguments that the silver platter doctrine does not apply here because the Texas officers did not conduct any search that would be unlawful in Washington. “The doctrine requires that the State show only two things: (1) the search was lawful in Texas and (2) the Washington officers did not act as agents for Texas or cooperate or assist Texas in any way,” said the Court. “Because the State proved this, the doctrine applies.”

Next, Martinez argued that the warrant issued in Washington allowing the WSP to search his laptop computers and hard drives was overbroad. In response, the Court of Appeals reasoned that the Fourth Amendment provides that “no warrants shall issue, but upon probable cause, supported by oath or affirmation, and particularly describing the place to be searched, and the persons or things to be seized.” Furthermore, the search warrant particularity requirement helps prevent general searches, the seizure of objects on the mistaken assumption that they fall within the issuing magistrate’s authorization, and the issuance of warrants on loose, vague, or doubtful bases of fact.

“When a search warrant authorizes a search for materials protected by the First Amendment, a greater degree of particularity is required, and we employ a more stringent test,” said the Court. “While the First Amendment presumptively protects obscene books and films, it does not protect child pornography involving actual minors.” Also, the Court of Appeals raised and dismissed Martinez’ arguments that the warrant was invalid for other reasons as well.

The Court of Appeals addressed Martinez’ arguments that the trial court mistakenly admitted the testimony of his ex-wife regarding a conversation she shared with Mr. Martinez’ video of A.K. as being “nice to look at.” The Court reasoned that generally, a current or former spouse cannot be examined about confidential communications made during the marriage without the consent of the other spouse. It also explained that the marital privilege rule tries to encourage the free interchange of confidences between husband and wife that are necessary for mutual understanding and trust. “But in some situations the policies that underlie the right to invoke a testimonial privilege are outweighed by the suppression of truth that may result,” said the Court. “Thus, this spousal privilege does not apply in a criminal proceeding for a crime committed against a child for whom the spouse is a parent or guardian.”

The Court reasoned that here, West merely repeated statements by Martinez and did not comment about her belief in Martinez’s guilt. “We agree that these facts are sufficient for the jury to conclude that Martinez kept the recording for the purpose of sexual stimulation and that West’s testimony that Martinez said the recording was ‘nice to look at’ could not have materially affected the outcome of the trial,” said the Court.

Finally, the Court of Appeals raised and dismissed Martinez’ arguments that there was prosecutorial misconduct and ineffective assistance of counsel. “The Prosecutor’s general references were unlikely to have affected the jury’s verdict in light of the other incriminating evidence,” said the Court. Furthermore, Martinez does not show that his counsel’s failure to object to the Prosecutor’s case presentation was unreasonable and/or was not strategic.

With that, the Court of Appeals upheld Martinez’ conviction and sentence.