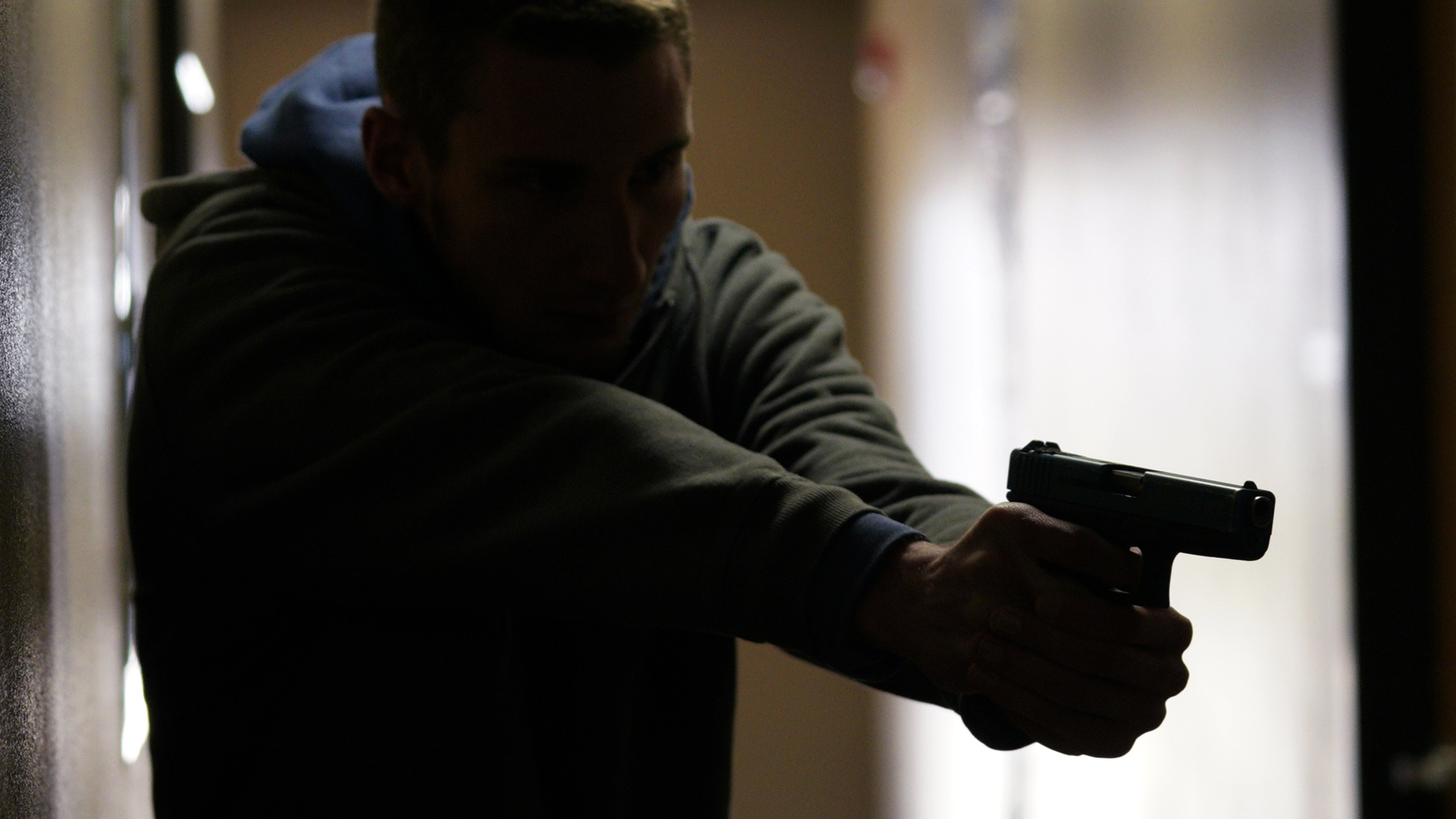 In State v. Vela, the WA Court of Appeals held that the defendant’s Sixth Amendment right to present evidence was violated when the trial court excluded testimony regarding why the defendant, who claimed self-defense, feared the victim.
BACKGROUND FACTS
On February 20, 2014, Duarte Vela shot and killed Antonio Menchaca in Okanogan County. The question at trial was why Duarte Vela shot and killed Menchaca.

On the date of the incident, Vela’s wife called Vela and said she thought she saw Menchaca driving by their house. Vela went home, retrieved a firearm and then was heading to Brewster to pick up a child, when he saw Menchaca parked along the road on old Hwy 97 near the Chiliwist Road. Vela stopped and confronted Menchaca. According to a witness at the scene, Vela then pulled out a pistol and shot the Menchaca two or three times. Menchaca died at the scene from the gunshots.

Vela then drove back to his home, put the gun away and called 911 to report the shooting. Vela told Deputies he was at his home and would be waiting for them. Deputies arrived and picked up Vela without incident. Vela was transported to the Okanogan County Jail and booked for various firearm offenses and Murder in the Second Degree.

The trial occurred in January 2015. Prior to jury selection, the State moved in limine to exclude evidence of Menchaca’s prior bad acts. Vela responded that he sought to admit certain prior bad acts of Menchaca known to him to establish the reasonableness of his fear of Menchaca. Specifically, Vela wanted to introduce testimony that (1) Menchaca threatened to return to Okanogan and kill Duarte Vela’s after being released from prison, (2) Menchaca kidnapped Vela’s younger sister in 2007 when she was just 15 years old, (3)
Menchaca had repeatedly battered Vela’s sister throughout their marriage, and that she had told Vela about this, (4) Vela’s wife witnessed the domestic violence abuse from Manchaca to Vela’s sister (5) Vela was told by his family members about Menchaca’s threat to kill his family and Menchaca’s domestic violence against Blanca, (6) Vela feared Menchaca being around his family, (7) Vela believed he needed to arm himself when he went to his sister’s apartment to confront Menchaca, (8) Vela’s wife told him the SUV driver  Martinez and Menchaca gave her a threatening look when the SUV first parked in or near the pullout, (9) why Vela followed the SUV the first time, (10) why Vela believed there were two people in the car when he followed the SUV the first time, (11) Martinez’s statement to him that he was alone in the SUV, (12) what he felt when he saw Martinez later drive by with Menchaca in the passenger seat, (13) why Vela had an elevated fear as he went after the SUV for the second time, (14) Vela’s wife being upset when he returned and explained that Menchaca was not in the SUV, (15) Vela’s belief that something was wrong when Martinez and Menchaca both got out of the car and walked toward him, (16) what Vela feared Menchaca and Martinez might do as they walked toward him, and (17) the degree of bodily harm Vela feared just before he shot Menchaca, as Menchaca became upset and reached into his pocket.

However, the trial court excluded the proferred evidence on the basis that the testimony was irrelevant, too remote in time and ultimately inadmissible.

Also, toward the end of trial, Duarte Vela requested a “no duty to retreat” jury instruction.
However, the trial court denied the instruction. The jury returned a verdict of guilty on all counts. Vela appealed.
COURT’S ANALYSIS & CONCLUSIONS
The Court of Appeals reasoned that right to present testimony in one’s defense is guaranteed by both the United States and the Washington Constitution. Here, Vela argued the trial court’s evidentiary rulings violated his right to present a defense. He principally argues the trial court committed reversible error when it excluded evidence relating to: (1) Menchaca’s prison threat, (2) Menchaca’s years of domestic abuse against Blanca, (3) Menchaca’s abduction of Maricruz, (4) why he feared Menchaca, and (5) the type of bodily harm he feared just before he shot Menchaca.
The Court reasoned that in considering a claim of self-defense, the jury must take into account all the facts and circumstances known to the defendant. “Because the vital question is the reasonableness of the defendant’s apprehension of danger, the jury must stand as nearly as practicable in the shoes of the defendant, and from this point of view determine the character of the act,” said the Court of Appeals.
Furthermore, the Court reasoned that evidence of a victim’s propensity toward violence that is known by the defendant is relevant to a claim of self-defense because such testimony tends to show the state of mind of the defendant and to indicate whether he, at that time, had reason to fear bodily harm. Thus, such evidence is admissible to show the defendant’s reason for fear and the basis for acting in self-defense.
“Here, Vela sought to introduce Menchaca’ s threat to kill Vela’s family and Menchaca’s past domestic violence not to prove they were true, but for the very relevant purpose of showing the reasonableness of his fear of Menchaca,” reasoned the Court of Appeals. “The evidence, therefore, was not hearsay. To the extent the trial court excluded this and
several miscellaneous statements offered by Duarte Vela to show his state of mind, the
trial court erred,” said the Court.
The Court also said that the reasonableness of Vela’s fear of Menchaca is one of two components of his self-defense claim, the other component being the degree of bodily harm he feared just before he shot Menchaca:

“Menchaca’s past threat to kill Vela’s family was central to Duarte Vela’s ability to explain the reasonableness of his fear. Unless the evidence was inadmissible under the State’s other arguments, the trial court’s exclusion of this evidence deprived Vela of the ability to testify to his versions of the incident.”

Furthermore, the Court of Appeals reasoned that the trial court’s evidentiary rulings precluded Vela from presenting a legal defense to the killing that he admitted to and omitted evidence that would have created a reasonable doubt that did not otherwise exist. “For this reason, the trial court’s evidentiary rulings violated Duarte Vela’s Sixth Amendment right to present a defense,” said the Court of Appeals.
Next, the Court of Appeals addressed whether the trail court erred in refusing to allow Vela the “No Duty to Retreat” jury instruction. “Because the facts would not support retreat as an option to someone pulling a gun at close range and because the State did not argue that Vela could have retreated, the trial court did not err in refusing the instruction.”
CONCLUSION
Although the Court of Appeals denied Vela’s argument of instructional error, it concluded the trial court’s evidentiary rulings denied his Sixth Amendment right to present
a defense. It therefore reversed and remanded for a new trial.
My opinion? Good decision. It’s wrong to hobble defendants of their right to self-defense when the defense is justified. For more on this topic, please read my Legal Guide titled, “Self-Defense.”  And please call my office if you have friends or family accused of crimes involving self-defense.