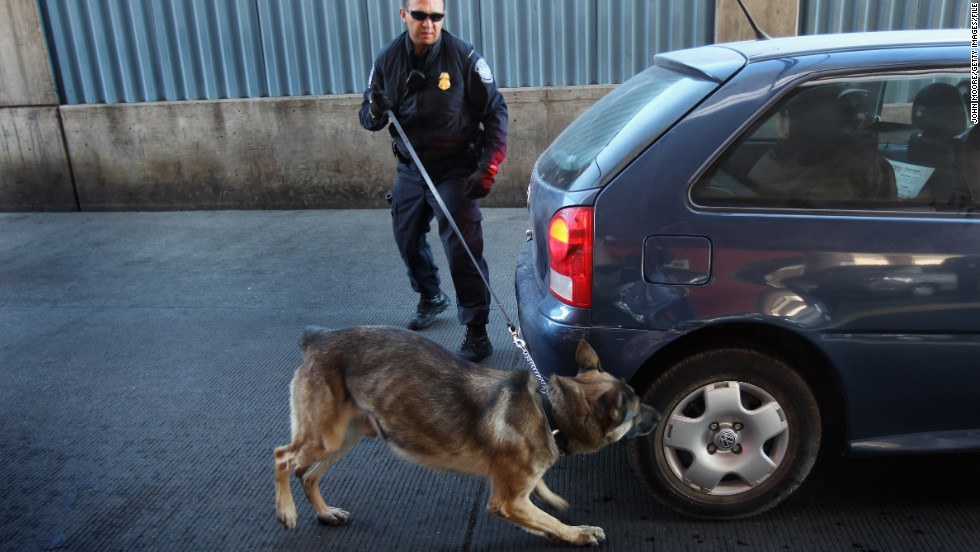 In summary, the Supreme Court ruled that (1) the 4th Amendment does Fourth Amendment does not tolerate a dog sniff conducted after completion of a traffic stop, (2) a police stop exceeding the time needed to handle the matter for which the stop was made violated the Constitution’s shield against unreasonable seizures, (3) a seizure justified only by a police-observed traffic violation becomes unlawful if it is prolonged beyond the time reasonably required to complete the issuing of a ticket for the violation, and (4) a stop may, however, be prolonged for a dog sniff when there is independent information giving rise to an individualized suspicion that the occupants of the car are involved in a drug offense.

The 6-3 ruling is indeed a big win for the 4th Amendment.

In this case, Officer Struble, a K-9 officer, stopped the defendant Rodriguez for driving on a highway shoulder. After issuing a warning for the traffic offense Officer Strubble asked Rodriguez for permission to walk his dog around the vehicle. Rodriguez refused. Struble detained him until another police officer arrived. Struble’s dog performed a search and alerted to the presence of drugs in the vehicle. The dog found methamphetamine.

Seven or eight minutes elapsed between the time Struble issued the warning and the dog alerting to the presence of contraband.

Rodriguez faced several federal drug charges. Although he moved to suppress evidence seized from the vehicle on the basis that Officer Struble prolonged the traffic stop without reasonable suspicion in order to conduct the dog sniff search, the lower court denied Rodriguez’s motion. Eventually, the United States Supreme Court weighed in on the search and seizure issues.

The Court reasoned that a routine traffic stop is more like a brief stop under Terry v. Ohio than an arrest. Its duration is determined by the seizure’s “mission,” which is to address the traffic violation that warranted the stop and attend to related safety concerns.

Beyond determining whether to issue a traffic ticket, an officer’s investigation during a traffic stop typically includes checking the driver’s license, determining whether there are outstanding warrants against the driver, and inspecting the automobile’s registration and proof of insurance. These checks serve the same objective as enforcement of the traffic code: ensuring that vehicles on the road are operated safely and responsibly.

The court further reasoned that a dog sniff is not fairly characterized as part of the officer’s traffic mission. Also, the Court was concerned that seizing citizens for traffic stops and holding them to conduct a more intrusive search with no evidence of criminal activity beyond the mere traffic stop is unlawful: “The critical question is not whether the dog sniff occurs before or after the officer issues a ticket, but whether conducting the sniff adds time to the stop.

My opinion? Great ruling! It’s rare that the Supreme Court upholds the 4th Amendment these days. Fortunately, this favorable outcome happened because the suspect asserted his rights by refusing the dog sniff. Past rulings from the U.S. Supreme Court limit 4th Amendment protections where suspects DID NOT assert their rights. See Florida v. Bostick.

Yet here’s a case where the suspect did flex their rights. Look at the outcome! It’s a testament – a reminder, if you will – that asserting your rights makes a difference. Great case.