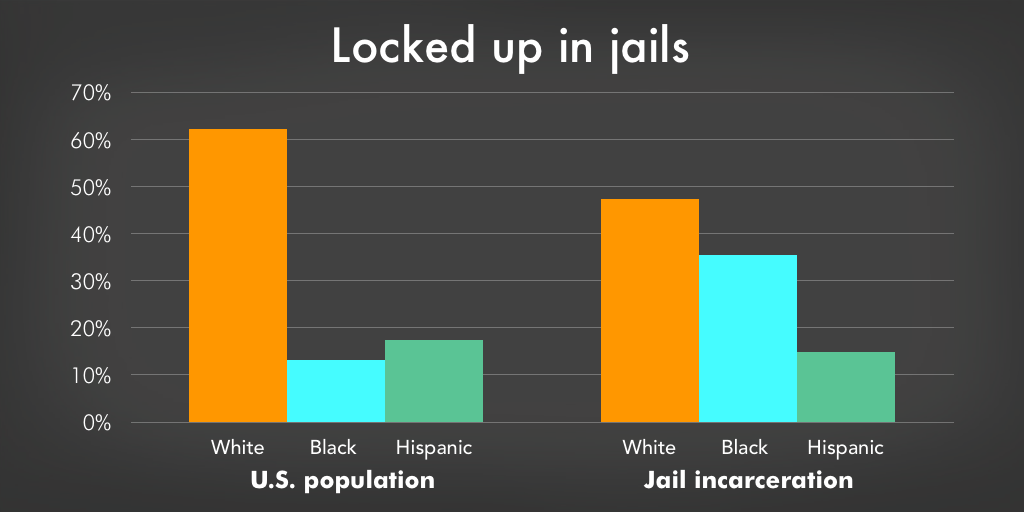 For black youth, the Consequences of Arrest by eighth grade predicts they will be arrested by young adulthood – but the same is not true for white youth, a new University of Washington study finds.

The study, titled, The Usual, Racialized, Suspects: The Consequences of Police Contacts with Black and White Youth on Adult Arrest, finds that Black young adults are 11 times more likely to be arrested by age 20 if they had an initial encounter with law enforcement in their early teens than Black youth who don’t have that first contact.

In contrast, white young adults with early police contact are not significantly more likely to be arrested later, compared with white peers without that history.

The study also found that Black youth are more likely than white youth to be treated as “usual suspects” after a first encounter with police, leading to subsequent arrests over time. Even as white young adults report engaging in significantly more illegal behavior, Black young adults face more criminal penalties, the study finds.

Researchers also said it’s not just the number of stops, but what transpires during a police stop that sets the tone for future interactions with police.

“What we know about police contacts and youth generally is that Black youth are more likely to be stopped by police to begin with, and are more likely to have a negative experience when that happens,” said first author Annie McGlynn-Wright, a postdoctoral fellow at Tulane University who led the study while pursuing her doctorate at the UW. “What we haven’t known previously is the long-term effects of police contacts in terms of criminal justice outcomes.”

Racial differences in who is stopped, why and for what penalty have been well documented, the researchers said. Also, police stops have been linked to individuals’ later run-ins with law enforcement.

While the data was collected in Seattle, researchers say the patterns they found are likely occurring in cities around the country — Seattle is “more like every other town” than some larger metro areas like Chicago and Philadelphia, where many criminal justice studies are located, noted co-author Robert Crutchfield, a professor emeritus of sociology at the UW.

“When police interact with communities, and young people in communities, they have to be especially mindful of the nature and substance of the encounters, and police really need training to avoid negative interactions. What we found is that contact matters. In this study, we couldn’t parse out the nature of the interactions, but I suspect most kids experienced the interaction in a negative way. The message is, cops need to do better to minimize unnecessary contacts, and when they do contact people, to treat them better.” ~Robert Crutchfield, UW Professor Emeritus of Sociology.

For this study, UW researchers wanted to examine the effects of the first stop on the lives of Black and white adolescents, and whether a stop in the early teen years is associated with “secondary sanctioning,” or a “usual suspects” treatment by police that plays out over future stops and/or arrests. The study is among the first to explore the racial differences in police contact over time.

It also comes during a period of significant reckoning over race and policing in the United States, after a series of law enforcement killings of Black people around the country. As communities grapple with how to address institutionalized racism, police procedures and accountability, many school districts, including Seattle, have ended their contracts with law enforcement agencies for school resource officers, the personnel who are assigned to specific school buildings. Research has shown that students of color are disproportionately subject to discipline and monitoring by school resource officers.

Please contact my office if you, a friend or family member are charged and arrested and race might play a factor in the charges. Hiring an experienced criminal defense attorney is the first and best step toward justice.