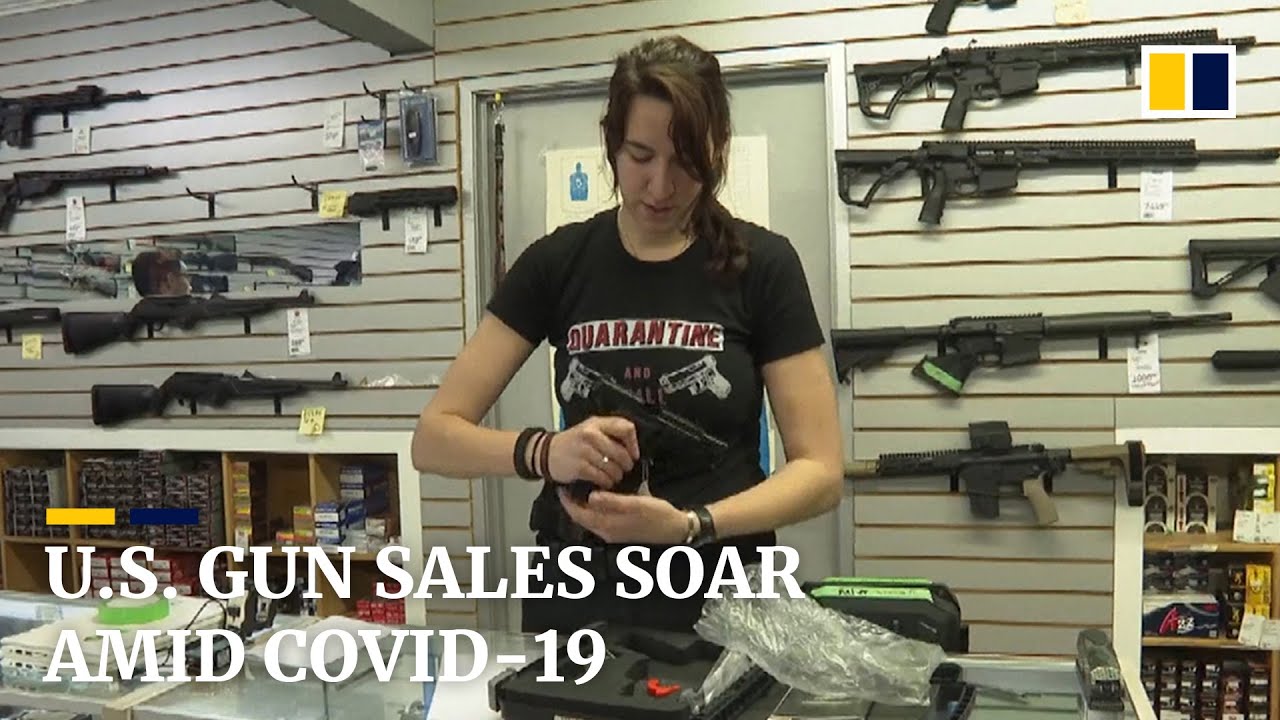 In March 2020, as the first COVID-19 outbreaks rippled across the U.S., Americans flocked to gun stores. In total, civilians purchased some 19 million firearms over the next nine months — shattering every annual sales record. At the same time, shootings across the country soared, with dozens of cities setting grim records for homicides.

Fresh data from the Bureau of Alcohol, Tobacco, Firearms and Explosives (ATF) provides some of the first evidence that a relationship exists.

ATF data shows that in 2020, police recovered almost twice as many guns with a short “time-to-crime” — in this case, guns recovered within a year of their purchase — than in 2019. Law enforcement officials generally view a short time-to-crime as an indicator that a firearm was purchased with criminal intent. This is because a gun with a narrow window between sale and recovery is less likely to have changed hands. Altogether, more than 87,000 such guns were recovered in 2020, almost double the previous high. And almost 68,000 guns were recovered in 2020 with a time-to-crime of less than seven months. This means they were less likely to have been purchased the previous year.

Put more plainly, thousands of guns purchased in 2020 were almost immediately used in crimes — some as soon as a day after their sale. That was the case of the 9mm Beretta pistol purchased by an Arlington man from Uncle Dan’s Pawn Shop and Jewelry in Dallas, according to police records. Officers seized the gun from its owner during a drug arrest 24 hours later. In another example, a Laredo, Texas, man assaulted his mother, then opened fire on police with his Smith & Wesson M&P 15-22 rifle in July 2020. The gun had been purchased at a Cabela’s in Ammon, Idaho, just three months earlier.

The research shows that immediate booms in access to firearms almost always lead to corresponding spikes in violence.

Dr. Garen Wintemute directs the Violence Prevention Research Program at UC Davis. He wasn’t surprised that the largest increase in access to firearms in history happened alongside a parallel surge in violence.

“It can be difficult or impossible statistically to sort out the contributions that any one of these [phenomena] made” to the rise in violence . . . But the bottom line is, if the prior research holds up and increases in access are associated with increases in violence, we’re in for a very rough time ahead.” ~Dr. Garen Wintemute

Please contact my office if you, a friend or family member face firearm offenses or any other crimes. Hiring an effective and competent defense attorney is the first and best step toward justice.