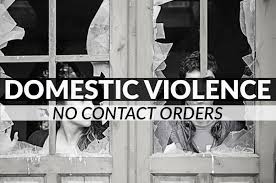 In State v. Granath, the WA Court of Appeals held that the lower court erred by refusing to lift a post-conviction No-Contact Order when the defendant fulfilled all the conditions of her sentence.

Defendant Wendy Granath was charged with sending a series of harassing
e-mails to her estranged husband. She was convicted in King County District
Court on one count of Cyberstalking and one count of Violation of a No-Contact
Order. Both offenses were designated as crimes of Domestic Violence.

On November 8, 2012, the court imposed a 24-month suspended sentence. The court ordered 24 months of supervised probation and imposed fines and fees totaling $1,808.

Also on November 8, 2012, the court issued a No-Contact Order. The
order form was captioned as a post conviction domestic violence No-Contact Order authorized by RCW 10.99.050. The order directed Granath not to threaten, stalk, harass, or contact her estranged husband or keep him under surveillance, and not to knowingly come within 500 feet of him, his residence, his school, or his workplace. The order warned, “Violation of this order is a criminal offense under chapter 26.50 RCW and will subject a violator to arrest.”

Notably, the order form includes a blank space for the expiration date:

In Granath’s case, the district court did not enter a date in the blank, so by
default, the order was set to expire on November 8, 2017.

At any rate, the district court “closed the case” in December 2014 after Granath paid the fines. At this point, the no-contact condition of her sentence no longer remained in effect.

Granath moved to have the No-Contact Order vacated on the ground that it expired when she completed her sentence. However, the district court denied the motion. The court characterized a No-Contact Order issued under RCW 10.99.050 as a “stand-alone” order and found that such an order can “survive on its own” for a full five years even if the underlying sentence is completed earlier.

The legal issue was whether the legislature Intended to criminalize violation of a post conviction No-Contact Order entered as a condition of sentence if the violation is committed after that sentence has been served.

The Court summarized the parties’ arguments. It acknowledged that Granath contends that under RCW 10.99.050(1), the no-contact order expires at the same time as the sentence containing the no-contact condition. In her case, that was in December 2014. The State, however, argues the No-Contact Order expires five years after the sentence was imposed.

Ultimately, the Court of Appeals took issue with the State’s argument. It said that the State’s idea that a No-Contact order may remain in effect for a ‘statutory maximum’ of some kind is not expressed in RCW 10.99.050; it is derived from State v. Armendariz. In that case, though, the maximum duration of the No-Contact order was derived from felony sentencing statutes, not from RCW 10.99.050.

The Court found that Granath was found guilty of a crime, she was sentenced, and a condition of the sentence restricted her contact with the victim. The district court was required by the statute to record the condition of the sentence as a no-contact order. However, once Granath completed her sentence and her case was closed, the No-Contact condition of sentence expired. The separate no-contact order expired at the same time. The district court erred by denying Granath’s motion to vacate the No-Contact Order.

With that, the Court of Appeals reversed the District Court’s ruling that the No-Contact Order in this case be preserved for 5 years.