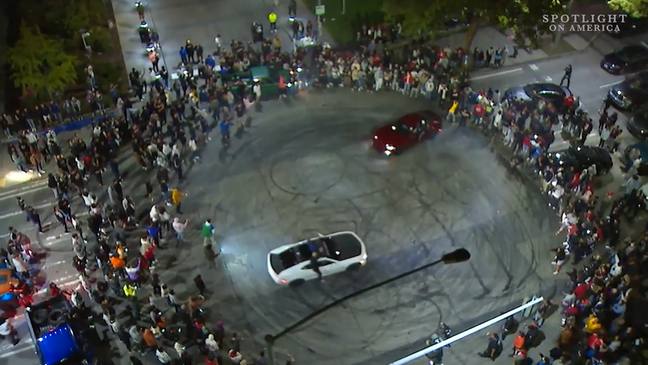 Florida passed a new law allowing street racing videos to be used as evidence to track down violators. Florida House Bill 399, which Governor Ron DeSantis signed earlier this year, went into effect October 1. It bans everything from street takeovers to drag racing to doing donuts on public roads.

Under this law, police don’t have to physically see the incident take place to go after violators. They can simply track down violators based on the license plates, the cars and the people in the video. Violators can be charged with a  misdemeanor and face a possible fine between $500 and $1,000. If charged, they also risk losing their driver’s license up to one year.

There was essentially no opposition to the bill in Florida’s legislature. It passed unanimously.

For now, there is only a patchwork of laws across the country that criminalize the dangerous activity. Because there’s no federal legislation about the issue, individual municipalities are left to come up with their own solutions.

According to Insurify, just in the 10 states they examined, the penalties for street racing range from just a $20 fine to a year of jail time. Insurify also conducted studies which found the following:

My opinion? Expect similar laws to spread around the country. Street racing is an activity on the rise, from Baltimore and Portland to Seattle and Salt Lake City, and many more communities all across America. Chicago recently formed a task force to try to tackle the problem. Just this past month, Phoenix police said four people were killed as a result of street racing. The issue took root during the Coronavirus Pandemic, when roads normally clogged with commuters suddenly emptied, opening the door to a surge in illegal street racing.

Please contact my office if you, a friend or family member are charged with Reckless Driving or any other crime. Hiring an effective and competent defense attorney is the first and best step toward justice.