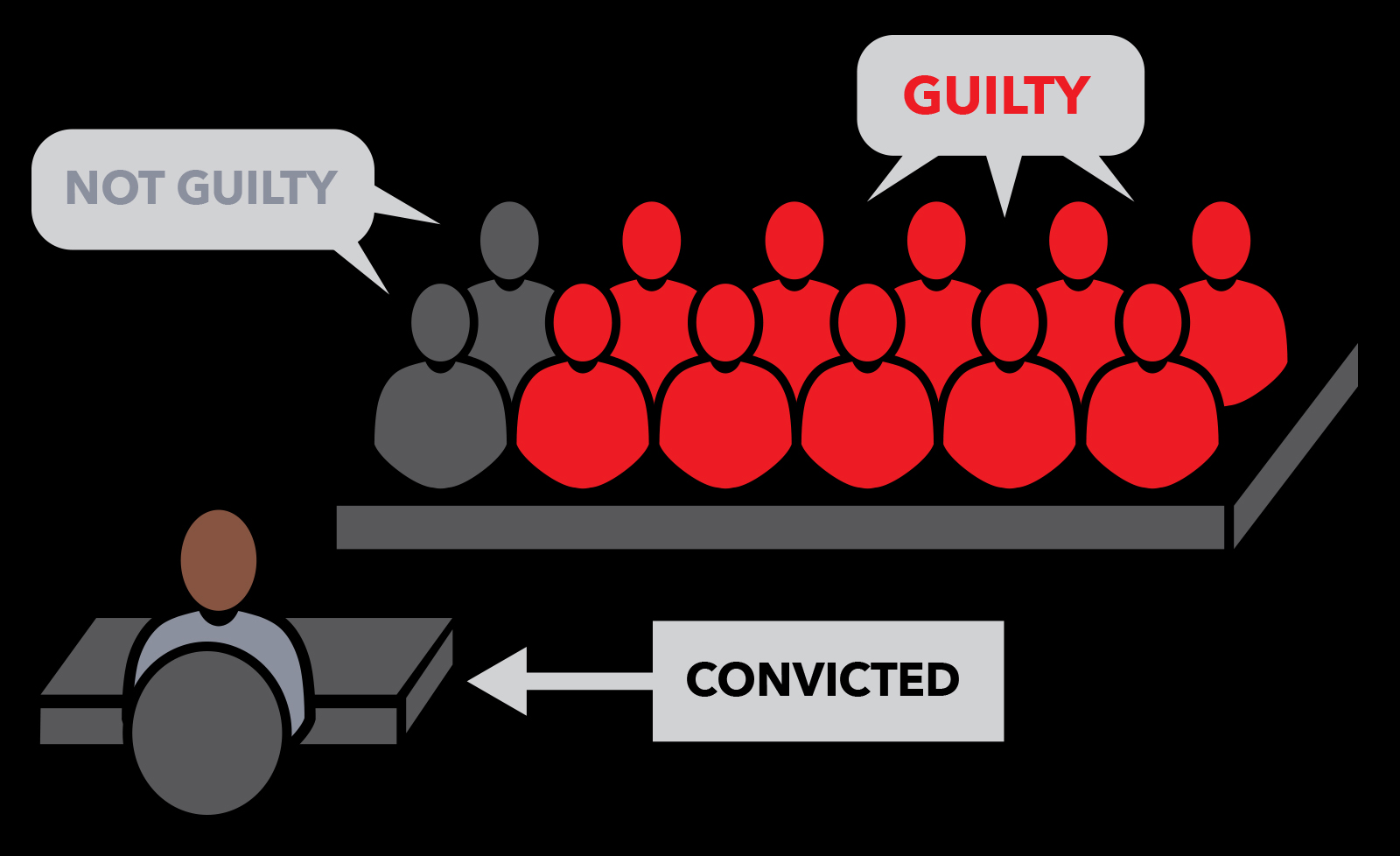 In 48 States and federal court, a single juror’s vote to acquit is enough to prevent a conviction. But two States, Louisiana and Oregon, have long punished people based on 10-to-2 verdicts.

In this case, the defendant Mr. Ramos was convicted of second degree murder in a Louisiana court by a 10-to-2 jury verdict. Instead of the mistrial he would have received almost anywhere else, Ramos was sentenced to life without parole. He appealed his conviction by a nonunanimous jury as an unconstitutional denial of the Sixth Amendment right to a jury trial.

Justice Gorsuch delivered the opinion of the Court, which reversed Ramos’s conviction on the basis that the Sixth Amendment right to a jury trial—as incorporated against the States by way of the Fourteenth Amendment—requires a unanimous verdict to convict a defendant of a serious offense.

First, the Court reasoned that a “trial by an impartial jury” requires that a jury must reach a unanimous verdict in order to convict.

“Juror unanimity emerged as a vital common law right in 14th-century England, appeared in the early American state constitutions, and provided the backdrop against which the Sixth Amendment was drafted and ratified . . . Thus, if the jury trial right requires a unanimous verdict in federal court, it requires no less in state court.” ~Justice Gorsuch, United States Supreme Court

Second, the Court reasoned Louisiana’s and Oregon’s unconventional jury trial schemes had a long history of being viewed as unconstitutional. It stated that jury unanimity was essential to the right to a fair trial guaranteed by the Sixth Amendment. Furthermore, research has demonstrated that a unanimous jury requirement strengthens deliberations, ensures more accurate outcomes, fosters greater consideration of minority viewpoints, and boosts confidence in verdicts and the justice system.

Finally, the Supreme Court overturned its deeply divided decision in Apodaca v. Oregon, which concluded that jury unanimity was required in federal criminal trials but not in state criminal trials. In short, the Court reasoned that modern empirical evidence and subsequent case law have undermined Apodaca’s reasoning and conclusions.

My opinion? The Court’s decision was a major victory for protecting the rights of criminal defendants. The Court recognized that jury unanimity has historically been an essential element of the Sixth Amendment right to an impartial trial by jury in criminal cases. Also, the potential impact of Ramos v. Louisiana extends far beyond issues of criminal procedure, as the justices’ spirited debate over when and whether to overturn precedent took center stage and illustrated deep divisions within the Court.

Please contact my office if you, a friend or family member are charged with a crime. Hiring an experienced and competent criminal defense attorney is the best step toward justice.