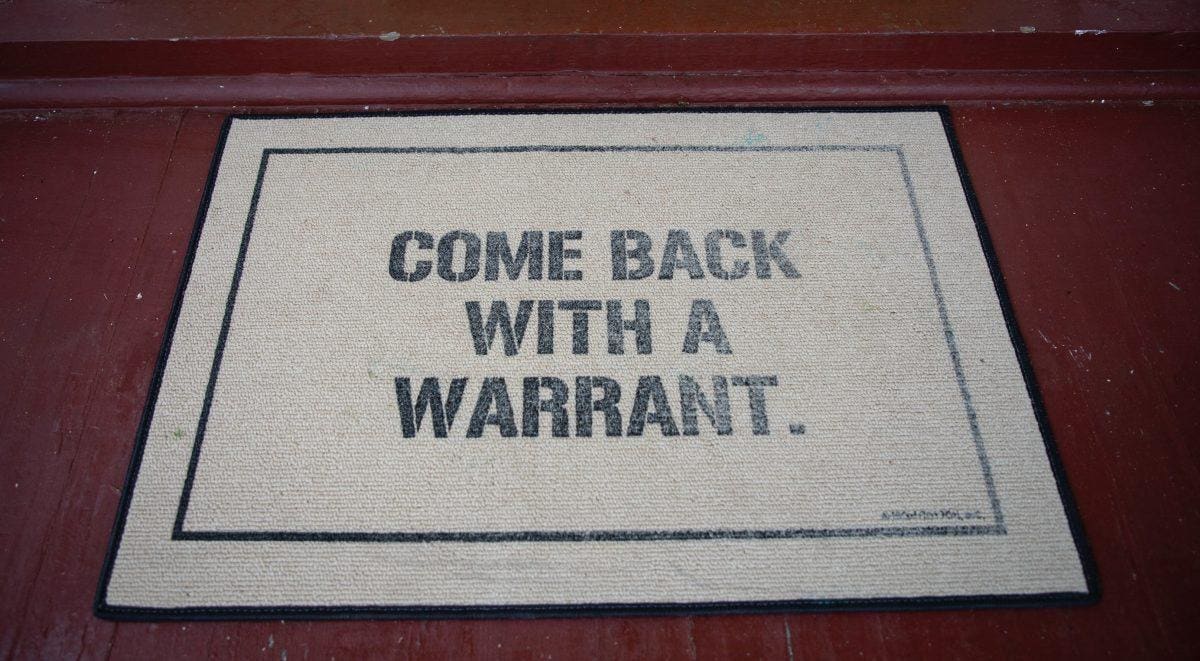 In State v. Beach, the WA Court of Appeals upheld the dismissal of a defendant’s Possession of Stolen Vehicle charges because the police failed to obtain a search warrant and the Community Custody Exception to the warrant requirement did not apply.

On November 27, 2017, a person called 911 to report a young child walking by himself. Officer Nixon responded to the 911 report, and took custody of the child. Officer Nixon decided to drive around the neighborhood to look for the child’s home.

Eventually, the officer saw a house with its front door open. He ran the license plate of the car in the driveway and learned that the car had been reported stolen. He called for backup. At that point, the officer’s interest in determining whether the child lived at the house was secondary to figuring out if this was a home invasion robbery.

Officers arrived. They surrounded the house, with one or two officers going to the back of the house in case someone tried to exit from the back door. Officers knocked loudly on the outside of the house and announced themselves for approximately 30 seconds. When there was no answer, they drew their guns and entered the house, yelling, “This is the Kent Police Department. Come out with your hands up!”

Mr. Beach and his girlfriend Ms. Hall emerged from a rear bedroom. They said that they were sleeping. The officers discovered the couple had outstanding warrants. The officers arrested Beach and Hall. While searching Beach upon arrest, the police found a key to the stolen car in the driveway.

The State charged Beach with one count of possession of a stolen vehicle. Beach moved to suppress any evidence resulting from the warrantless search.

The State argued that the warrantless search was valid under the community caretaking exception because there was real and immediate danger of an ongoing home invasion. The trial court conducted a hearing pursuant to CrR 3.6. After hearing testimony by officers, the court found that the State had not established that the officers were acting within the scope of their community caretaking function, and suppressed the evidence.

Beach moved to dismiss and the court granted the motion. The State appealed.

The WA Court of Appeals explained that the United States Constitution prohibits unreasonable searches and seizures. Also, the WA constitution is often more protective than the Fourth Amendment, particularly where warrantless searches are concerned.

A. Community Caretaking Exception to the Warrant Requirement.

Also, the State must also show that the encounter under this exception was reasonable, which depends on a balancing of the individual’s interest in freedom from police interference against the public’s interest in having the police perform a community caretaking function. Finally, the State must show that a reasonable person in the same situation would believe that there was a need for assistance.

The Court reasoned that here, there was a 911 report about a child wandering blocks away. When Nixon stopped his police car outside of the residence, the child did not indicate that he had any connection to the house. No connection between the child and the house was established until after the officers entered. “Any concern for the child was not an ongoing emergency that would merit the officers going into the home,” said the Court.

And here, the officers did not know of any requests for help from the house before they entered. They did not know anyone was unaccounted for and saw no evidence anyone had been injured. The officers did not see any broken windows, signs of forced entry, or other evidence of a break-in. Once in the doorway, Officer Nixon did not see anything in disarray inside the home that would indicate a struggle or ongoing emergency. When the officers went into the home, the house was in “fine condition.”

Consequently, the Court of Appeals upheld the trial court’s decision that the community caretaking exception to the warrant requirement did not apply and suppressed the evidence.

Please read my Legal Guide titled Search and Seizure and contact my office if you, a friend or family member are charged with a crime and police conducted their search under the “Community Caretaking” exception to the warrant requirement. Possibly, evidence obtained through the search could be suppressed and the charges dismissed.