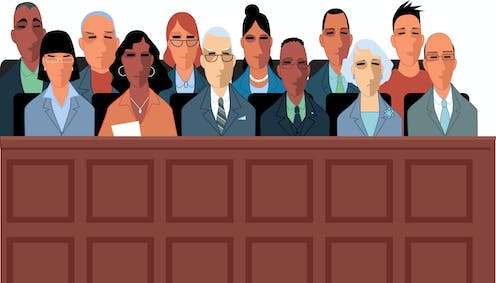 In Godoy v. Spearman, the Ninth Circuit Court of Appeals overturned a murder conviction because a juror inappropriately communicated with a “judge friend” about the case during deliberations.

Enrique Godoy was convicted of second-degree murder by a Los Angeles County Superior Court jury. A week before his June 12, 2006 sentencing, he moved for a new trial alleging that Juror 10 had improperly communicated about the case with a “judge friend” during deliberations. To substantiate his allegations, Godoy brought brought alternate juror “E.M.” to his sentencing hearing. The trial court continued Godoy’s sentencing to a future court date. Later, Godoy sent the Prosecutor a declaration about Juror 10’s misconduct from alternate juror N.L., who wrote the following:

Despite this “smoking gun” declaration, the trial court nevertheless sentenced Godoy to 16 years’ to life imprisonment. Godoy appealed his conviction to the California Court of Appeal, arguing the trial court erred by (1) refusing to presume Juror 10’s communications prejudiced the verdict and (2) refusing to hold an evidentiary hearing on the alleged misconduct. However, the California Court of Appeal rejected both of these arguments on the merits and affirmed Godoy’s conviction. Gody again appealed, this time going to the Ninth Circuit Court of Appeals.

This Ninth Circuit’s opinion began with the following:

“One of the most fundamental rights in our system of criminal justice is the right to trial before an impartial jury. Its common law origin can be traced back to the Middle Ages. It was enshrined in the Sixth Amendment to the Constitution, and it has been embraced by the Supreme Court in numerous cases . . .”

Against this backdrop, the Ninth Circuit held that the California Court of Appeal decision violated the clearly established Supreme Court law that governs this case. It reasoned that under Mattox v. United States, due process does not tolerate any ground of suspicion that the administration of justice has been interfered with by external influence.

“Thus, when faced with allegations of improper contact between a juror and an outside party, courts apply a settled two-step framework,” said the Ninth Circuit. At step one, the court asks whether the contact was “possibly prejudicial,” meaning it had a tendency to be injurious to the defendant. If so, the contact is deemed presumptively prejudicial and the court proceeds to step two, where the burden rests heavily upon the State to establish the contact was, in fact, harmless.

If the State does not show harmlessness – or in other words, if the defendant was, in fact, harmed by the juror’s contact with an outside party – then the court must grant the defendant a new trial.  However, when the prejudicial effect of the contact is unclear, then the trial court must hold a hearing to determine the circumstances of the contact, the impact thereof upon the juror, and whether or not it was prejudicial.

“Here, the California Court of Appeal failed to adhere to this framework in three key respects,” said the Ninth Circuit. First, although the State court correctly acknowledged at step one that N.L.’s declaration raised a presumption of prejudice, it never required the State to rebut that presumption at step two. It concluded instead that the presumption was rebutted because Godoy’s evidence failed to prove prejudice.”

Second, the California Court of Appeal decision to set aside the State court’s failure to hold the State to its burden was error. In other words, it was wrong for the California Court of Appeal to rely on the very same statement from N.L.’s declaration both to raise the presumption of prejudice and to rebut it.  “This defies not only logic, but also the clearly established definition of a ‘presumption,’” reasoned the Ninth Circuit.

Third, the California Court of Appeal denied Godoy a hearing on prejudice under the wrong legal rule. It held he had to show a “strong possibility” of prejudice, but Remmer requires a hearing whenever, as here, the presumption attaches but the prejudicial effect of the contact is unclear from the record. “Because the state court’s decision contravened these bedrock principles, it was contrary to clearly established Supreme Court precedent under 28 U.S.C. § 2254(d)(1),” reasoned the Ninth Circuit.

The Ninth Circuit concluded that because Godoy showed the presumption of prejudice, he was entitled to the evidentiary hearing that he never had to begin with. With that, the Ninth Circuit reversed the judgment of the lower court and remanded the case back with instructions to hold an evidentiary hearing to determine the circumstances of Juror 10’s misconduct, the impact thereof upon the jury, and whether or not it was prejudicial.

My opinion? There’s a lot to be learned from this case. First, in all of my trials I admit a jury instruction prohibiting the jurors from accessing the internet and/or their smartphone devices. Jurors must rely on the evidence and the law and not be guided by outside influences. Second, I try and discuss the case with jurors immediately after they render verdicts. These conversations are very helpful teaching moments because jurors reveal what swayed their decisions. Also – and important to the defense of my clients – jurors may reveal whether their fellow jurors committed misconducts  similar to the type described in this case.

Good decision. And kudos to the defense attorney who discovered the juror misconduct. Although my heart goes out to the friends and family of the murder victim, justice is not served when our courts fail to administer their obligation to give defendants a fair trial.