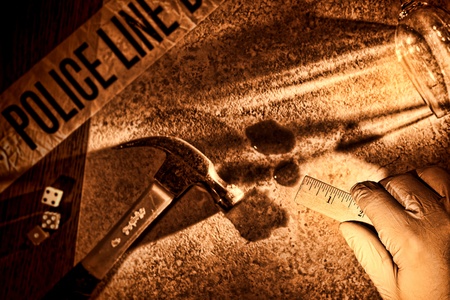 In State v. Whitaker, the WA Court of Appeals held that a trial court properly admitted 15 of 100 autopsy photographs over the objection of the defendant who was charged with aggravated murder. The probative value of the photographs in helping to illustrate the medical examiner’s testimony outweighed their prejudicial effect.

Mr. Whitaker was charged with helping his friend Mr. Anderson and several others kidnap and Ms. Burkheimer, who was Anderson’s ex-girlfriend. Whitaker helped to bind, hide, and transport Burkheimer. He helped to dig her grave, rob her, bury her, and destroy evidence
of her murder.

The jury found Whitaker guilty of premeditated first degree murder, with an aggravating factor of Kidnapping and a firearm enhancement, and conspiracy to commit first degree murder. During the trial, Whitaker moved for a mistrial several times, alleging numerous errors were made during trial; one of the errors being whether the trial court improperly admitted the photographs of the victim’s autopsy.

The WA Court of Appeals upheld Whitaker’s conviction and reasoned that accurate photographic representations are admissible, even if gruesome, if their probative value outweighs their prejudicial effect.

“A bloody, brutal crime cannot be explained to a jury in a lily-white manner.”

“The admission of autopsy photographs is in the sound discretion of the trial court,” said the Court of Appeals. “Photographs have probative value where they are used to illustrate or explain the testimony of the pathologist performing the autopsy. Unless it is clear from the record that the primary reason to admit gruesome photographs is to inflame the jury’s passion, appellate courts will uphold the decision of the trial court.” Furthermore, reasoned the Court, the law requires an exercise of restraint, not a preclusion simply because other less inflammatory testimonial evidence is available.

The medical examiner’s testimony explaining the photographs and his conclusions about Burkheimer’s injuries was straightforward and not inflammatory.

“There is no doubt that these photographs are disturbing,” said the court. “But this was a brutal crime, and the record does not show that the primary reason for admitting the photographs was to inflame the jury.” Rather, reasoned the Court, the photographs were admitted to support the testimony of the medical examiner. “The State did not offer all 100 of the photographs but instead selected 15 that best illustrated Burkheimer’s injuries,” said the Court. Therefore, the trial court did not abuse its discretion by admitting them.

With that, the Court of Appeals upheld Mr. Whitaker’s conviction and sentence.

My opinion? The admissibility of evidence is one of the most important battles in trial practice. Courts conduct balancing tests on this issue under Evidence Rules 401, 402 and 403. Under these evidence rules, judges can admit evidence which is relevant and probative as long as the evidence is also not prejudicial to the defendant’s case.  Prejudicial evidence includes evidence which may inflame the passions of the jury. Understandably, however, the prejudicial effect can be outweighed by the probative value. In this case, the probative value of the medical examiner’s testimony outweighed the prejudicial effect these photos may have had on the jury.