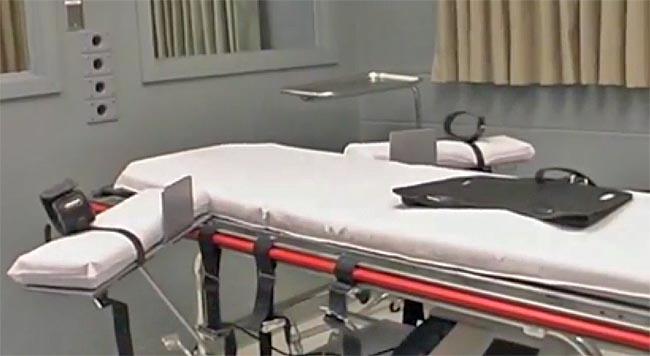 Excellent article reporter Max Wasserman of the News Tribune reports that lawmakers are optimistic that 2018 may bring the end of Washington’s death penalty, following changes in senate leadership and years of stalled attempts in the state Legislature.

Wasserman reports that under current state law, individuals found guilty of aggravated first-degree murder can be put to death by hanging or lethal injection. The latest bill would replace that sentence with life imprisonment without the possibility of parole. Should it pass, Washington would a list of other states that have eliminated capital punishment in recent decades.

Wasserman also reports that the new chair on the committee overseeing the bill, state Sen. Jamie Pedersen, D-Seattle, expects the current push to abolish the death penalty to make it through the senate and possibly to the governor’s desk — the farthest any related bill would have made it in five years.

“The stars may be aligning now for support of doing away with the death penalty,” Pedersen said.

Washington’s death penalty has been seldom used in recent years. In 2014, Washington Gov. Jay Inslee placed a moratorium on capital punishment, suspending the practice for as long as he’s in office. The state’s last execution occurred in 2010 when Cal Coburn Brown, convicted for the 1991 rape and murder of 21 year-old Holly Washa, was put to death by lethal injection.

Despite its lack of use, the death penalty remains on the books in Washington. Attempts to match the governor’s position in the legislature have stalled in the past five decades, despite widespread support among lawmakers for abolishing it.

Wasserman reports that some place blame with prior leadership of the senate’s Law and Justice Committee. Sen. Mike Padden, R-Spokane Valley, who has been replaced by Pedersen as chairman of that committee, would not grant past death-penalty bills a hearing.

“I don’t anticipate I’ll be supporting the bill,” Padden said this week. “Some crimes are so heinous and so brutal that I think the death penalty is appropriate”

Padden pointed out that capital punishment also has been used as a negotiating tool against some of the state’s most egregious offenders, including serial killer Gary Ridgway. Ridgway — also known as the Green River killer — agreed to tell prosecutors the whereabouts of victims in exchange for the death penalty being taken off the table in his case.

Apparently, the state’s prosecutors are split on whether to abolish the death penalty.

“The death penalty is a question with profound moral implications, certainly worthy of wide discussion,” Pierce County Prosecuting Attorney Mark Lindquist said. “That discussion should not be limited to legislative debate in Olympia, but instead should be the subject of civic dialogue around the entire state.”

Tom McBride, the executive director of the Washington Association of Prosecuting Attorneys, defended the death penalty while leaving the door open for future reform.

“The constitutionality and evenhanded imposition of the death penalty in Washington State are issues that we will defend; but the costs, timely imposition and ultimate appropriateness of death for aggravated murder is certainly open to debate,” McBride told The News Tribune via email.

CRITICS OF THE DEATH PENALTY

Wasserman reports that critics of the death penalty have long scrutinized the practice as a high-stakes arm of an imperfect justice system that can — and has — executed innocent people. More than 150 people nationwide have been exonerated from death row since 1973, according to data from the National Coalition to Abolish the Death Penalty (NCADP).

One of those cases occurred in Washington. Benjamin Harris was sentenced to death in 1986 for the murder of Jimmie Lee Turner, a Tacoma auto mechanic, only to have the charges dropped on appeal 11 years later. Inadequate defense counsel may have led to Harris’ initial conviction, a point NCADP program director Toni Perry believes is emblematic of wealth disparities in capital sentencing.

“Minorities, persons with diminished capacities who can’t defend themselves, who can’t get a good attorney — it’s arbitrary. There are no rich people on death row,” Perry said.

The death penalty also comes with fiscal baggage. Largely due to legal fees in the appeal process, the death penalty costs an average $1 million more per case than life imprisonment in Washington, according to a 2015 Seattle University study of state convictions.

For these reasons, Washington Attorney General Bob Ferguson called upon the Legislature to do away with the practice last year. Five states — New Jersey, New Mexico, Illinois, Connecticut and Maryland — have since 2007 passed legislation to eliminate their death penalty.

“There is no role for capital punishment in a fair, equitable and humane justice system,” Ferguson, who requested this year’s bill, said in 2017 press release.

“Whether new leadership and a Democratic majority will be enough to achieve the goal one year later remains to be seen,” reports Wasserman.