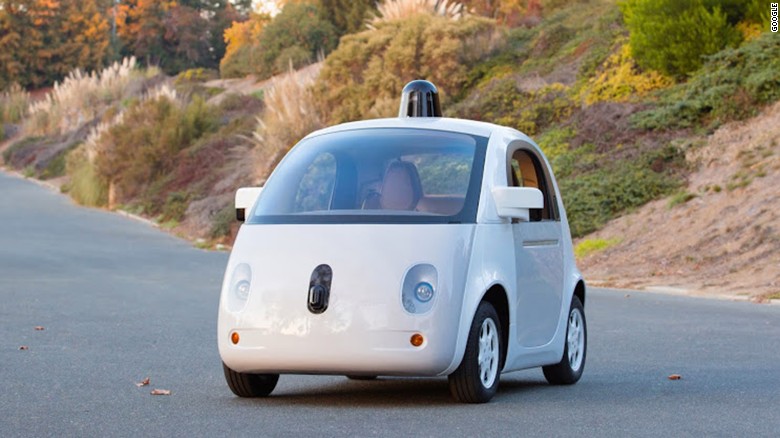 Informative article by Tim Johnson of McClatchy DC Bureau reports that driverless cars could potentially be used by criminals, hackers and terrorists who want to employ them for mayhem and criminal purposes.

Johnson reports that the manufacture of self-driving cars is already underway among major automakers and Silicon Valley tech giants, and a handful of current models allow limited hands-free driving and even park themselves. Before long, experts say, totally autonomous vehicles will hit the roads, starting with taxis and fleet delivery vehicles.

The clearly visible potential danger, Lin and others say, focuses on vulnerability to hackers who could turn driverless autos into vehicles for mayhem if not into weapons themselves.

CAN ELECTRONIC CARS BE “TAMPER-PROOF?”

Lots of questions remain over whether the electronic systems of self-driving vehicles can be made tamperproof, and if humans aboard will be able to override if systems go haywire.

Some engineers say glitches are common and adoption is likely to be gradual.

“Most people don’t understand how easy it is to hack into a driverless car, and then basically steer it off course,” said Dr. Mary Cummings, a former Navy fighter pilot who heads the Humans and Autonomy Laboratory at Duke University’s Pratt School of Engineering.

Cummings said she views hackers as a greater threat than criminals or terrorists when it comes to autonomous vehicles.

Johnson reports that the FBI, in an unclassified report obtained by The Guardian in 2014, voiced concerned about how “game changing” autonomous cars may become for criminals, hackers and terrorists, turning the vehicles into more potentially lethal weapons than they are today. An FBI spokesperson did not immediately respond to a query about the impact of autonomous cars on law enforcement.

“The FBI is already worried about robo-getaway drivers, which frees up a suspect to shoot back,” Lin said. “Criminals might be able to make a better escape, if a road full of self-driving cars will always move out of the way when you threaten a collision.”

Criminals might commandeer self-driving vehicles and trap passengers inside until they pay a ransom, Lin said, or use camera-equipped models to case robbery locations over longer periods since the cars don’t need to eat or sleep. They can ditch accomplice drivers, who often have loose lips, as they conduct crimes.

Society still has to decide how much invasive technology it will permit in self-driving cars in the name of safety, experts said. Should they contain sensors to detect explosives or narcotics to halt terrorism and crime? Cameras to record what happens inside the vehicles?

“If law enforcement pulls over an empty self-driving car that’s carrying contraband, they can likely track down the user,” Lin said. “Cars aren’t as disposable as burner phones.”

A less cinematic scenario, experts say, is that terrorists might use only one or two autonomous vehicles in an attack, perhaps blocking a tunnel leading into a metropolis to divert attention from a pending attack elsewhere in the city.

Terrorists might seek to program autonomous vehicles to carry out attacks far in the future, with explosives or as a weapon to plow into crowds.

“Can I instruct a car to do something a year in advance? What if I’ve been dead for most of that year?” asked Martin C. Libicki, an information technology and national security expert.

Such fears tend to eclipse consideration of how self-driving vehicles are bound to lead to a steady, dramatic drop in traffic fatalities. In 2016, 37,461 people died in traffic accidents.

The vast majority of fatalities are caused by drivers who are distracted, drunk, not wearing seat belts, sleepy or otherwise not paying full attention.

“This is going to sound cold hearted,” began Arthur Rizer, director of criminal justice at R Street Institute, a conservative think tank in Washington, but the terrorist danger from autonomous vehicles “is minute compared to the lives that we will save just from reducing traffic accidents.”

Rizer said police departments across the country might face a drop in income as traffic fines and tickets decrease. Self-driving vehicles will be programmed to obey traffic laws. Traffic tickets cost drivers an average of $150.

“Revenue will plummet. Also, court revenues will plummet because courts make a lot of their money off of fees,” said Rizer, a former police officer and Justice Department prosecutor. Rizer said reducing the focus of police on traffic violations will certainly be part of a changing landscape for police forces brought about by autonomous vehicles. But he said police, too, will be freed somewhat from traffic patrols.

Yet to be seen is whether law enforcement will be empowered with remote “kill switches” for officers to use if they deem a self-driving vehicle to be operating suspiciously.

Lin concurred that as resources shift, police tactics will also need to shift.

“The police will no longer have a pretext for stopping a car if the vehicle never speeds, never drives recklessly, and so on,” Lin said. “Resources for highway patrols could be shifted to more targeted operations, if fewer traffic cops are needed.”