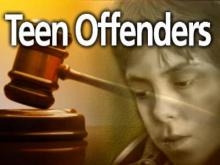 In State v. O’Dell,  the Washington Supreme Court held that a defendant’s youthfulness can support a lower prison sentence.

About 10 days after his 18th birthday, O’Dell had sex with 12-year-old A.N. The two met up on Sunday afternoon, along with a mutual friend, to drink wine and smoke cigars in the woods. Apparently, she, the friend, and O’Dell made plans to meet up again later that night but that the friend did not join them as planned. She and O’Dell sat in the woods to wait for their friend and, after a few minutes of talking, O’Dell forcibly raped her.

Sean O’Dell was convicted of Rape of a Child Second Degree. At O’Dell’s sentencing hearing, the defense requested a lighter sentence because, as he said it,  “The defendant’s capacity to appreciate the wrongfulness of his conduct, or to conform his conduct to the requirements of the law, was significantly impaired by youth.”

The defense also argued that when O’Dell committed his offense, he “was still in high school, associating with school age persons” and “was not some mid-twenties man hanging out at the local high school or trolling the internet for young people.”

Finally, the defense quoted portions of the United States Supreme Court’s decision in Roper v. Simmons, which held that it is unconstitutional to impose the death penalty on a juvenile. Roper relied on research, by various medical and psychiatric associations, indicating that juveniles are more susceptible to negative influences and impulsive behavior and therefore less morally culpable for their crimes relative to adults.

Despite Defense Counsel’s arguments, the trial court sentenced O’Dell to 95 months of prison and said that it could not consider age as a mitigating circumstance.

O’Dell committed this offense 10 days after his 18th birthday. As stated by his defense attorney, “had the incident happened two weeks prior, and assuming the State could not convince the Court to prosecute O’Dell as an adult, he would be facing 15-36 weeks in a well-guarded juvenile detention facility … rather than 78-102 months in an adult prison.”

On appeal, O’Dell challenged his 95-month sentence. He argued that the trial court abused its discretion when it refused to consider O’Dell’s own relative youth as a basis to depart from the standard sentence range.

The WA Supreme Court ruled that the trial court erred when it refused to consider O’Dell’s youth as a mitigating factor justifying a lower sentence. First, it reasoned that all defendants 18 and over are, in general, equally culpable for equivalent crimes. But it could not have considered the particular vulnerabilities – for example, impulsivity, poor judgment, and susceptibility to outside influences – of specific individuals. The trial court is in the best position to consider those factors.

Second, the WA Legislature defining an adult felony offender as “18 and over” did not have the benefit of psychological and neurological studies showing that the parts of the brain involved in behavior control continue to develop well into a person’s 20’s:

These studies reveal fundamental differences between adolescent and mature brains in the areas of risk and consequence assessment, impulse control, tendency toward antisocial behaviors, and susceptibility to peer pressure. Until full neurological maturity, young people in general have less ability to control their emotions, clearly identify consequences, and make reasoned decisions than they will when they enter their late twenties and beyond.

Finally, the Court concluded, in light of what we know today about adolescents’ cognitive and emotional development, the defendant’s youth may, in fact, relate to a defendant’s crime that it is far more likely to diminish a defendant’s culpability; and that youth can, therefore, amount to a substantial and compelling factor justifying a lighter sentence. “For these reasons, a trial court must be allowed to consider youth as a mitigating factor when imposing a sentence on an offender like O’Dell, who committed his offense just a few days after he turned 18.”

My opinion? Good decision. The defense attorney was very intelligent to provide the court with studies showing that young offenders have less ability to control their emotions and impulses. This is very true. Indeed, this reasoning is exactly why the Washington Legislature adopted the Juvenile Justice Act in 1977 and treats young offenders differently than adult offenders.

Here, although the Defendant was categorically denied Juvenile Court because he was 18 years old, he was barely 18 years old when he committed the offense. He’s much closer to being a child than an adult. And until a young person turns 25, their brains haven’t fully developed. Good decision.