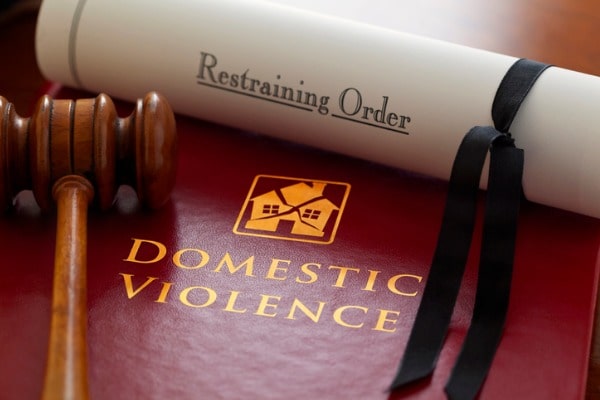 In State v. McDonald The Court ruled that violations of a Domestic Violence No-Contact Order are included in an offender score for felony DV convictions.

In this case, the defendant Christopher McDonald was charged with Assault of his girlfriend Julianne Vanas  during a car ride. The court entered No-contact Orders prohibiting contact between the defendant and his girlfriend. The defendant contacted Vanas via phone numerous times while he was in custody. The jail recorded the phone calls. At one point, the defendant told Vanas she needed to be persistent about calling the Prosecutor and saying she would not follow through with the charges.

At trial, the defendant was convicted of Felony Tampering With a Witness and six gross misdemeanor violations of a No-Contact Order. Regarding the charge of Assault in the Second Degree, the jury returned a guilty verdict on the lesser offense of Assault in the Fourth Degree, also a gross misdemeanor. By special verdicts, the jury found each count was domestic violence. The jury returned not guilty verdicts on Unlawful Imprisonment and Assault Fourth Degree.

At sentencing, the court calculated McDonald’s offender score as “7” based on prior convictions. Because McDonald’s current conviction was a domestic violence offense, the court added 1 additional point for each of the current domestic violence gross misdemeanors, yielding a total offender score of 14 points (this is HIGH). The court sentenced McDonald to 51 months prison for Tampering With a Witness and imposed consecutive sentences for the Assault Fourth Degree and No-Contact Order convictions. The defendant appealed, saying the trial court miscalculated.

The Court of Appeals upheld the trial court’s calculations of the defendant’s felony score pursuant to RCW 9.94A.525(21).

Here, the defendant argued (1) the statute does not apply, (2) the court gave erroneous jury instructions, (3) he was given ineffective assistance of counsel, and (4) the trial court improperly included his six current convictions for violating a domestic violence No-Contact order in calculating his offender score for Tampering With a Witness – a domestic violence conviction.

The court rejected the defendant’s arguments. It reviewed the legislative intent of the statute from the plain language enacted by the legislature, considering the text of the provision in question, the context of the statute in which the provision is found, related provisions, and the statutory scheme as a whole. The Court also stated, “We must avoid constructions that yield unlikely, strange or absurd consequences.” And here, apparently the defendant’s interpretation of the law was unpersuasive.

Let’s assume these “minor convictions” for domestic violence included a Malicious Mischief Third Degree conviction for breaking a vase while arguing with a girlfriend, or a minor Assault Fourth Degree domestic violence conviction involving a “push & shove” with no injuries,  mutual combat and drugs/alcohol ingested by the defendant and victim prior to the argument.

It seems over-the-top that these types of domestic violence convictions can count toward a felony offender score and expose a defendant to substantially more months, if not years, in prison should they face a pending felony domestic violence charge.  This type of math inevitably kills negotiations between defendants and prosecutors. It forces defendants to go to trial. Is that justice?